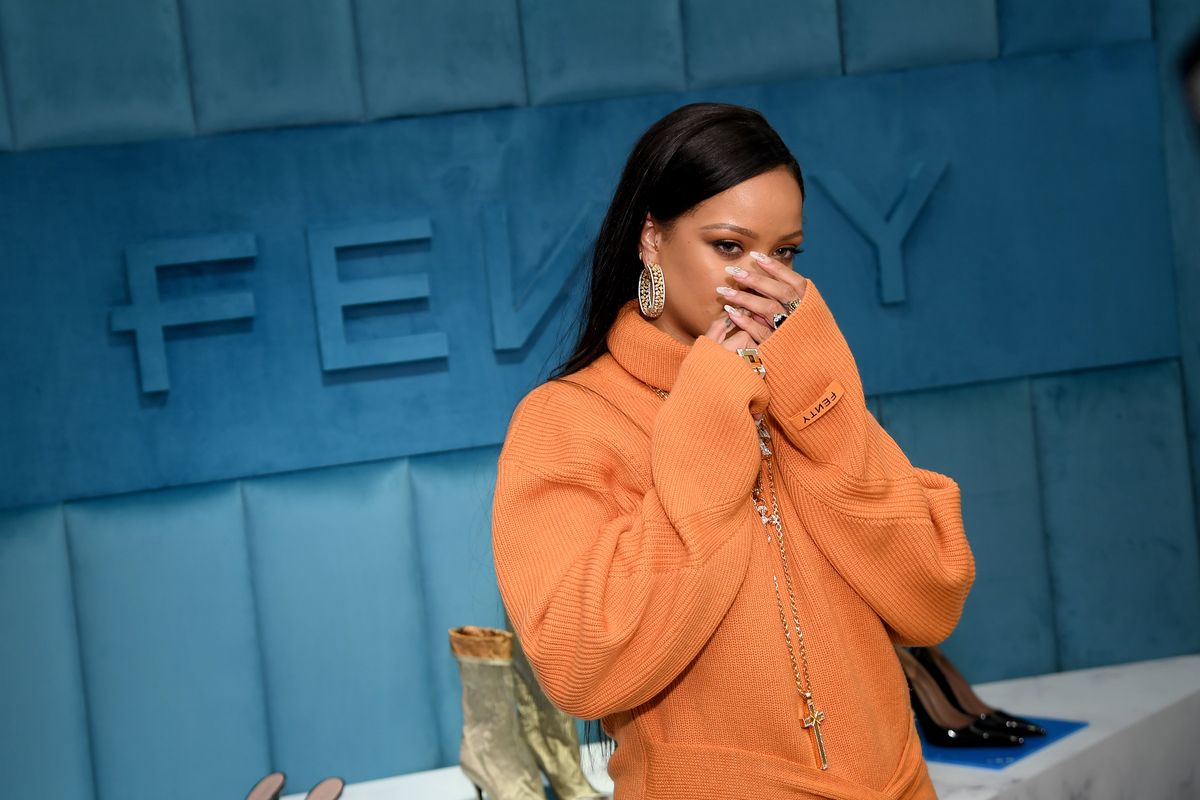 Rihanna Gives Us an 'R9' Update

Listen, Rihanna is well-aware that everybody is dying to know what the deal with R9 is.

All we know for sure is that it allegedly exists and has a reggae influence (but even that detail is two years old at this point, so who knows if it's changed or not). The constant pleas to drop her album have basically become a meme at this point, and even Ms. Fenty herself couldn't help but get in on it too.

But if you're looking for an apology from Rihanna for taking so long, you should know by now that you aren't going to get it.

In a new interview with Entertainment Tonight, she addressed the delay saying, "I am always working on music and when I am ready to put it out in the way that I feel fit, it's gonna come out." Fair point — it isn't like Rihanna hasn't been busy building a multi-million dollar fashion and beauty empire in the past few years or anything. Dare we even mention the fact that she just nabbed an Emmy nomination for last fall's blockbuster Savage X Fenty runway showcase?

In Rihanna's defense, crafting a worthy follow-up to 2016's ANTI is a tall order, not that she isn't up for the task. But it makes sense that she would maybe want to take her time with this one. Perhaps we should count ourselves lucky that music is still even on the list of priorities for Rihanna, given that she not only has a hit beauty line, fashion line, lingerie line and now Fenty Skin setting even records is basically a drop in the bucket at this point.

Plus, even if R9 were to drop right this second it would be over a year at the earliest that she could mount a tour thanks to Miss Rona.

All of that being said, rest assured that Rihanna promises, "You're not going to be disappointed when it happens. It's going to be worth it." As if there was ever any doubt it wouldn't be.