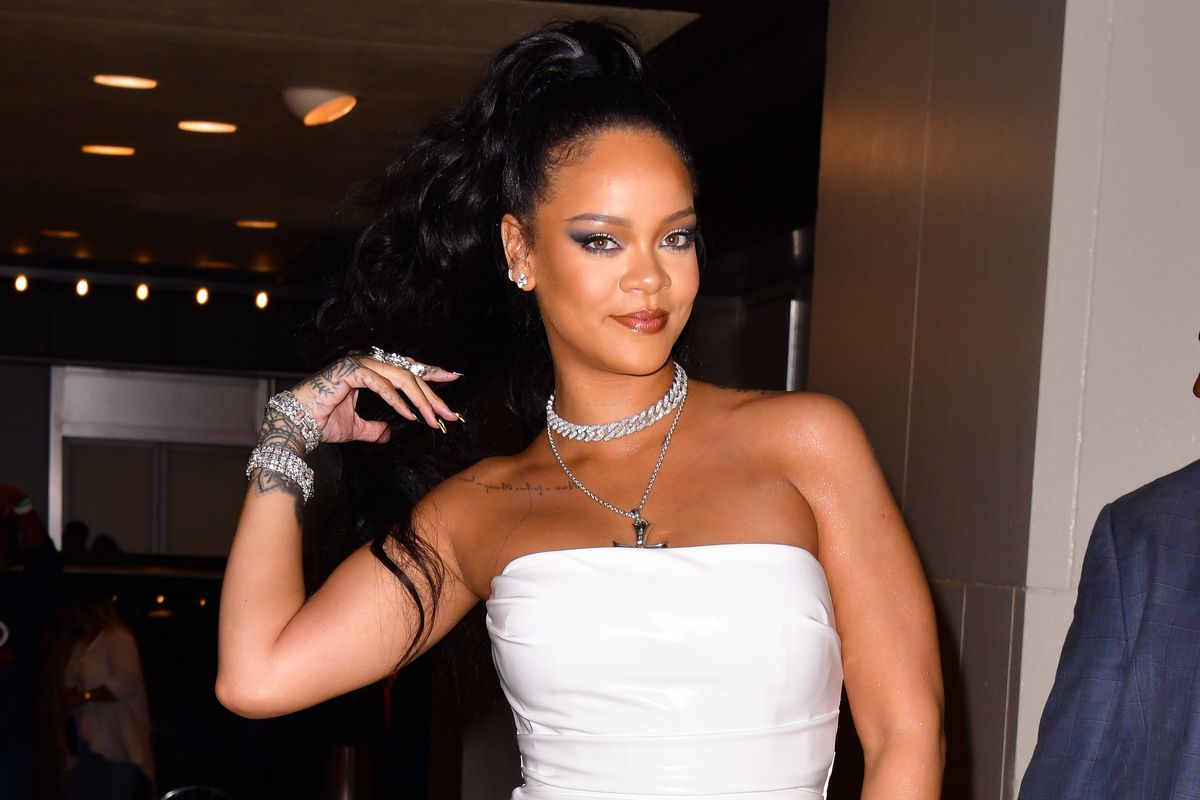 The Navy prickled when Anna Wintour asked Rihanna in her (sort of — they weren't in the same room) one-on-one Vogue Q&A, if the superstar "hoped to have a baby soon."

Being forced to discuss reproductive plans is one of the many indignities artists and celebrities with wombs have suffered over the years. So the 31-year-old's fans weren't pleased Anna went straight for the baby question, over any other question in the world.

Related | Why Rihanna Turned Down the Super Bowl

Answering Anna at the time, Rihanna simply said cheekily, "I don't think about stuff like that, but... God's plan! But I look forward to all of the pregnancy rumors after this interview."

Now Rihanna has a message for those who were miffed: don't worry.

At the launch party for her new "visual autobiography," she addressed the encounter with Extra, explaining why she empathized with concerned fans, but that she didn't mind, because she does eventually want to be a mom.

Related | Jamaica Is Trying to Steal Rihanna From Barbados

"A lot of women get very defensive. It's personal. It's our bodies. And, of course, it's our time," she said. "And it's not necessarily everyone's dream to be a mom, but it's mine, so I'm fine. Anna just wants to know what the people want to know."