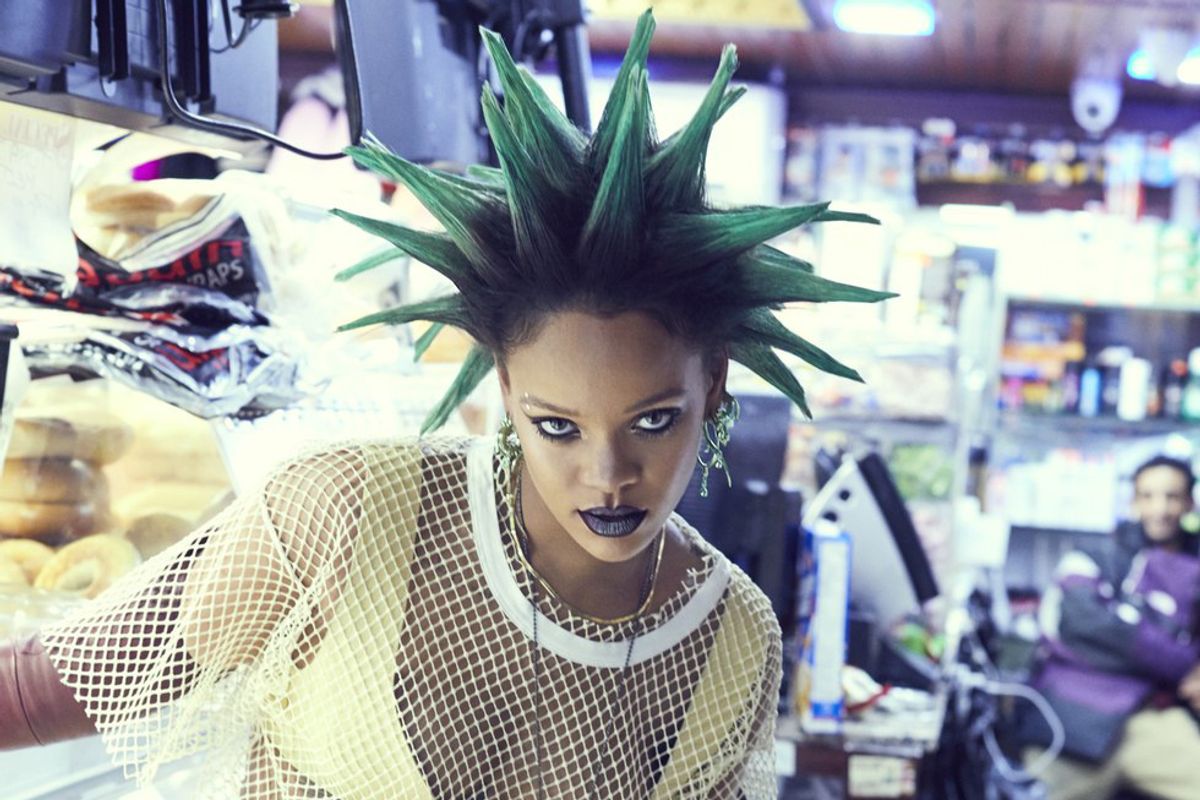 Italian photographer Paolo Roversi has revealed a series of previously unseen photos of Rihanna, now on display at the solo exhibition "Storie" at the Palazzo Reale in Milan for the Vogue Photo Festival through December 17.

Roversi and Rihanna met in 2014 and have worked together closely several times since, with the photographer first shooting the singer in his Paris studio, using the 8x10 format camera he's used throughout his 20 year career.

Those pictures were used as the cover of i-D's 2015 music issue, and he later shot a series of images for the lead up to her game-changing ANTI album, creating single artworks for the singles "Bitch Better Have My Money," "Kiss It Better," and "Needed Me."

In a recent conversation with Vogue, Roversi discussed working with RiRi, saying, "She's fantastic, a true artist. We worked in my studio for two days. Her presence is extraordinary: how she moves, the confidence, the control over her body, the energy, the sensuality. She's completely aware of the power of her beauty. She's an artist, in the very same way that a good model is also an artist, not only a pretty face."

The photographer has also worked with such legendary names as Naomi Campbell and Kate Moss, and added to Vogue, "A fashion picture for me is always a portrait; in fact, it's a double portrait, of the woman and of the dress. Voilà! That's the right definition: a double portrait."

See some of the photos, captured by museum visitors, below: