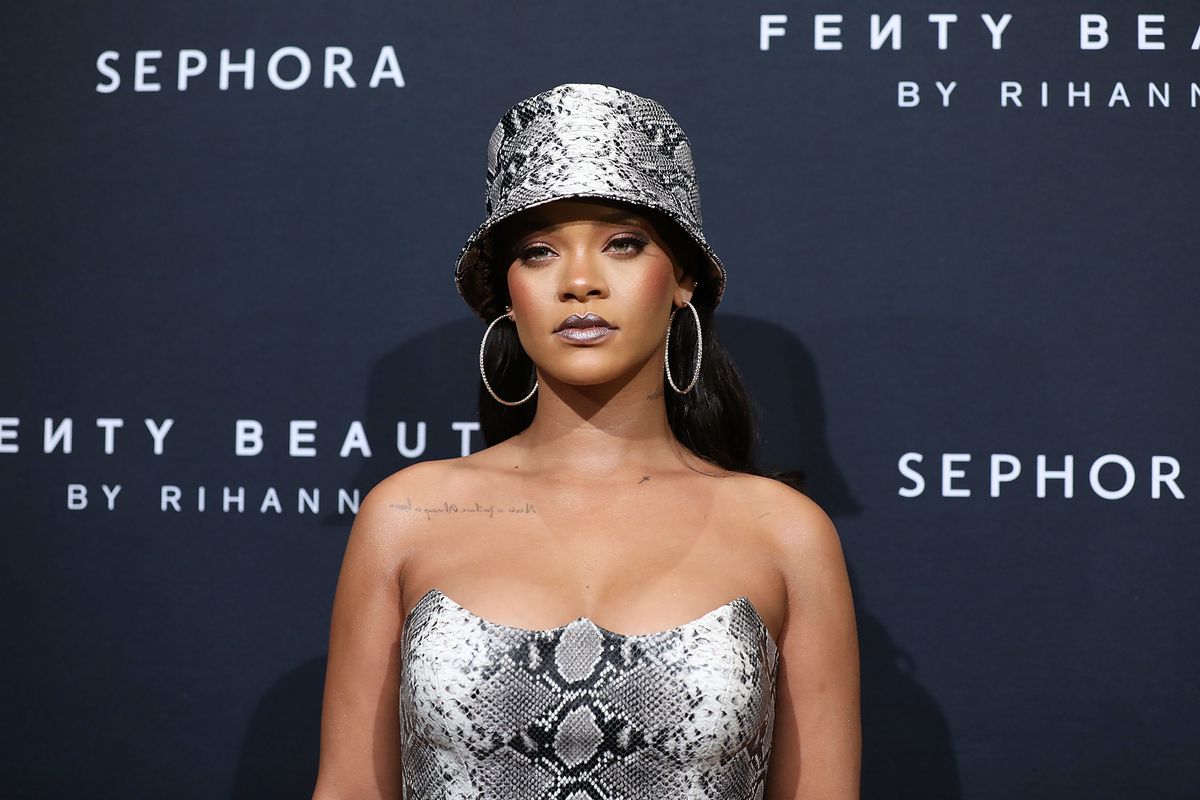 Rihanna Hints She had a Nipsey Hussle Collab in the Works

Rihanna seems to have been deeply affected by Nipsey Hussle's death. Her Twitter is typically pretty quiet and mostly dedicated to Fenty Beauty, however, in the ten days since his death, she's posted more than a few times in remembrance of the rapper. In her latest tribute, she revealed the heartbreaking news that there was (at least the idea) for a potential collaboration between her and Hussle in the works, that they'll never get to complete.

Rihanna shared a screenshot of texts between between Hussle and producer Hitmaka, in which the artists talk excitedly about recruiting Rihanna for a new song.

"If this was U and Rihanna. Hot 100 #1" Hitmaka texted rapper, alongside a new track seemingly titled "On My Mind."

Hussle responded enthusiastically: "We gotta get Rihanna then."

It's not clear if Hitmaka and Hussle had reached out to Rihannna about the potential track yet, or if she only learned about the Nipsey Hussle (feat. Rihanna) hit that might have been after he died. However, it seems likely given her admiration for the rapper that Rihanna would have been down — and the knowledge of their unfulfilled collab is a painful reminder of the artistic loss of Nipsey Hussle's death, as well as the personal tragedy for his friends and community.

Rihanna's clearly feeling both. She took the time to create a special tribute to Lauren London, Hussle's girlfriend of five years, tagging her in a seemingly homemade montage of photos of London and Hussle set to NAO's "Another Lifetime."

Rihanna also shared a clip of of Hussle's 2008 breakout hit "Hussle In The House," writing "still can't think about anything else...can't believe someone would rob us of you."

still can’t think about anything else...can’t believe someone would rob us of you @nipseyhussle https://t.co/URRcT8vTLd
— Rihanna (@Rihanna)1554250086.0