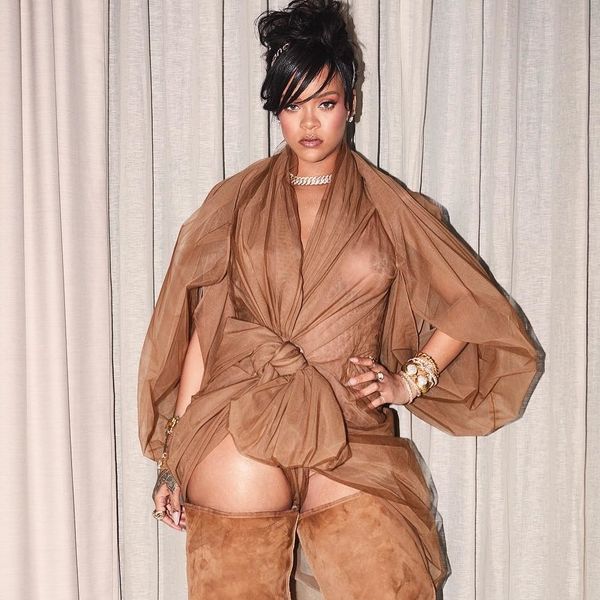 We've been watching the Coachella looks, the makeup drops, the Puma collections, and the lingerie lines, all while whispering into our pillows at night, "But Rihanna, sis, where is the new music?" Well, she's coming.

Sliding into her own Instagram comments, Rihanna replied this week to fans who hoped amid all the new ventures, she might slip a little album announcement in there. But wait.

The long-awaited follow-up to 2016's Anti is on its way; outlets are even reporting that it might be a double disc release, with one album featuring a host of chart-friendly tracks, and the other more Anti-esque and experimental.

A source told Metro: "Rihanna wasn't happy with how her last album performed — even though she loved how it turned out, she knows she needs a new project full of smash hits to avoid two back-to-back flops."

While it's criminal to call Anti a "flop," we won't say no to an album of "smash hits."