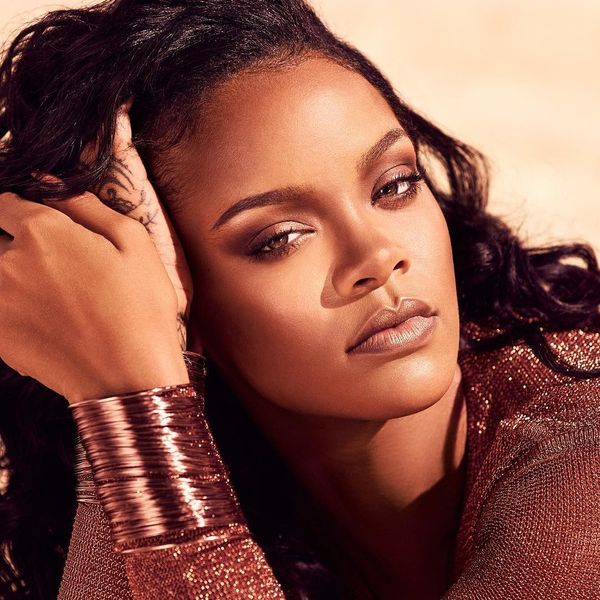 Rihanna's new album is reportedly ready to drop any time now, and her fans are growing impatient. While the singer's been promoting new products for her makeup line FENTY Beauty, and her lingerie SAVAGE x FENTY, she hasn't said a peep about new music. So now, people in her Instagram comments are demanding bops — but RiRi won't have any of this nagging.

As captured by Comments By Celebs, a couple of commenters wrote to Rihanna in her latest video promo post for the Sunstalkr Bronzer, complaining about her musical silence. One commenter said, "ok now can u please go back to singing." RiRi did not back down, and replied, "i love how y'all tell me what to do. it's great."

To the other commenter who wrote, "Annoyed. We want the album sis," she delivered a sick burn and said, "well this is bronzer."

It looks like we'll all just have to patiently await the coming of Rihanna's ninth album, although recent reports from Us Weekly insiders who have confirmed that Rihanna has finished recording the studio album. Late last year, RiRi herself also confirmed in her Instagram comments that the album is coming sometime this year.

She also revealed in her Vogue cover story interview that her new music will be exploring the reggae genre. She mentioned, specifically, that she's going to be taking cues from Bob Marley and Supa Dups (producer of her 2016 collab with Drake, "Too Good").

There have really been no clues as to when the album's dropping, but we shouldn't be rushing RiRi. After all, you can't rush perfection.