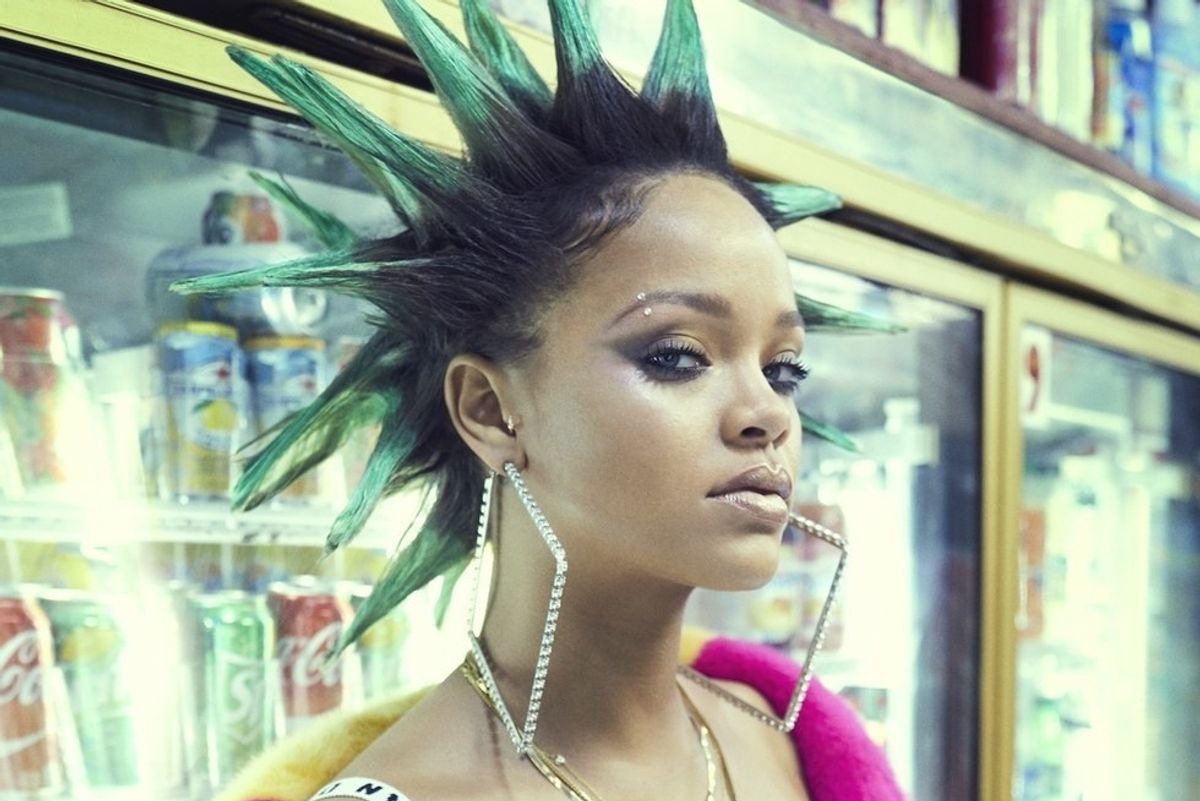 While Rihanna has been busy starring in summer blockbusters, creating new Fenty Beauty releases, launching her Savage lingerie line and shutting down rumors about her billionaire boyfriend with animal memes, our Bajan superstar has also been working on a new dancehall album that will reportedly reflect her Caribbean roots more than any work of hers has before. While the project has been for the most part under wraps, Rolling Stone has gathered some intel from eight unnamed sources close to the process about what we can expect.

The first thing to note is that in addition to the reggae-centric album Rihanna first mentioned in a May Vogue profile, two sources told Rolling Stone that she's also working on a pop-oriented album. So fear not: we'll hopefully have both the Rih club bangers and love ballads we've come to require as a society.

Of the dancehall/reggae album, Rolling Stone reports that Rihanna's team has culled the best demos from an astounding 500 record submissions from different producers and writers, most of whom are at the very top of the game. "They're only choosing 10 records," an anonymous They've been having writing camps and trying to keep them quiet for almost a year and a half now. I've been flying to Miami, flying to L.A., cutting records nonstop for this project."

"Every artist, every producer, every songwriter in Jamaica or of Jamaican descent has been working on [Rihanna's album] and has little snippets of publishing or production credits on it," another source said, adding, "I think they've got eight songs, but her A&R is still asking for records."

While some sources told Rolling Stone they were concerned the Caribbean sound would turn up as watered down pop on the final cut, others believed Rihanna doing dancehall anything would still move the needle toward a reinvigoration of the genre, which has remained a popular influence in mainstream hip hop and pop over the past few years (who can forget the summer of "Work"?)

"If the Rihanna album sells great numbers, faith will be restored in the [dancehall] genre as something to be invested in," one producer said. Another added that labels have already approached him for songs that didn't make the Rihanna cut, indicating industry heads are already preparing for an increased demand for dancehall tracks.

"If an artist like Rihanna comes out and does [an album influenced by Jamaican pop], that's definitely going to shift the needle," he said.