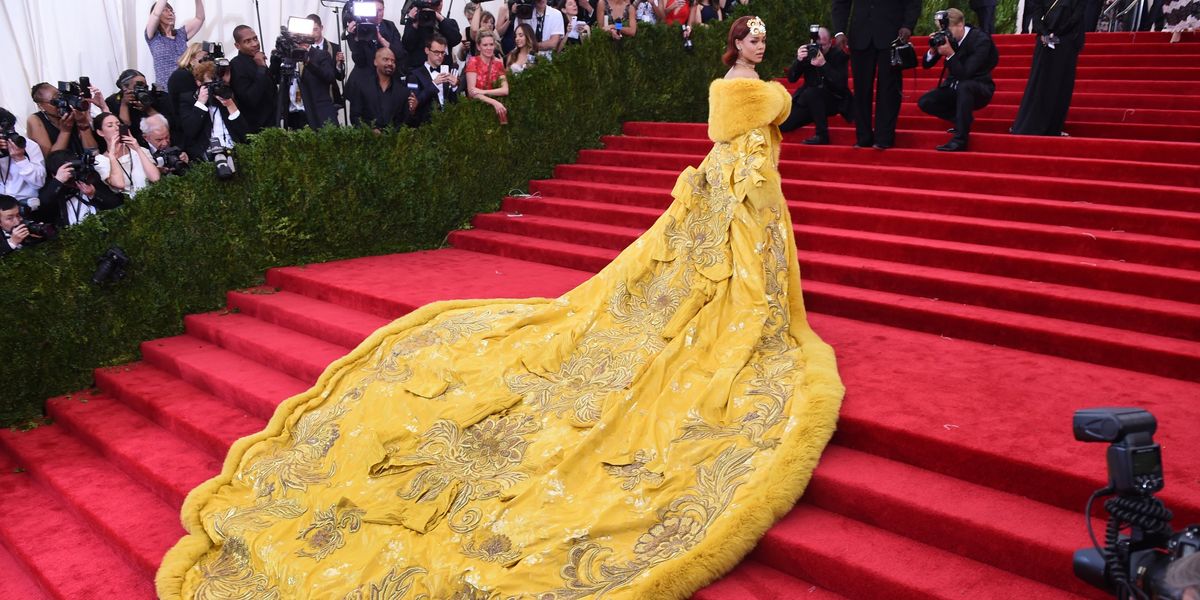 Is Rihanna Bored of the Met Gala?

It's finally Met Gala Monday, and anyone even vaguely interested in fashion has spent the past week speculating about what Rihanna will wear. She's the annual event's undisputed star, the one guest guaranteed to carefully research and recreate each year's theme in dazzling detail. Where would the internet be without its Best Rihanna Met Outfits listicles? It's terrifying to imagine.

Which is why it brings us no joy to report on the disturbing social media rumor that Rih will skip this year's big party. Over the weekend, images circulated of an alleged guest list that doesn't include her name. We can't track its origins and it seems unlikely that the list is real, but fans are inconsolable. A screenshot of Rih implying to her mutual Instagram follow @chucka.khan that she won't be there is also circulating, but PAPER confirmed with the user that it is photo shopped, and no such conversation took place.

Related | Fashion FanFic: What Harry Styles Should Wear to the Met Gala

In the unlikely event that this guest list is real, there's still hope. Rihanna has made seemingly last minute Met Gala appearances before — she basically missed the red carpet entirely in 2017, finally turning up in an incredible pink and red Comme des Garçons ensemble to the relief of all involved. A late night surprise entrance would be incredibly chic, and very her.

Related | Camp Is Coming: A Runway Guide to This Year's Met Gala

And in the worst case scenario of her absence, tonight will still be something special. Rih skipped the Gala in 2016, after all, and everyone survived. A "Notes on Camp" theme hosted by Lady Gaga, Serena Williams, Harry Styles, and Alessandro Michele is extremely fun — we're predicting big hair and even bigger gowns.

Update: As of 9PM ET, Rihanna has yet to appear at the 2019 Met Gala. She did however tweet about her Best Dressed pick.