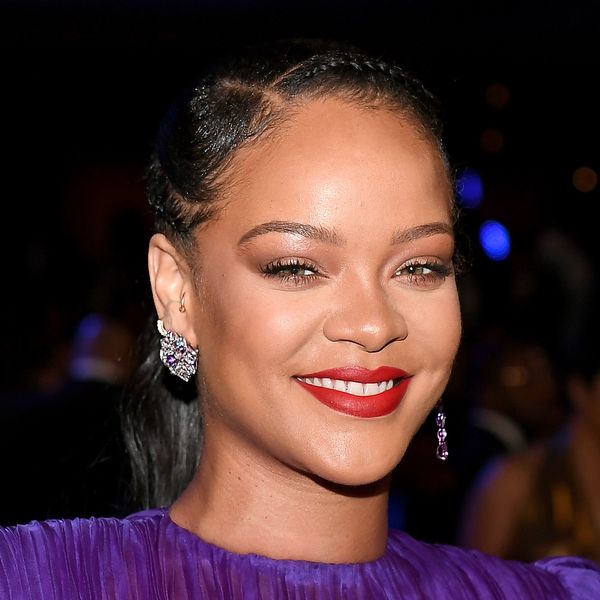 The latest addition to the ongoing cringe compilation being shared by the First Lady of the United States and the resident Simp in Chief: a clip of what appears to be Melania Trump rebuffing the President's attempts to hold her hand while exiting Air Force One not once, but twice, which naturally went viral yesterday. The exchange is painfully awkward if not incredibly on brand for the First Couple who've frequently struggled to connect on public displays of affection (it isn't even the first time Melania has away swatted Trump's hand). Suffice to say, the 👀 emojis were out in full force with #DivorceTrump briefly trending on Twitter.

Queen of skincare, not releasing albums and now presidential shade, Rihanna couldn't resist getting in on the action as well. Setting the clip to the warbling opening synths of the classic ANTI bop "Needed Me," Rihanna only needed the first lyric "I was good on my own, that's the way it was" to make her point. Lady Gaga even chimed in, adding "That Birkin looks PISSED" in the comments.

Not one to waste words on those that aren't worthy, Rihanna referenced a previous post in her caption that showcased her spray-painting a half-buried car with a crystal clear "Fuck Trump," the post simply reads "Melania like art"...brutal. She also added a brief reminder that the upcoming Presidential election is in just 78 days, in case there was any doubt about what's truly important at the end of the day here.