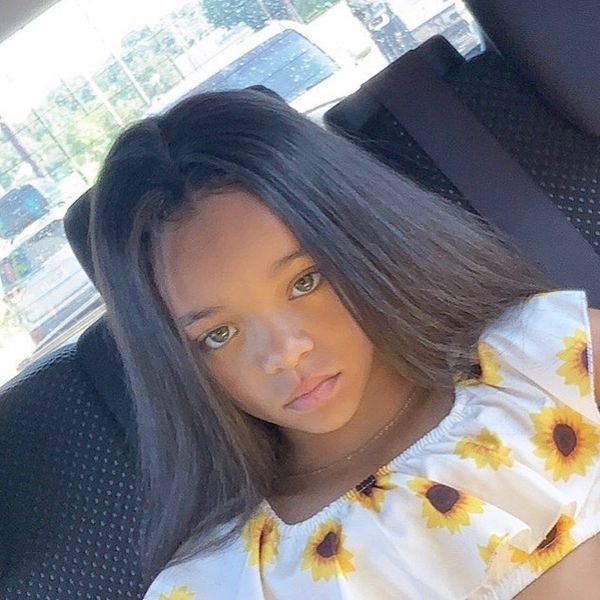 Rihanna's Lookalike Is Now a Model

After sending everyone on the internet including Rihanna, on a frantic search for her identity, the singer's now famous doppleganger has landed her first modeling contract.

Seven-year-old Ala's Skyy, who first went viral after an image of her surfaced on the internet, made users question if Rihanna had simply altered her own image using Face App.

But as revealed previously, Skyy, a very real and young girl, just happened to share an uncanny resemblance to the singer and ended up attracting more than seven million likes on Instagram along with a multiple modeling offers.

Well, now, she has officially signed up as an ambassador for Mane Choice, a hair-care label. First announced through the young model's mother, on Instagram, this marks her first modeling contract.

"Be prepared to receive exactly what you put out into the universe! Nothing happens by accident! It's all apart of #GodsPlan," she wrote excitedly in the Instagram caption under a clip of Skyy promoting the brand's Tropical Moringa line. "One day you are using your favorite products because you love them and the next day you are using your favorite products and become their newest ambassador at the same time! Dreams really do come true, if you believe YOU deserve them!"

In a recent interview with Allure, Mane Choice founder and CEO Courtney Adeleye explained why the brand chose to hire Skyy. "Not only does she have an amazing attitude and work ethic at such a young age, she also loves her hair," she said.