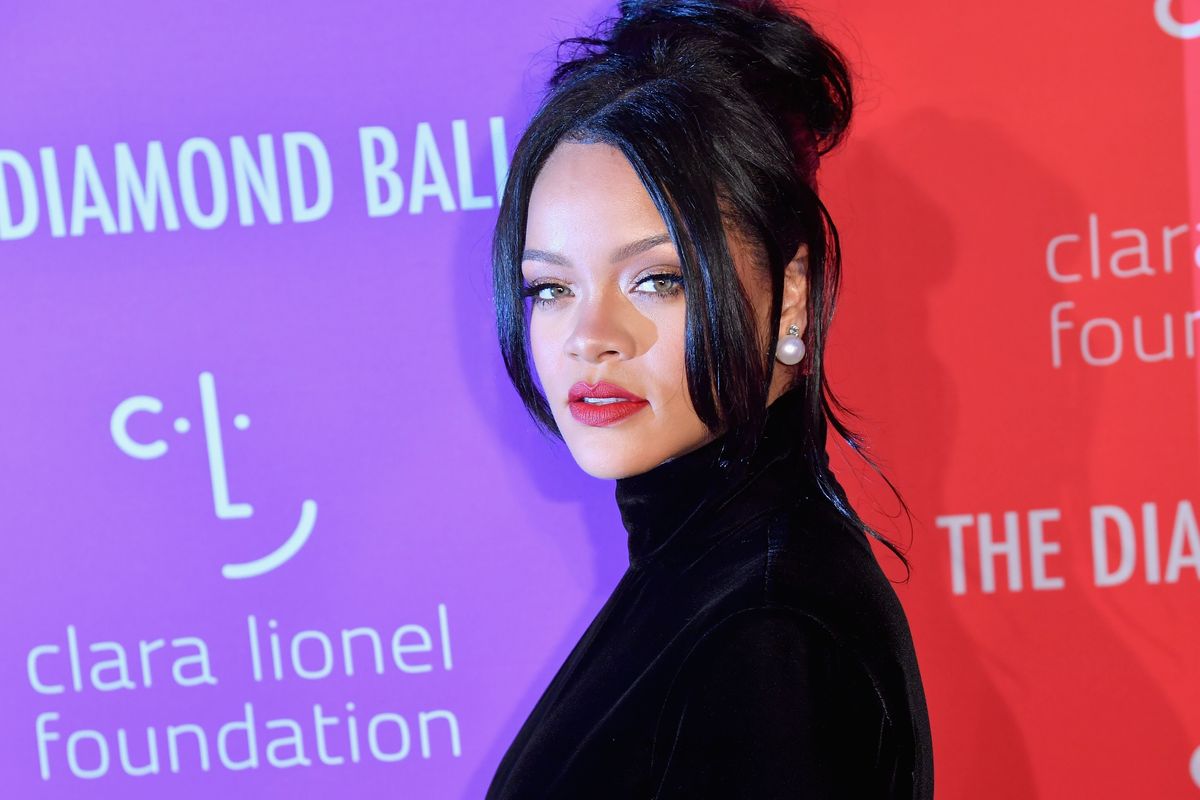 Rihanna's eternal single "Work" is both a part of the soundtrack and the plot of Jeremy O. Harris' Slave Play — the plantation-set play that's upsetting every expectation of Black storytelling on Broadway.

So even if she weren't... literally Rihanna, it would've been natural for O. Harris to hold the curtain for RiRi, when she was running late to a performance this weekend. And, to respond to the praises she texted him in the middle of his own play.

The playwright giddily shared the anecdote on Twitter, as well as a cute backstage photo of him cracking up with his idol.

O. Harris called Rihanna "a 9th character" and "the patron saint" of his play, after stuffy folks on Twitter complained about Rihanna getting special privileges. "When Dionysus is coming you hold the curtain," he said simply.

Also @sethyny I hope your niece learns that it’s not bad behavior to sing along during a musical if the spirit poss… https://t.co/SDzNLZEVva
— Jeremy O. Harris (@Jeremy O. Harris)1568586388.0

It might be understandable for people to be grouchy about celebrity treatment and the play starting late... if Rihanna's work weren't crucial to that existing in the first place.

"There's no right or wrong way to watch the theatre... the form is dying so I'd rather people just be there than not tbqh," O. Harris concluded.

Sent an email this very day about the same topic. Can we stop being so precious about the way audiences choose to e… https://t.co/imlKneyMaM
— Stephanie Ybarra (@Stephanie Ybarra)1568595302.0

I always knew that @saybarra was ACTUALLY about finding new ways to inviting ppl in to the world of “Literary theat… https://t.co/fMit4J8qTd
— Jeremy O. Harris (@Jeremy O. Harris)1568649884.0

This is a smart and crucial discussion. Either way, Rihanna is not beholden to the earthly rules, on Broadway or elsewhere, and that's just fine.