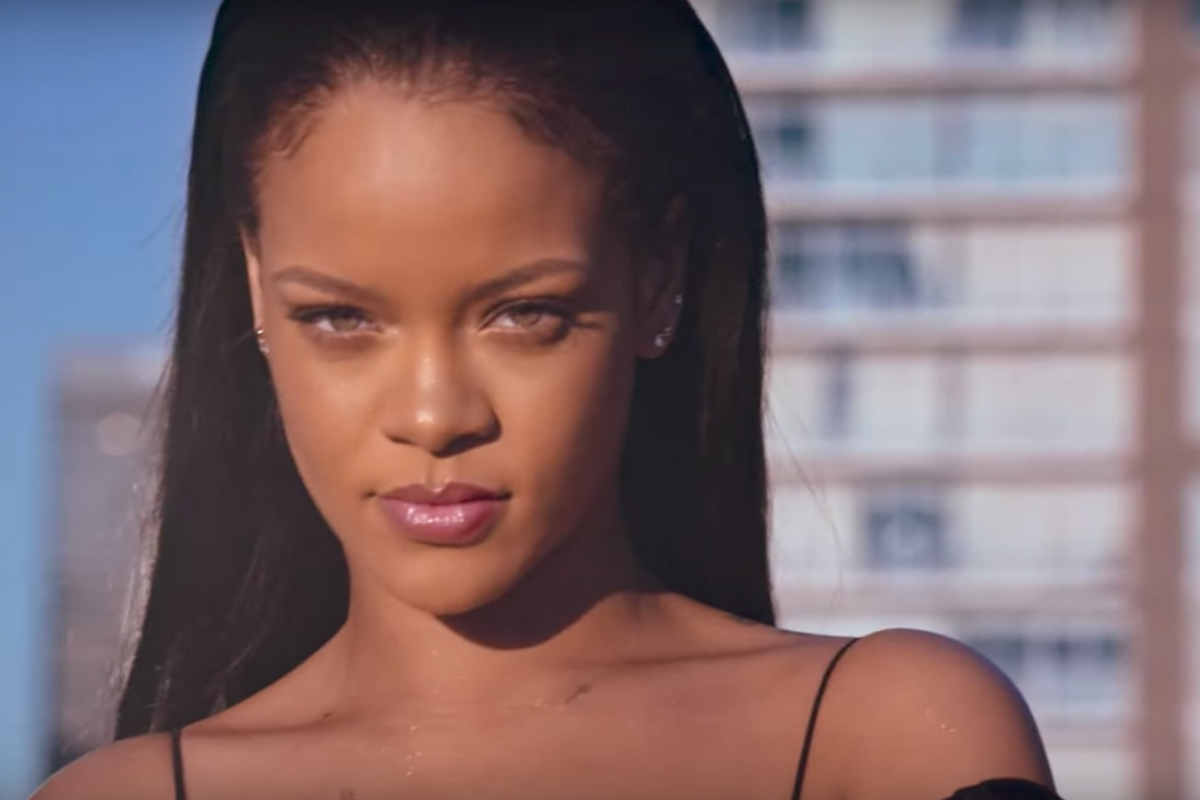 We're literally one week away from the official launch of Fenty Beauty, Rihanna's first custom line of makeup and cosmetics. As the countdown clicks away, Rihanna seems ready to start going full out on the promotional tour. After tweeting this morning that, "Spilling starts today! Who's coming to the tea poortyyy?!" Rihanna made due on her promise and released the official campaign video this afternoon.

Titled This Is Fenty Beauty, the video includes some very recognizable faces—current queens of the runway, some may say—including Duckie Thot, Slick Woods, Selena Forrest, Paloma Elsesser, Halima Aden, and of course, Rihanna herself, who pops up to drop one of her token sneaky smiles in the clip's final moments. Naturally, everyone looks gorgeous and appears to be having the time of their lives being as bad of bitches as they possibly can be. (But like, duh, this is Rihanna we're talking about.) As for products, the video prominently features a lip gloss worthy of a Lil Mama cosign, as well as some shimmery eyeshadow.

This is @FentyBeauty. Head to a @sephora #sephorainJCP or @harveynichols store to get an exclusive behind-the-scenes look! pic.twitter.com/rBE39k7c7t
— Rihanna (@rihanna) September 1, 2017

In addition to the main campaign video, Rihanna also posted an extra clip. Here, Slick Woods spews off a few random words that probably made sense at one point in time, but at present reads like a combination grocery list/Urban Dictionary search page/bucket list: chili mango, trophy wife, wrong, trippin', and yacht life, just to name a few. Though there is no way to know for sure, one could safely assume that similar videos featuring the other campaign models will drop in the continuous lead-up to the official drop.