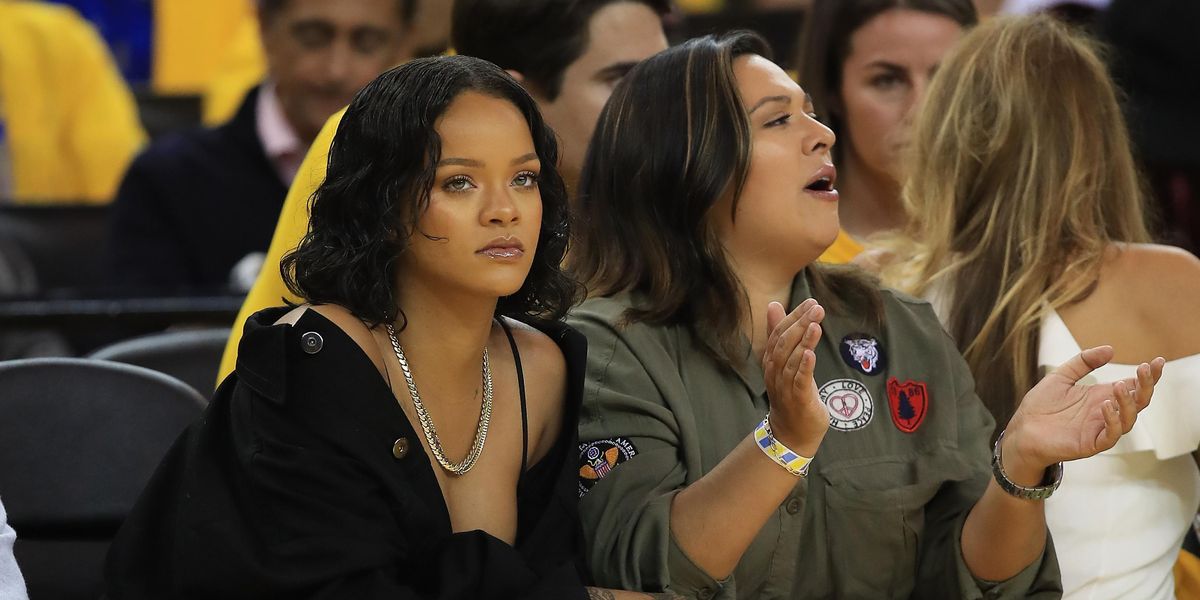 Getting photographed courtside at an NBA finals game is a rite of passage for an A-List celebrity, but few seem to really savor it the way Rihanna does (you've seen the way being forced to attend Nets games make Beyoncé's spirit vacate her body).

See, Riri is a huge LeBron James fan, following him faithfully from the Heat to the Cavs. But like, seriously though...

Those of you that share Beyoncé's disdain for organized sports should know that LeBron and the Cavs are facing off against the Golden State Warriors in the NBA Finals. Game 1 was last night, and so of course, ride or die Rihanna was in the front row to cheer on LeBron... and mercilessly heckle Kevin Durant while trash talking his fans.

I would like to submit into evidence, this footage of Rihanna bowing (?) to LeBron and then dabbing (!) at a pair of Warriors fans that asked her to sit down.

Then, when Kevin Durant took to the free throw line, Riri can be heard yelling "BRICK":

Alas, Rihanna's beloved LeBron couldn't get it together in Game 1 and the Cavs lost to the Warriors 91-113. But the queen of petty had some more shit to talk. As she and her friends breezed out of the arena, she shouted, "It doesn't matter bitch! The King is still the King!" Does this mean that Kevin Durant is cursed again?