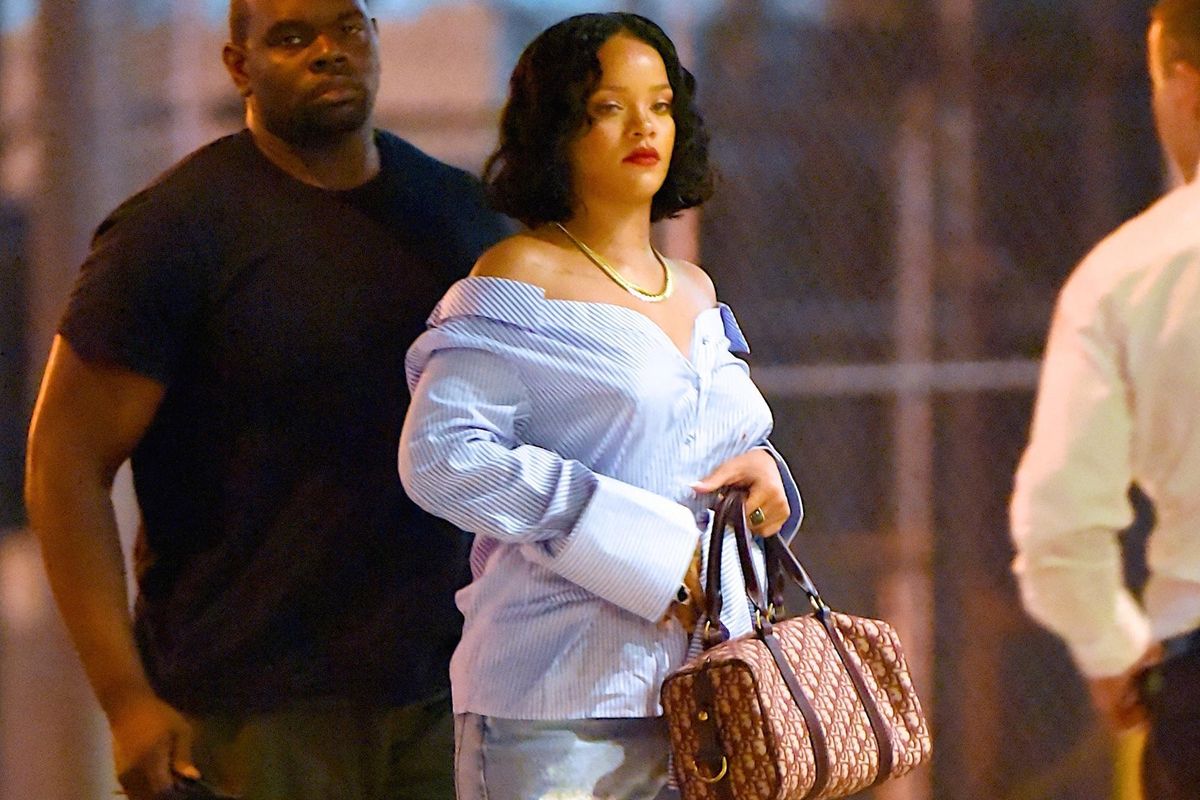 In 2013, Rihanna responded to a fan who asked if she was gaining weight and coined the magical term "Thickanna" - her thicker alter ego. Thus began a golden Rihanna era, where she flaunted her curvier frame in Barbados in tiny bikinis and booty shorts. They were the purest of days, and looked a little like this:

Now, after a series of paparazzi photos of the star in tight jeans emerged, fans are once again celebrating "Thickanna."

While there was a whole heap of support from the Navy, a certified bro over at sports site Barstool found the recent images of Rihanna personally insulting and mused whether the singer was about to start a whole "trend" of fat women, just in time for summer. Can you imagine? Just in time for summer?

The author, clearly a sexist who goes by the name of Spags (of course he does!), expresses concern as to what this might mean for him, as he just isn't a "chubby chaser."

He continues, that seeing Rihanna "pushing 180" is not a world he wants to live in.

"With all the fat acceptance and "love me as I am" crowd, there's definitely a world where I could see chicks see Rihanna make some strong "I don't give a fuck I just love pizza" quote that goes viral and bam we're in a world where all the hottest girls look like the humans in Wall-E...A world of ladies shaped like the Hindenburg loaded into one-piece bathing suits may be on the horizon now that Rihanna is traipsing around out there looking like she's in a sumo suit."

This is the kind of dude who would give his left foot to Rihanna if she asked him for it in person, or perhaps has never felt the touch of a woman – and you can bet the Internet came down on "Spags" very, very hard.

Barstool has always treated women like shit. It's gross, but nothing new. There's no repercussions bc this is what the site + readers want.
— Lindsey Adler (@Lindsey Adler)1496165506.0

Spags then decided to apologize in the face of all the "cyber bullying", chalking up the response to just not being "that funny" and of course, those dang "feminists."

To be honest I don't think the blog was as bad as many are making it out to be, but I'll tell you this. It wasn't that funny either and I could have told you with absolute certainty that feminists would hate it and use it as an example of "there goes Barstool being Barstool again". There are just certain topics that you better nail if you're gonna write about them because you know they are hot button issues for us. So if you're gonna blog about Rihanna gaining weight you better be funny as fuck and you better make it bullet proof. This line right here? "A world of ladies shaped like the Hindenburg loaded into one-piece bathing suits may be on the horizon now that Rihanna is traipsing around out there looking like she's in a sumo suit." Well that's neither.

There are just no words to address how frustrating this non-apology is, in fact, the word "apology" itself is not used once – nor did Spags retract his words. Consider yourselves, Spags and Barstool, forever canceled.

On a brighter note, welcome back Thickanna! We've missed you.