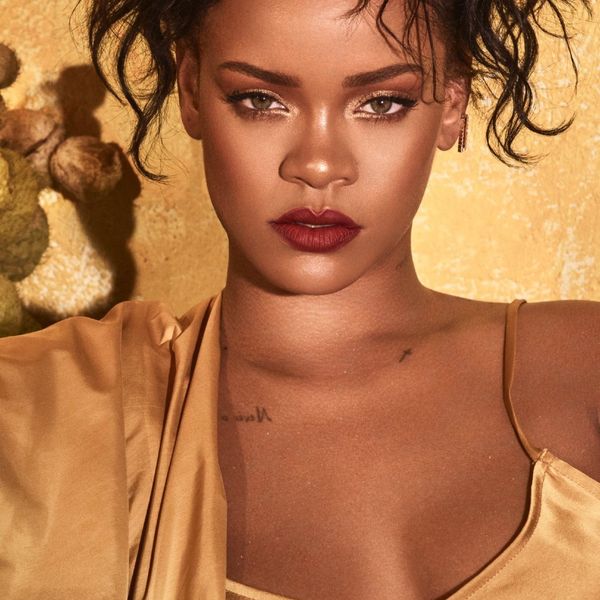 Rihanna just debuted her new cover for Garage Magazine and, while she was wearing a pink rosette top that made her look like a real life flower, it was her epic manicure that had us doing a double take. With one hand over her head, talon-like nails skimmed her cheek in a metallic gold.

Rihanna's nails are the genius of artist Jenny Longworth who, upon sharing a close-up image of the manicure, wrote, "When you make sure they can't fit gloves over those nails." And, while that's a very true statement in and of itself, we can't imagine doing much else beyond Rihanna's single-handed head drape with these nails — let alone try to cover them up. Even something as simple as picking up a beverage would be a challenge with this golden look.

What's more, Longworth not only created nails longer than we've ever seen, but she also embellished each one uniquely. While some have a single gemstone or ring, others have full-blown roses which mimic those on the singer's '60s vintage jacket. Styled by Carlos Nazario, the look was styled with Dolce & Gabbana briefs, Y/Project heels, and a gold Tiffany & Co. necklace.

Nazario told the publication, "I always like to incorporate vintage pieces, because it's a whole world of clothing that people haven't seen," adding, "I felt like it wasn't that exciting for her to only wear things that I'm sure she's familiar with, you know?"