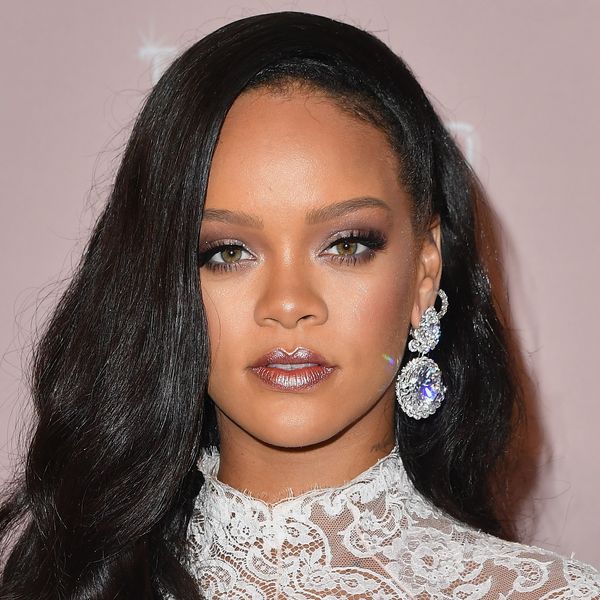 Rihanna has written an opinion piece for The Guardian on the issue of education in the developing world. It's an issue dear to her heart, having grown up in Barbados and today working as an ambassador for the Global Partnership of Education (GPE) and founder of the Clara Lionel Foundation, which fund programs that remove barriers to education by offering financial support to children around the world and their communities.

Rihanna acknowledges that she did not always appreciate her own education as a child, writing, "It can feel like a grind, especially when you'd rather be singing, playing sports or doing pretty much anything other than homework. I realize now that I often took it for granted that I was even able to go to school. Education can be stolen from you in a second. As we've seen recently on an unprecedented scale, the Caribbean gets hit by natural disasters that wipe out schools, leaving thousands of children stranded."

Rihanna also notes that access to education is hindered by issues including conflict, poverty, sexism, and the implementation of bad public policy, which she cites is at a crisis level: statistics show that these conflicts prevent a quarter of a billion children and teens around the world from getting an education. Rihanna writes: "I want to be part of a solution that works."

Rihanna goes on to list countries — like Germany, Japan, the Netherlands, Finland, and New Zealand — who could pledge more toward the GPE's goal of "improving education for 870 million children in 89 countries." She writes, "As an ambassador for GPE, I've met a number of these world leaders and witnessed first-hand how difficult it can be to commit money to education. Investment in education can be more challenging to quantify compared to something like healthcare, which has a more tangible return on investment ($1 will purchase critical vaccines, for example). But that doesn't mean it's less important."

"If we can overcome the education deficit in the developing world, everybody wins."

She empowers individuals to use social media to mobilize and encourage world leaders to prioritize education. In conclusion, she writes, "When it comes to helping the world's poorest children, as well as the communities and societies in which they live, I'm still learning — and I need others to join me on the journey and use their voices alongside mine. If we can overcome the education deficit in the developing world, everybody wins."