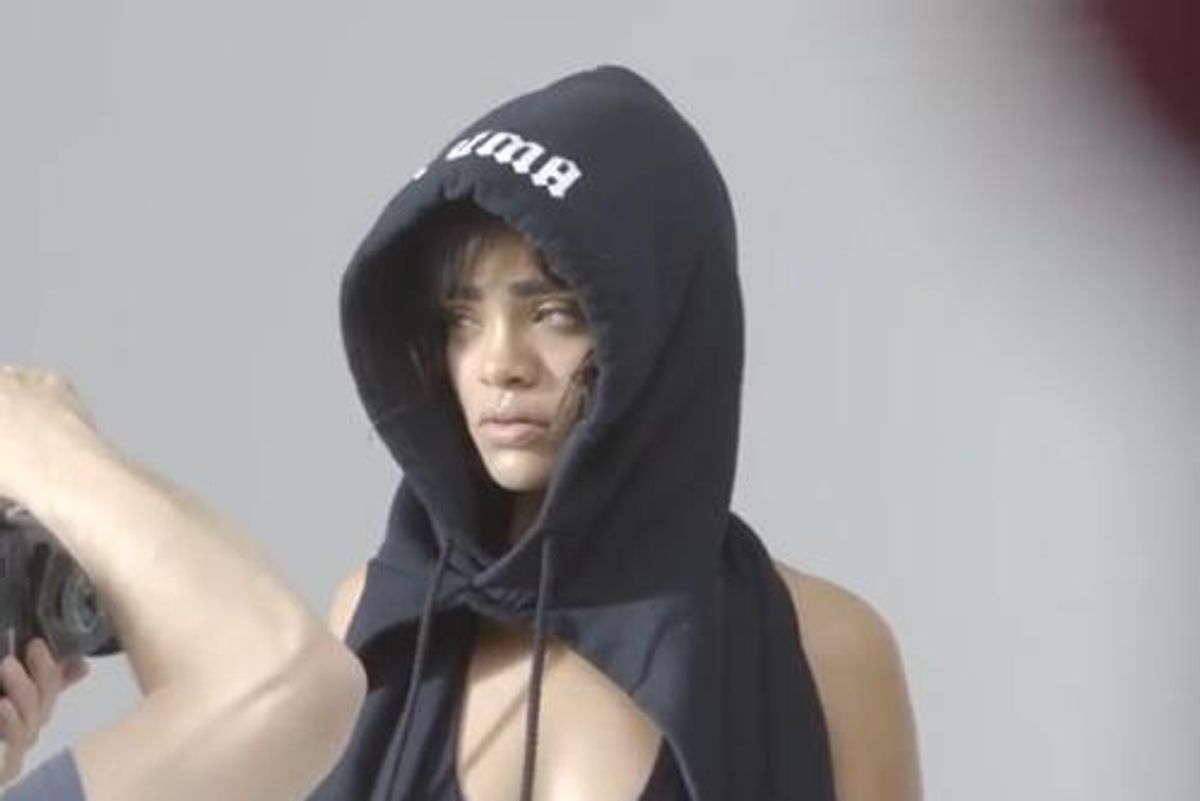 Ms. Robyn Rihanna Fenty fresh off her winning streak (including feeding birds in Soho at 7 am while wearing a YSL heart costume) will be presenting her new Spring 2017 Fenty x Puma collection at Paris Fashion Week; the show will stream on Tidal on Wednesday, September 28, from 7:30-8:30 PM (Paris time).

Of the show, Ri Ri (the brand's creative director since 2014) said, "It's a dream for me to be able to present my second collection of Fenty Puma by Rihanna in Paris. I approached this season very differently and felt the theme and concept was best suited for one of my favorite cities, Paris."

Ri's first successful show for her Fenty collaboration occurred at New York Fashion Week in February of this year; the company gave us a teaser of the what the new collection would look like, from the source herself.

In addition to this news, Puma has released a new entry in its "Do You" campaign starring retired mode/current actress/current model Cara Delevingne, and directed by Ms. Fenty herself. Rihanna and Cara have been buds for years, and their closeness comes off in the casual chicness of the photos.

Speaking on "Do You," Delevingne stated, ""\To 'Do You' is to take ownership of yourself and finding the power within that ownership —it's a very powerful statement. It's about accepting who you are, no matter your faults. 'Do You' is about finding your truth and sticking to it."