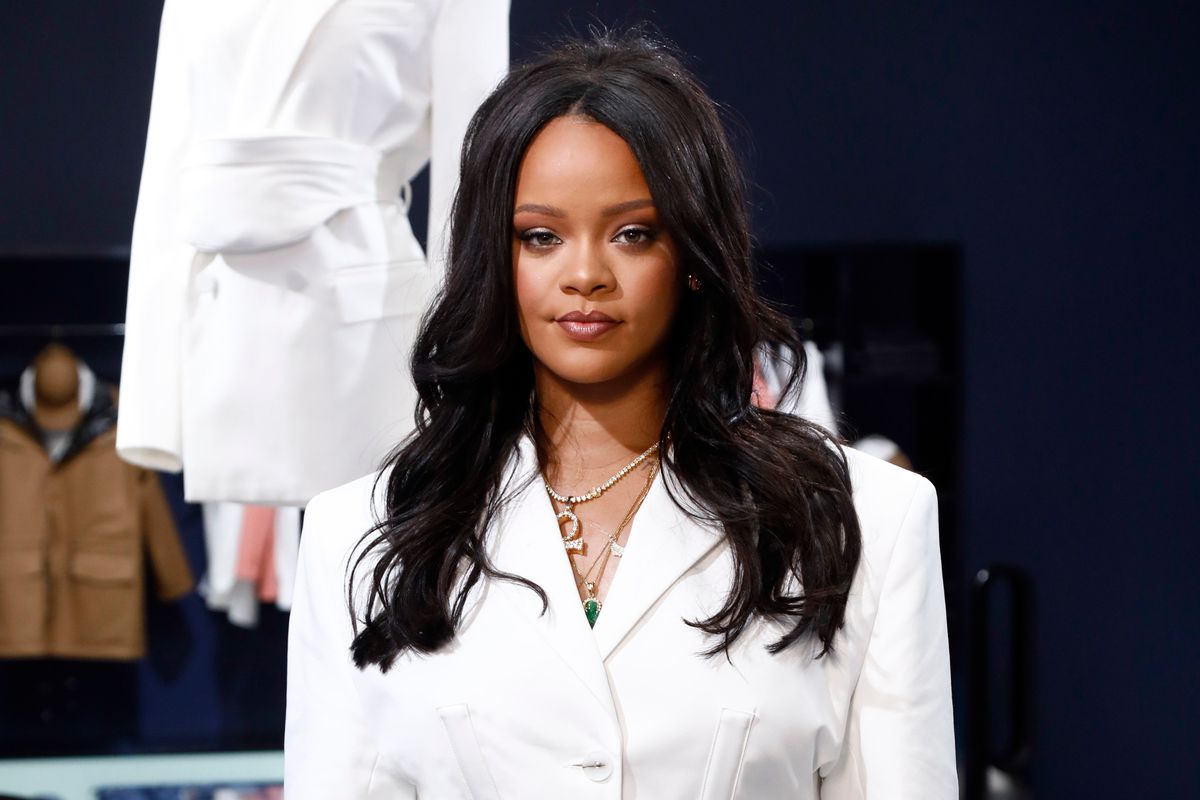 Rihanna's Fenty Snatches Your Waist and Enhances Your Butt

Following the announcement that Rihanna would helm her own fashion house at luxury conglomerate LVMH, the brand new Maison, called Fenty, debuted its first collection in Paris yesterday. The pre-opening of the pop-up shop, which will become accessible to the public tomorrow, cements a move that's made history two times over. Rihanna is not only the first Black woman with her own luxury fashion line of this multitude, but her house is also the first LVMH has started from scratch since launching Christian Lacroix in 1987.

"It's nothing that I could dream up to be respected as a designer of a luxury brand and Bernard Arnault telling me he knows I am a leader and can do this, I took it on because he believed in me," Rihanna said. Working alongside style director, Jahleel Walker, on the first ready-to-wear offering, the singer-turned-designer worked tirelessly to make sure the collection reflects her personal outlook. "It's meticulous, you're hands on, you have to make sure it works from beginning all the way through and I am really enjoying this process," she said.

Decked out in one of her own white corseted mini-dress blazers at the pop-up, the brand's artistic director introduced Fenty's DNA with a look at some wardrobe staples. As for what was behind her sartorial choice, Rihanna said, "This is what made me the snatchest in my waist and my butt look biggest." Like Rih, the Fenty woman "is multifaceted and she does not even know what she wants to wear, she dresses according to her mood and occasion and what she's feelin like." She added, "As the releases continue to drop, you'll see that more and more."

Showing 18 looks for the debut drop, called "5-19," the brand's strong silhouette is a modern take on power-dressing that we can't get enough of. With a silhouette that's cinched, strictly tailored and boasting strong shoulders, the Maison's signature style combines ultra-feminine corsetry with traditionally masculine tailoring, making for an androgynous feel. "It's unisex, it's everyone," Rihanna said.

Working in some incredibly tailored, Japanese denim with inverted pleats, the Fenty house is all about big shapes, big moves, and big attitude. Rihanna worked mostly with neutral colors like white and khaki accented with some blush and salmon tones. The line includes shoes and jewelry, with sexy, strappy stilettos and statement earrings that coil up around the ears and drop with crystals suspended from different points. Fenty eyewear is also featured throughout the collection, with some oversized frames with names like "Guarded, "Blocked," and "Anti-social" that wrap around the temples.

You can shop the premiere collection when it hits the digital flagship on May 29th on fenty.com.