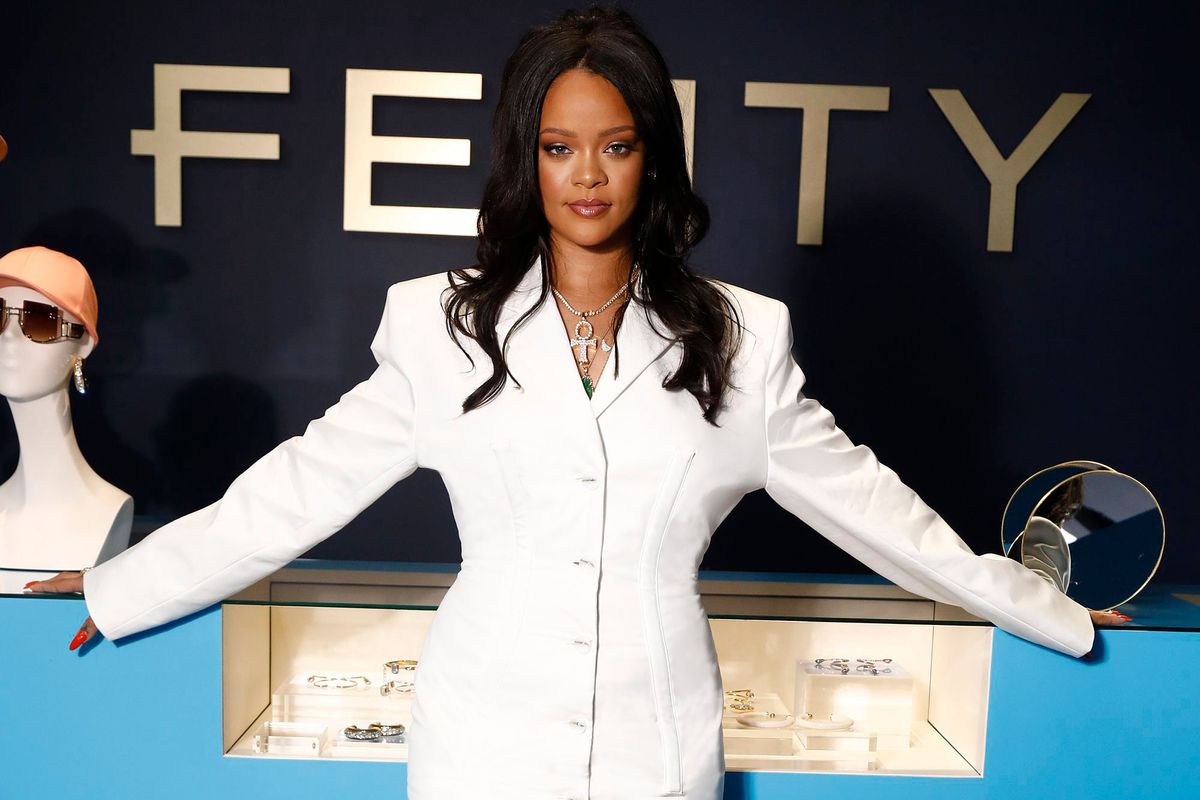 How the 'Black Is Beautiful' Movement Inspired Rihanna's Fenty

Today, the unimpeachable Rihanna made history as the first Black woman to ever head a major luxury fashion house.

Her complete, long-awaited foray into design, a brand simply called Fenty, was made in partnership with LVMH, and its results — an array of ultra-chic, structured staples from denim to outerwear and accessories, can now be yours. (Several of the pieces I'd been eyeing, such as the $1,100 suit jacket with fanny pack in "marjan rose," are already out of stock, meaning Rihanna's already got another hit on her hands).

Related | Everything You Need to Know About Fenty Fashion

As part of the official launch of Fenty, Rihanna has revealed that Kwame Brathwaite, the Brooklyn-born photographer who helped pioneer the Black Is Beautiful movement in the 1950s and 1960s, was a key inspiration for her new brand's first collection, called "Release 5-19."

As she told British Vogue, "When I was coming up with the concept for this release, we were just digging and digging and we came up with these images — they made me feel they were relevant to what we are doing right now," she said. Rihanna shared one such black and white 1968 on Instagram. It was taken at Renaissance Casino Ballroom in Harlem on Marcus Garvey Day (August 17). A poster bearing the words "Buy Black" is in the image's background.

However, one image in particular struck Rihanna's fancy when she took special interest in Brathwaite's work. The image in question was of a group known in the '60s as the Grandassa Models, an all-Black female fashion collective who created their own clothes and appeared regularly in Brathwaite's images back then. "It was a really strange and powerful parallel," Rihanna said. "And he gave me permission [to use the imagery], obviously that is a big deal."

Rihanna felt empowered to tap Brathwaite, because like the Bajan powerhouse, he also hails from Barbados. "And, his last name is my grandfather's name, which was my mother's name before she was a Fenty," Rihanna explained.

Rihanna honoring Black artists before her is not surprising, specifically from the Black Is Beautiful movement, which prioritized Afrocentric beauty, including darker skin and natural hair, radicalized during a time when that sort of representation was not as common. Rihanna recently said in a T Magazine profile by Black playwright Jeremy O. Harris that her mission within fashion has always been a "disruptive" one. So far, with her inclusive Fenty Beauty, Savage X Fenty, and Fenty Skincare brands, she is succeeding in that mission.

Now, with her Fenty house, Rihanna's goal is to revolutionize the world of luxury fashion by centering direct-to-consumer online sales, and unveiling new product every few weeks as a way to keep the brand fresh and current in an ever-changing market. Rihanna is already challenging old views of fashion — and thank goodness she is — but Fenty further makes the case that beauty is truly for all to enjoy. If the beholder just so happens to be Black, more power to them.