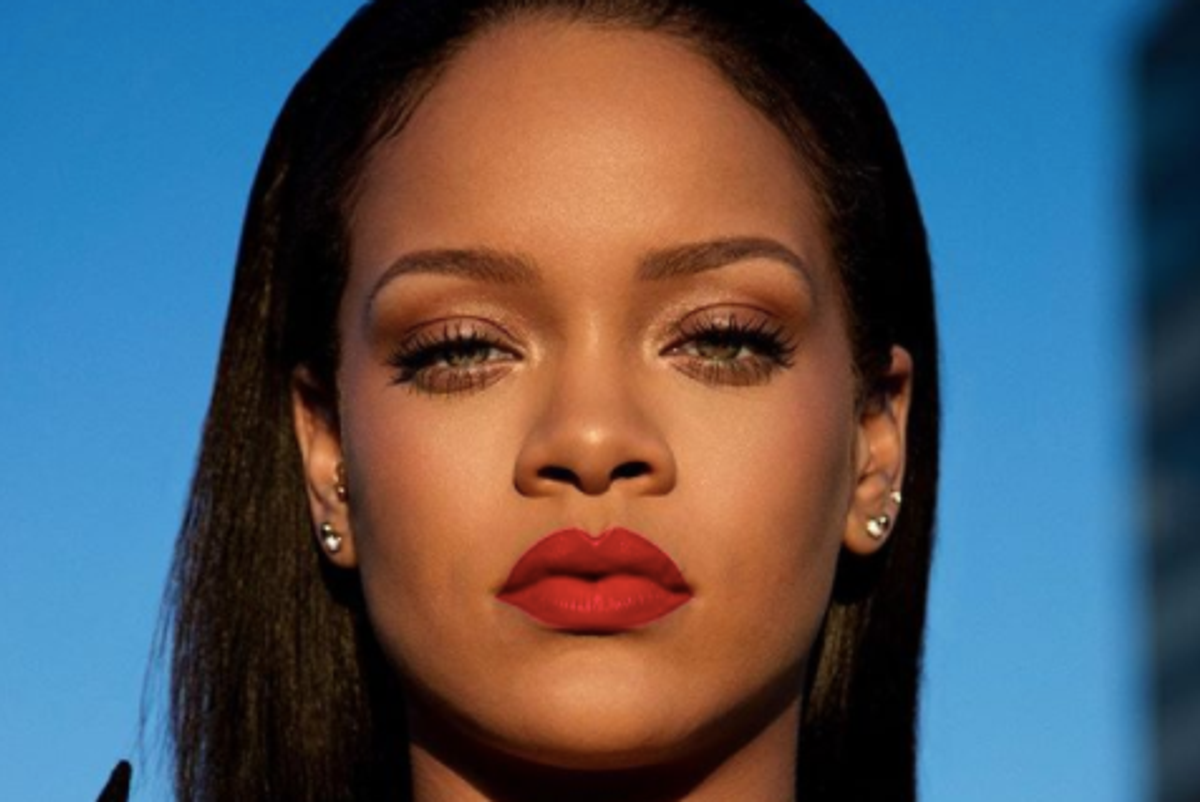 Rihanna's foray into the beauty world has so far been flawless. The original Fenty Beauty collection includes 40 different shades of foundation (immediately prompting a too little, too late race to prove "We have that too!!" by several other leading beauty brands), Match Stix and Killawatt Highlighter and the colorful Galaxy Collection was also a huge hit just in time for the holidays. (The Eclipse Glitter Release Eyeliners are already sold out on Sephora).

Now Rih has announced the launch of the Stunna Lip Paint, just a few months after the brand's initial release, and has blessed us with what is hopefully the first of many makeup tutorials to show us how to use it.

Watching Rihanna put on lip paint while "Watch N Learn" plays in the background is just the kind of mesmerizing Instagram post we need. I had already watched it three times while standing in the hellish line of a New York City grocery store before realizing what had even happened. It was the ASMR video I didn't even know I was looking for.

The new highly pigmented shades, which appear to glide on like silk, is out November 23.