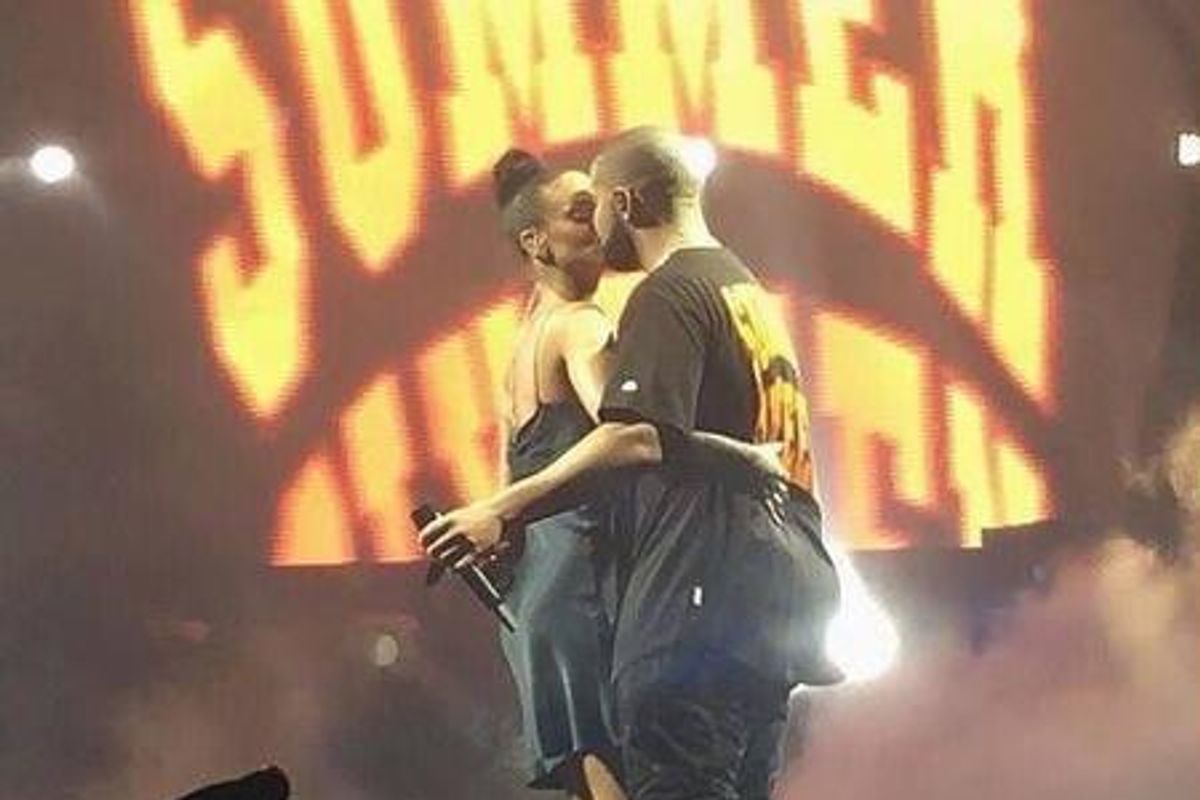 UPDATE: After Kissing Drake On Stage In Miami, Rihanna Allegedly Got A Tattoo To Commemorate Him

UPDATE: TMZ is reporting that RiRi's new shark tattoo on her ankle is allegedly of a stuffed shark Drake bought her during a date they shared to the Toronto aquarium a few weeks back.

My life is very small!

Rihanna and Drake are continuing their *questionable* love tour, this time locking lips on stage during Aubrey's concert at the American Airlines Arena in Miami last night.

Robyn Fenty joined her clandestine beau for a thunderous rendition of her mammoth hit "Bitch Better Have My Money."

Following her song, Ri thanked the roaring crowd, and before she exited stage left, she went in for the big kiss with Mr. Graham.

@drake and @rihanna finally lock lips in public! On stage here in Miami on night two of the #SummerSixteenTour pic.twitter.com/XOHE10u2Sv
— 99JAMZ (@99JAMZ) September 1, 2016

The audience, not surprisingly, lost their shit.

DRAKE AND RIHANNA ARE EVERYTHING pic.twitter.com/BtydARwF8Y
— Bitch Problems (@FemaleTexts) September 1, 2016

Their PDA seemed a little more...comfortable, than Rihanna's very clear swerve away from Drake's much sought after mouth during his presentation of her Vanguard Award at Sunday's VMAs.