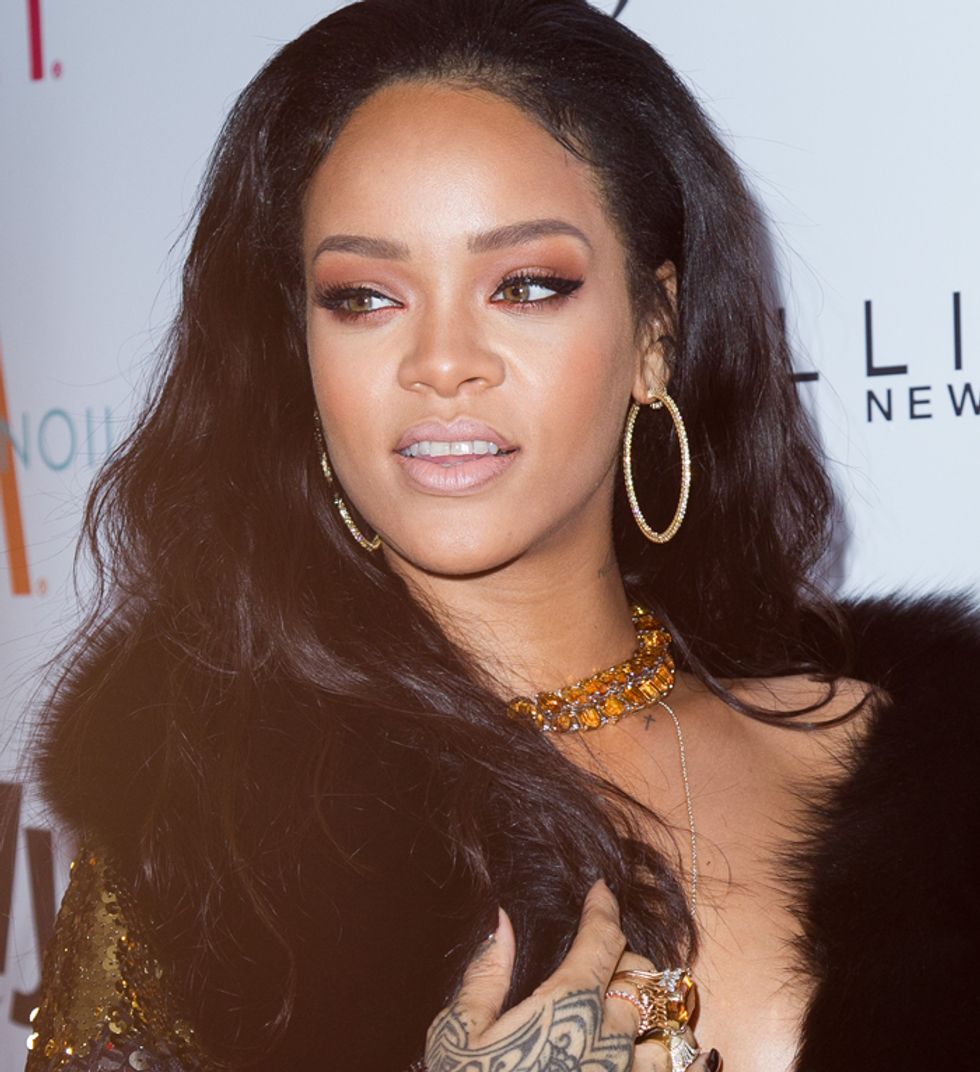 Yesterday, the news leaked that Rihanna might be the new face of Dior and today Women's Wear Daily confirmed the announcement. It looks like everything's coming up bad gal! WWD reports that Rihanna will star in the fourth installment of Dior's "Secret Garden" video series, with both the film and print campaign shot by Steven Klein in Versailles. This would make our fair Riri the first black woman to represent the brand, according to the Huffington Post. Previously, the Secret Garden films, much like Leonardo DiCaprio's dating roster, have exclusively featured models. The latest installment of the film series featured models Daria Strokous, Fei Fei Sun and Katlin Aas, shot by Inez and Vinoodh at the ChÃ¢teau de Versailles.


In addition to starring in the upcoming Dior campaign, Rihanna will also be the subject of an upcoming documentary directed by Peter Berg.