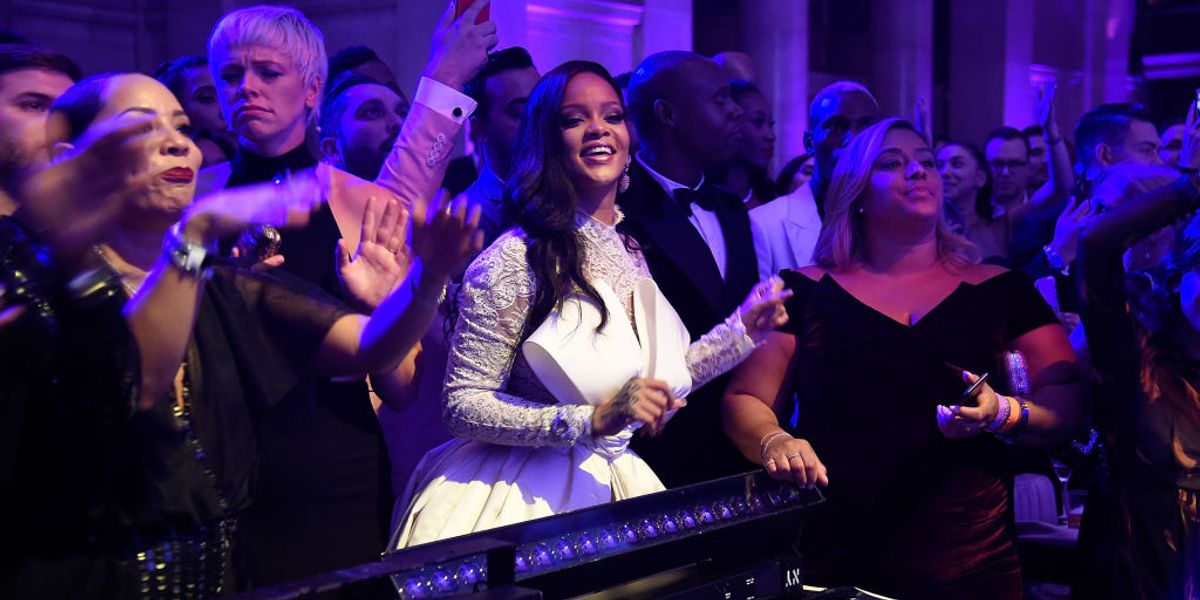 Rihanna Fangirls Over Childish Gambino at the Diamond Ball

Rihanna is a musician, beauty and cosmetics revolutionary, lingerie designer, philanthropist, and a Childish Gambino fangirl. At her fourth annual Diamond Ball held at Cipriani Wall Street in New York, RiRi was spotted front and center at musical guest Childish Gambino's (a.k.a. Donald Glover) performance, and she was obviously having a great time.

The singer was waving, dancing, cheering, and audibly singing along in her ribbon ball gown—because, yes, she is a gift to the world—as Gambino was singing his latest hit, "Feels Like Summer."

Rihanna dancing and having fun at Childish Gambino performance at Diamond Ball 2018! 💎 pic.twitter.com/AnQqN0Bmes

Variety reports that the whole event "raised nearly $6 million for Rihanna's Clara Lionel Foundation." The foundation, which was founded in in 2012 and named after Rihanna's grandparents, is dedicated to "global education projects and scholarships, emergency response programs and local grants."