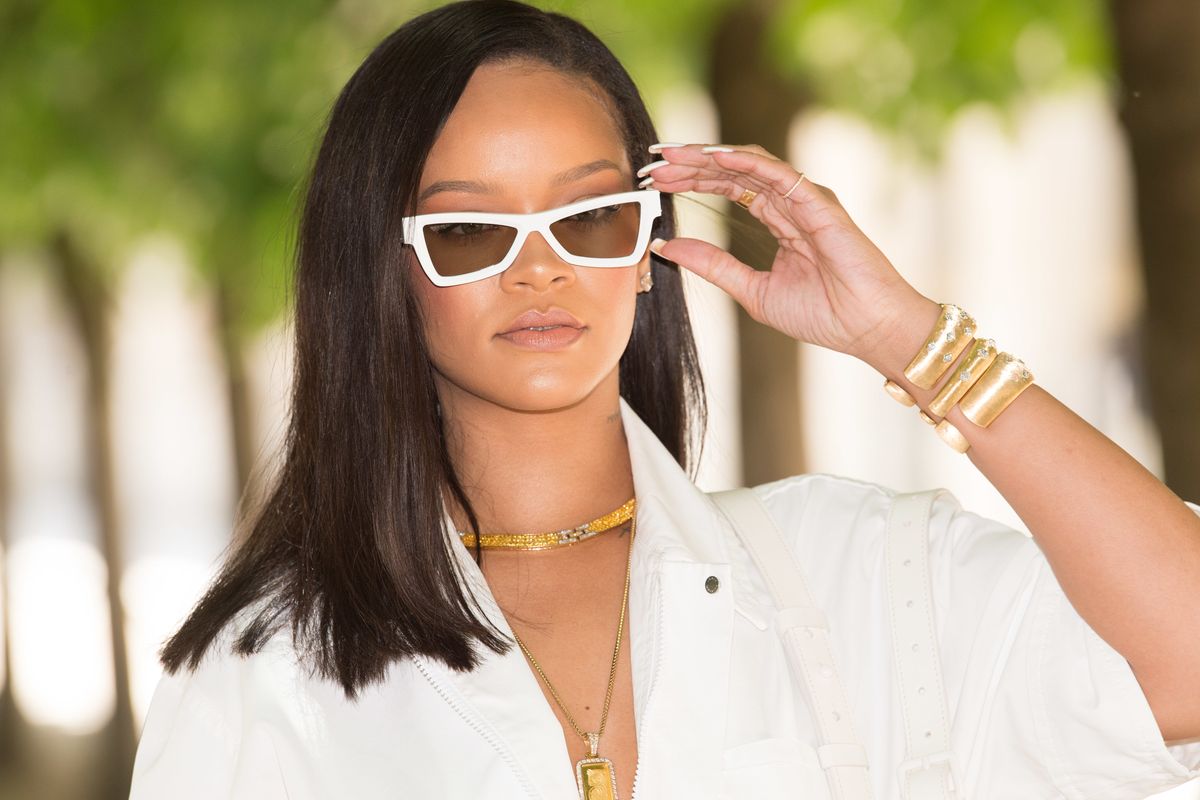 Rihanna Reveals the Unexpected Reason She Fought With Her Man

Update: Rihanna certainly didn't owe us any explanation, but she gave us one anyway. That's right, you can stop wasting time and energy speculating as to what Rihanna and her boyfriend could be arguing about on day bed in Mexico, because Rihanna has clarified the source of the fight — and its certainly not what any of us assumed.

The star uploaded an image to Instagram of a lioness roaring at (presumably) her lion partner, while the latter cowers in the corner. Rihanna accompanied the picture with the following caption: "when u think u know more bout soccer 😼💪🏿 #worldcup2018."

Fans immediately rejoiced in the update, particularly those frustrated with the entirety of social media making assumptions as to the cause of the argument. "This is how you clear shit up!! Lol i love you," one user wrote, while another added: "Thank you. Everyone and they mother thought they knew what was going on."

It's difficult to believe a fight that involves pointed fingers, rescue blunts, hands on hearts and storming off could be about soccer (especially when Rihanna's native country of Barbados didn't make it in the FIFA World Cup to begin with), but to each their own. Hopefully, Rassan continues to fight another day.

While Rihanna is the arguably the chillest of megastars, that doesn't mean she won't snap on you if you fall out of line — just look at the trail of heartbroken paramours in her wake.

The Bajan singer's latest conquest, billionaire and ex-boyfriend of fashion powerhouse Naomi Campbell Hassan Jameel, was spotted with the singer in Mexico as she winds down from her Ocean's 8 and Savage x Fenty promotion tour. Lying on a day-bed in the tropical paradise, the pair seemed to be in the throes of a tense argument — apparently left unresolved as both departed from the area separately.

The series of pictures are almost comically relatable, an accurate depiction of two strong personalities butting heads. Rihanna can be seen berating Jameel with a pointed finger, while still juggling a smoking blunt in the other hand. Jameel, for his part, reels backwards with a hand on his heart, before storming off and leaving an emotional Rih on the bed alone.

The intrusive paparazzi shots offer a raw look at the inner workings of a relationship — a fight no doubt an inopportune time to be captured on camera — but Rihanna giving her man the one-two has inspired pure delight and a plethora of theories among Rihanna's devoted fanbase.

What happened? Did someone cheat? Did Jameel mix-up Rihanna's many ventures, or worse, underestimate her? Did Jameel reach out to Naomi? The Navy has all the answers — be they cross-cultural or Drake-related.