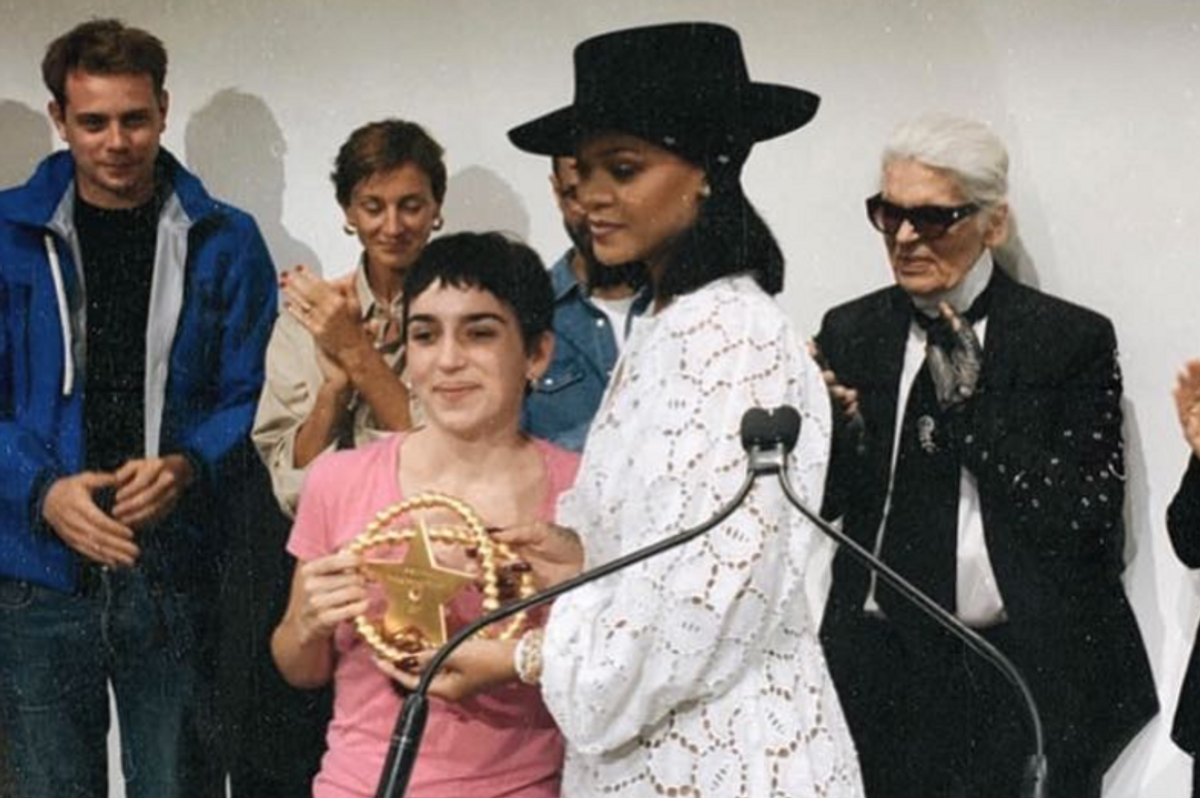 Every year, the conglomerate LVMH (otherwise known as the "world leader in luxury") brings a panel of fashion industry leaders together to decide who, out of a large number of applicants and finalists, will take home the prestigious LVMH Prize. The award — €300,000 and a yearlong mentorship with the LVMH network — is given to one lucky fledgling fashion brand, while a smaller award (€150,000) usually goes to the runner-up. This year, as the contest celebrated its fourth edition, the award was given to Marine Serre.

As both reigning Queen of Fashion and everybody's favorite style icon, Rihanna (I mean, just check out the Balenciaga moment she rocks in the video for her newest single with DJ Khaled) was chosen to present the award to the 25-year-old French designer. Earlier this afternoon at the Fondation Louis Vuitton in Paris, a slew of fashion insiders — including Louis Vuitton's Nicolas Ghesquiére, Chanel's Karl Lagerfeld, and Loewe's Jonathan Anderson — gathered together to honor the eight finalists and announce the winners of both the main and special prizes.

Past LVMH Prize winners have included 2014's Thomas Tait (with Hood By Air and Miuniku taking home Special Prizes) and 2015's Marques'Almeida (with Jacquemus winning a Special Prize). And, as is evidenced by the continuous spotlight on last year's winner, Grace Wales Bonner (who beat out the Special Prize-winning brains behind Toronto label Vejas), winning the LVMH Prize can be a great omen for the success of your label in the future. Plus, when Rihanna is there to present you with your award, how could you go anywhere but up? So, here's to Marine Serre! (And, to Rihanna!)