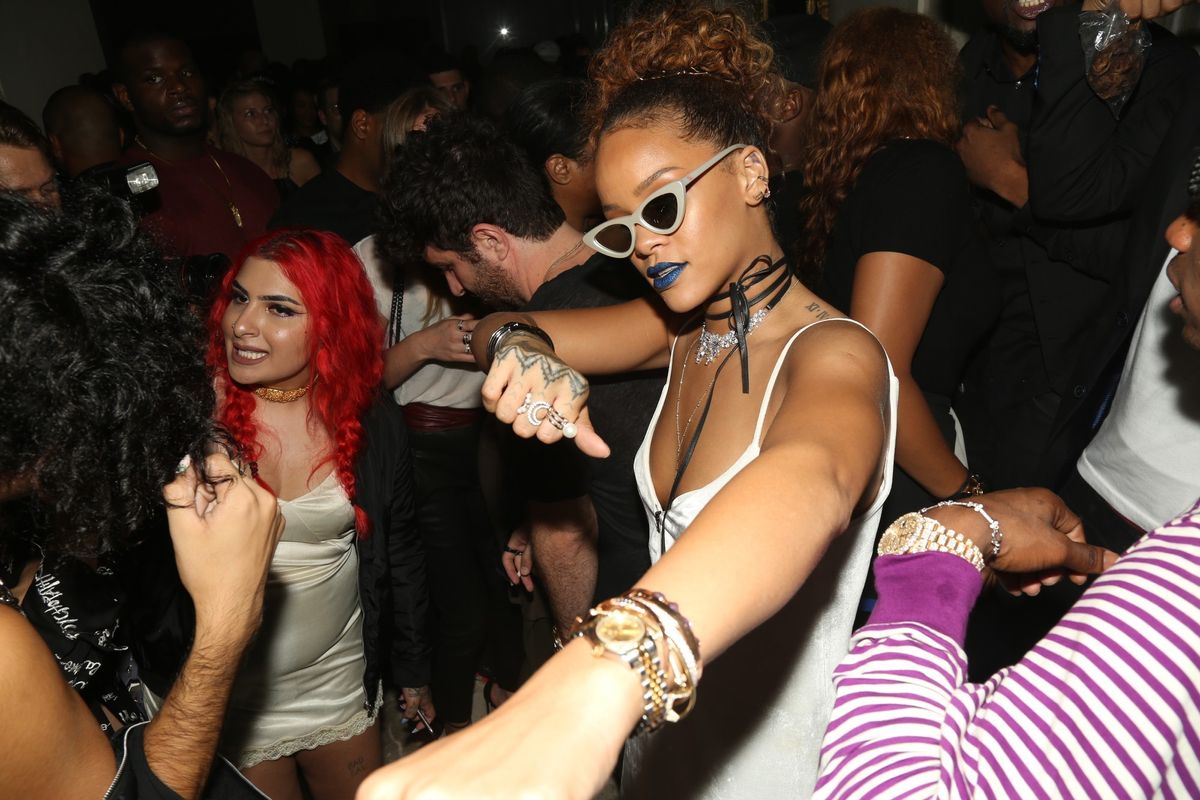 While you were watching Making a Murderer, Rihanna and Drake were allegedly filming a music video at a mall in Eagle Rock, LA! The internet has been freaking out after an alleged call sheet was leaked hinting at an open casting for music video extras. After that leak, numerous images and Twitter-shot videos surfaced that worked to support the rumors but like UFO sightings, nothing solidly confirms the speculation as the videos are grainy, poor quality and don't capture the two who are supposed to be the stars of the show.

I mean, sure, it's weird that a horse painted with the Louis Vuitton logo was casually chilling at Eagle Rock mall...

And sure, if you try really hard, you can kinda hear muffled Rihanna and Drake verses in the clip at the parking lot.

There's no release date set for the rumored track, which is set to be called "Work," or even a solid release date for RiRi's next studio album, ANTI. All we can do at this point is hope that the track's good, the album is great and PRAY that it's not an exclusive release for TIDAL. Ugh.