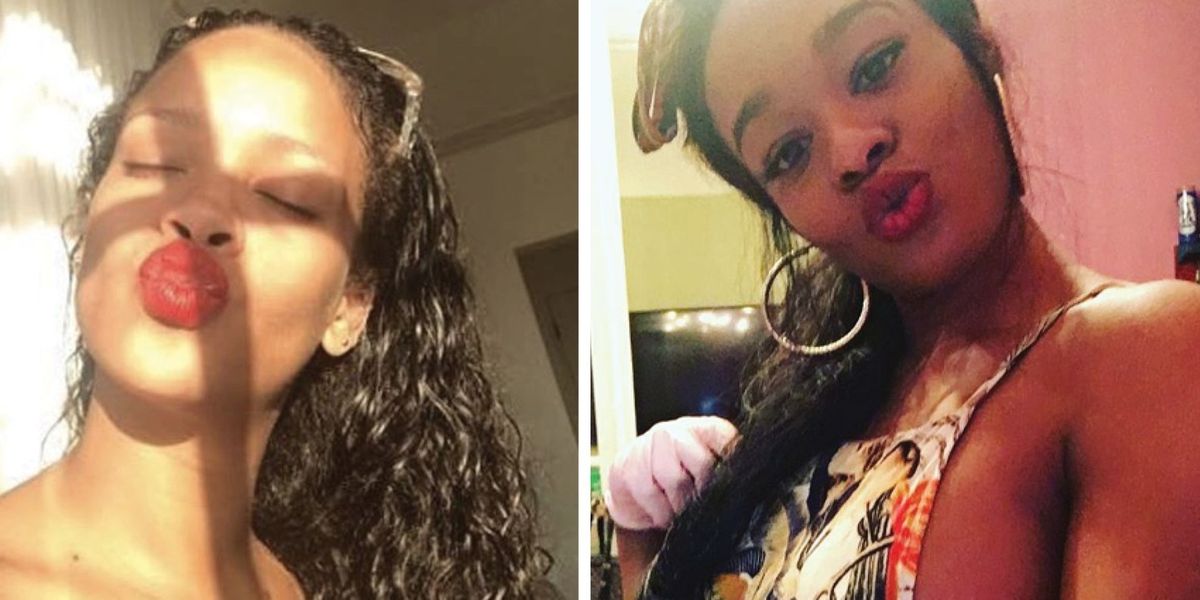 Another day, another Azealia Banks feud. I'm not exactly sure how a professional troll conducts her business, but I imagine she starts every morning reaching her hand into a large paper bag filled with celebrity names and a string of loose nouns and just takes it from there. In the last few months we've had "Russell Crowe; Hotel," "Kanye West; Inauguration," "Nicki Minaj; Butt implants," and yesterday, while the rest of the world was protesting, she pulled out "Rihanna; Muslim Ban." Sigh.

It all started on Saturday, when Rihanna voiced her outrage on Twitter over Donald Trump's racist, xenophobic, unconstitutional Muslim travel ban:

Disgusted! The news is devastating! America is being ruined right before our eyes! What an immoral pig you have to be to implement such BS!!
— Rihanna (@Rihanna)1485654466.0

Then, in a series of since-deleted Instagram posts, Azealia criticized Rihanna for "chastising the president," calling it "stupid and pathetic":

Rihanna, who never misses a good opportunity for a clap-back, responded with a photo of herself captioned "that face you make when you a immigrant," hashtagged #stayawayfromthechickens, #iheartnuggets and #saveourhens. ICYMI this is a reference to Azealia Banks' revelation that she has been ritually sacrificing chickens for brujeria purposes in her closet for the last three years.

And then Azealia went ahead and accused Rihanna of having sex with people for drugs and lacing her blunts with crystal meth. Ok! This is deteriorating quickly, so in terms of Azealia Banks feuds, we're right on track.

Rihanna posted another photo on the 'gram, of a person with a bag made of the American flag over their head, captioned "that face you make when you screaming into an empty room."

Azealia commented on this post, "You're clearly listening and responding to each and every post. These pop stars love me."

Think we're done yet? Oh no no no. Not by a long shot.

Rihanna then commented on stylist Fucci's post about the feud...

... and Azealia posted a video response that spends a lot of time unpacking the semantics about Rihanna's statements about saving the chickens and her love of nuggets. She then invites Rihanna uptown and tells her she'll make her some chicken nuggets. I'm lost. I bet when you opened this post, you had no idea how heavily chicken nuggets would be featured.

Rihanna replied with a screen cap of texts that Azealia had sent her, in which Banks brings Beyoncé into the mix (WHY) and calls Rih a "drug and sex" addict. The post, which also revealed Banks' phone number, was captioned 'weirdos' which will go down next to 'the audacity' in the museum of iconic Rihanna post comments (if we can ever get funding).

Azealia reciprocated, posting Rihanna's phone number with the caption "bombs away." I need a nap.

And that seems like that. The two of them disconnected their lines, deleted the phone number posts, Azealia deleted all of her posts from the feud, and Rihanna's back to posting kissy selfies.

Anyway... donate to the ACLU!