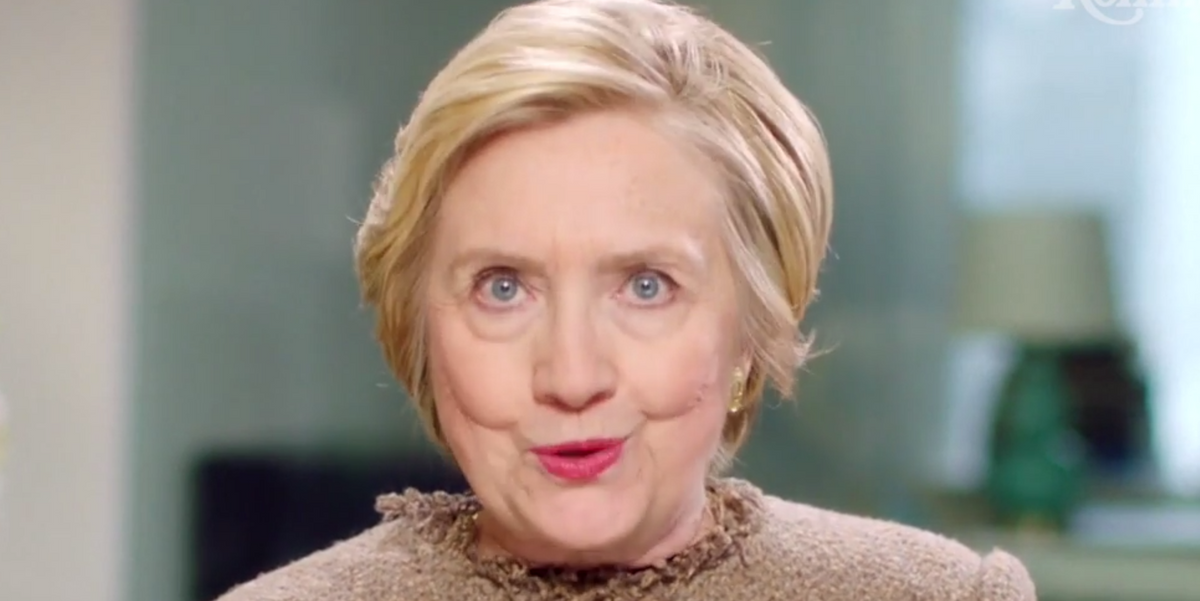 Right When We Needed Her Most, Hillary Clinton Has Given Her First Speech Post-Inauguration

It's been a min since we've seen the sweetest of sharks/grandmother you wish you had wrap the public in her warm but measured embrace, but Hillary Rodham-Clinton is back and telling us the future is female.

In her first public speech since inauguration, Clinton has recorded a message for the 2017 Maker's conference. Throughout her address she clarifies her position on the Women's March, from which she was noticeably absent, expressing her commitment to the movement. She capitalizes on the opportunity to speak to women viewers directly during these dark times, reminding them they are "glass ceiling breakers...powerful and deserving."

"We need strong women to step up and speak out," Hillary says. "We need you to dare greatly and lead boldly. So please, set an example for every women and girl out there who's worried about what the future holds and wonders whether our rights, opportunities and values will endure."

So breathe in that Chanel No.5 and relish the slight itch of tweed on your cheek because Hillary is clasping you closely into her bosom and I feel better already.