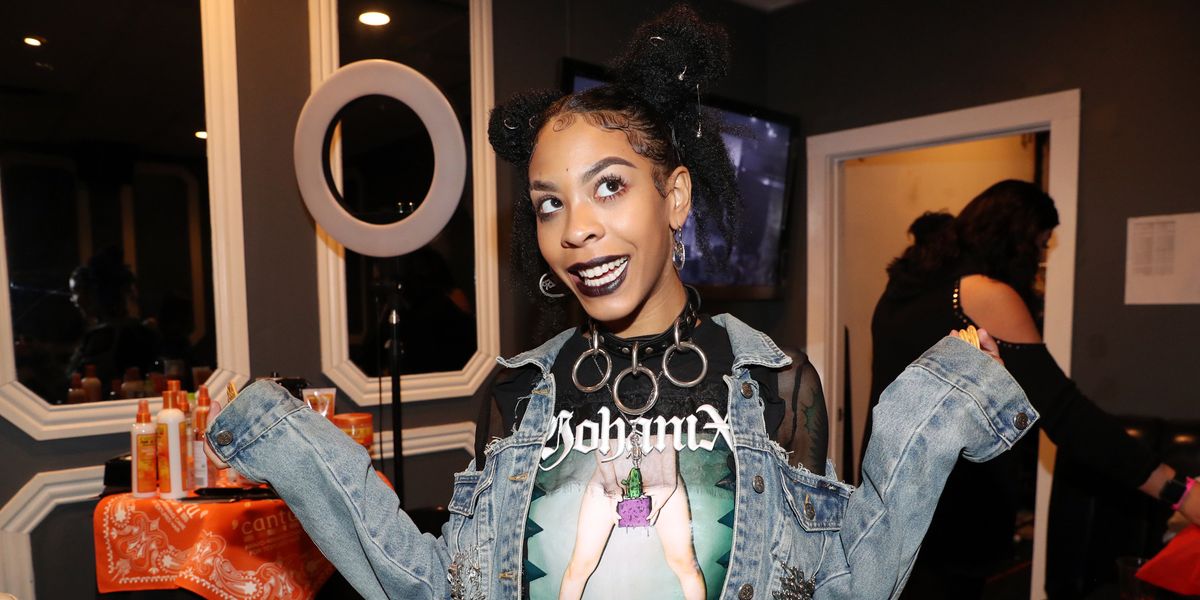 Rico Nasty thinks it's insane that women literally have to pay for being female. In an extended Twitter thread, the New York City rapper-producer raised the question of why women are paying out of pocket for period-care products when menstruation isn't something anybody signed up for.

She announced that in protest, she'll be setting up a "drive for women" to provide these period products for free.

I’m putting together a drive for women . Drop off pads and tampons (Unopened) and some bras. Details coming soon !
— TACOBELLA (@TACOBELLA)1539557522.0

She brought up other hidden period costs like painkillers and missed time at school and work. In addition, she threw bras into the conversation, expanding it to address the wide range of expensive, gender-specific products that people are socially required to use (power to #freebleeders and #freethenipple practitioners, but many people will face consequences in their daily lives for forgoing bras and period products, while others simply aren't interested in doing so).

The rapper hits on an ongoing debate about the cost of a period, that has grown as research has given us a better sense of the huge and invisible costs that people with vaginas incur over a lifetime.

There's no super precise figure of the annual cost of a period given variation in product costs, as well as how many periods a someone has a year, how many days a month, how heavy their flow is, and other factors. However, Huffington Post estimated that the average menstruator racks up a total of $1,800 per year for tampons alone, while Jezebel reported that menstruators spend around $60/year on menstrual products, making their lifetime estimate for pad or tampons around $2,200.

Both studies acknowledge that pads and tampons are only the beginning. Huffington Post estimated that when you look holistically at what women and menstruators purchase in order to make their periods livable and socially acceptable, including heating pads, acne medication, panty liners, Midol, replaced underwear, birth control and chocolate, the total cost of a period over a lifetime can be as high as $18,171.

The statistics are flooring, and Rico Nasty's thread clearly struck a nerve with fans. So, while she has yet to roll out details about executing the drive, her tirade has at least gotten people talking.

A helpful fan also reminded the rapper that not all menstruators are women.