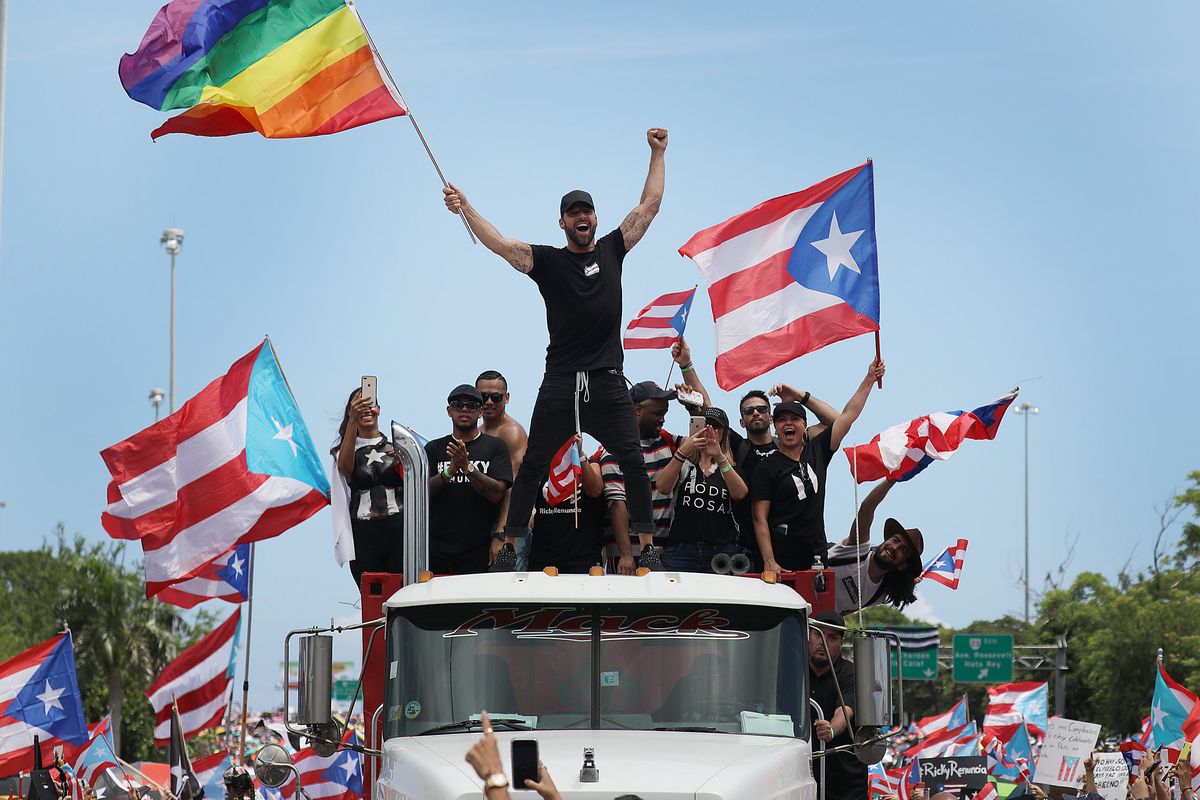 Ricky Martin Has a Message for the Governor of Puerto Rico

Yesterday, Ricky Martin represented his home country of Puerto Rico powerfully in the face of the nation's ongoing protests calling for Governor Ricardo Rosselló's resignation. Nearly two weeks ago, Puerto Rico's Center for Investigative Journalism leaked close to 900 pages of private chats between Rosselló and 11 of his top aides and Cabinet members, that contained misogynistic and homophobic remarks.

Some of the comments explicitly derided Martin's gay identity and sexuality. Former Chief Fiscal Officer Christian Sobrino wrote: "Nothing says patriarchal oppression like Ricky Martin. He is such a male chauvinist that he fucks men because women don't measure up. Pure patriarchy."

In response, Martin, who has been participating in the protests, delivered a message atop of a truck decorated by Puerto Rican flags. Martin waved a rainbow flag showcasing his pride surrounded by hundreds of thousands as they filled the Expreso Las Américas highway in San Juan, Puerto Rico. On Instagram, he writes: "How proud I feel to be Puerto Rican. What strength I felt from my people. We continue in the fight until @ricardorossello no longer governs."

The leaked messages were the tip of the iceberg in mounting dissent against Rosselló, including frustration about his education policies, leadership following the devastation caused by Hurricane Maria in 2017, and management of government funds. Part of this involved a federal corruption scandal involving two Puerto Rican government officials who were arrested by the FBI for funneling $15.5 million in department contracts to businesses with whom they had personal ties.

Lin-Manuel Miranda and Puerto Rican reggaeton superstar Bad Bunny, who paused his European tour to join his country in the protests, are also among the public figures demanding that Rosselló step down. "My respects to everyone who's had the courage, valor, and initiative to go out in the streets and fight for our country," he said on Instagram.