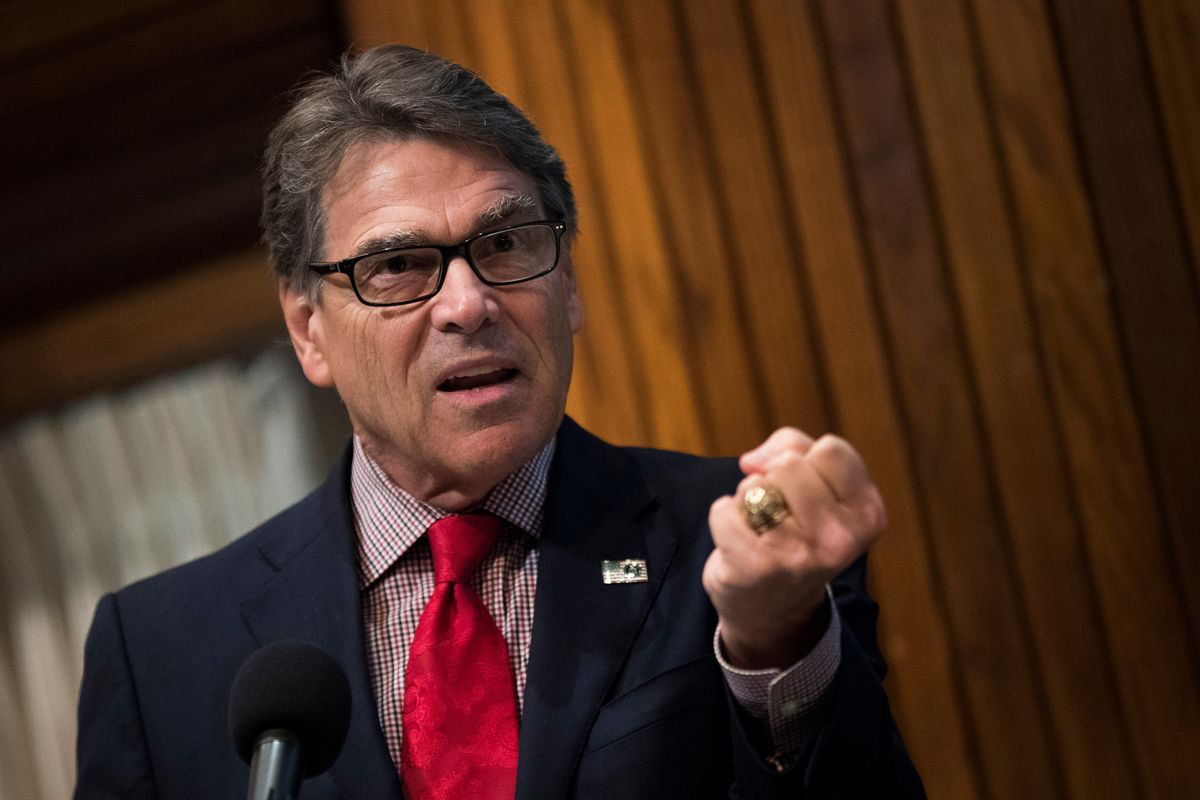 Despite an utter lack of qualifications, Rick Perry, the ex-governor, failed meat scholar, and thwarted Dancing with the Stars contestant is currently serving as our Secretary of Energy. Here in the upside down, Rick Perry is responsible for ensuring safe storage of our nuclear waste and determining energy policy! It's pretty cool. You know what else is cool? In addition to coming up with energy solutions for the future (oil!), Perry also figured out how to stop sexual assault. Just fire up some dang fossil fuels and turn on a dang lightbulb, dummies!

In an interview with Chuck Todd on Meet the Press, Perry discussed a recent trip to Africa where he mentioned the lack of electricity in certain villages he visited. Then, according to The Hill reporter Timothy Cama, he dropped some deep knowledge on how burning fossil fuels would be a positive step for women's safety...

"It's going to take fossil fuels to push power out to those villages in Africa [...] But also from the standpoint of sexual assault. When the lights are on, where you have light that shines, the righteousness, if you will, on those types of acts. So from the standpoint of how you really affect people's lives, fossil fuels is going to play a role in that. I happen to think it's going to play a positive role."

Ladies, why didn't we think of this?! Shout out to big oil for being such a great ally!