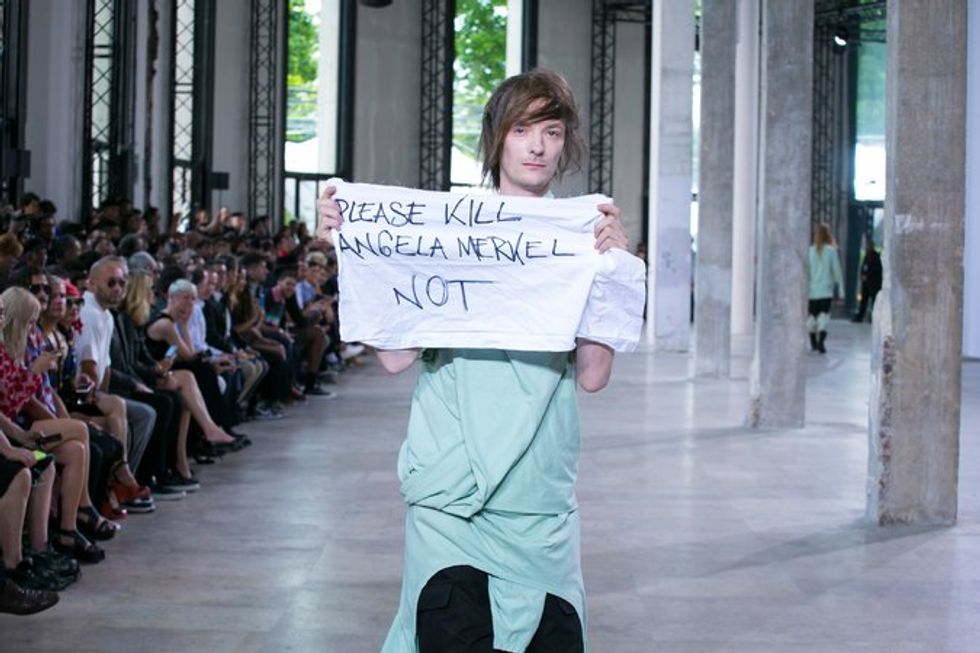 Rick Owens Finally Speaks Up About Punching That Rogue Model

by Sandra Song
PAPERMAG
Remember in June when Rick Owens socked Jera, that rogue model who staged an impromptu "Kill Angela Merkel" protest in the middle of his Paris Fashion Week show? Well Owens has got something to say about that, especially since people (ourselves included) were initially taken aback by a physical altercation right after a show focused around ideas of male aggression.
Speaking to Surface magazine, he explained, "The whole reason I hit the guy was I knew if I didn't react very strongly it might get out that this was some stunt that I had planned. Everybody had to know how strongly I disagreed with this."
"That was my biggest problem -- that it was a negative gesture," Owens said. "Whenever I do provocation, I'm always doing something that I feel is based on warmth and kindness and love."
He went on to say that what Jera did was "so illogical" and he wonders "if he has dementia or something" as he's now been basically ostracized from Owen's fold. He says his team "now feel[s] more hostility toward him than I do because they feel protective of me. It was really a self-destructive gesture."
Yikes.
[h/t Dazed and Confused]
You May Also Like
Famous People