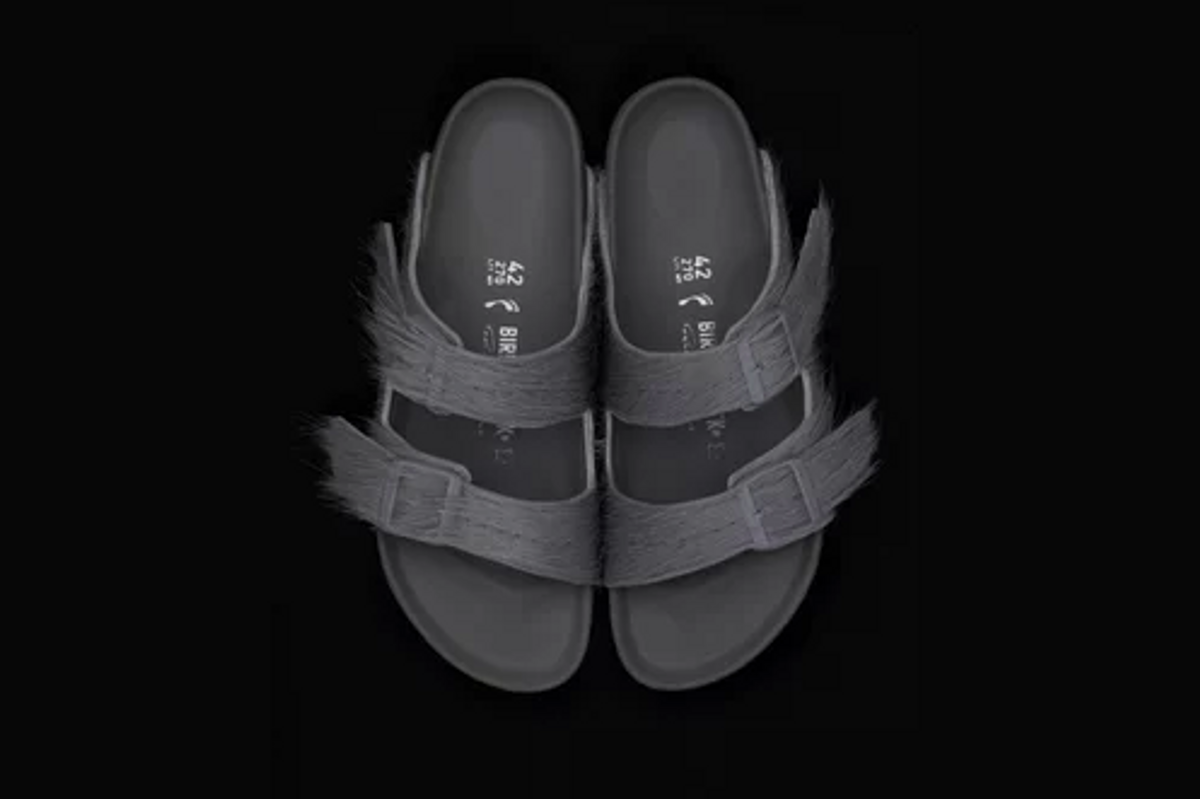 The Rick Owens Birkenstock Is the Ugly Sneaker of 2018

Kicking off the new year right, Rick Owens has revealed his own version of last year's $900 Balenciaga "ugly sneaker" with a subversively redesigned Birkenstock.

The already iconically ugly two-strap sandal was given special treatment by Owens, who added fabrics like felt, longhair cow fur and full-grain leather to create a shoe so gross it's great.

"Just a fashion designer would be less relevant," said the company's chief executive Oliver Reichert. "Rick Owens, however, is different. We collaborated in architecture, design and fashion."

Reichert says the brand doesn't consider itself part of the fashion system. "We are beyond fashion but we're relevant to it as an iconic classic, a genuinely universal wardrobe staple," he said. The purpose of the Box project to show Birkenstocks in a new light. "The versatile mobile structure is like a blank canvas and all our partners make this a meaningful venture."

Owens told BoF that he likes the German footwear brand because it promotes "steady longevity and personal well being." Birkenstock considers Owens to be no slouch either. "Just a fashion designer would be less relevant," the company's chief executive Oliver Reichert said "Rick Owens, however, is different."

And lest you think Birkenstock isn't aware of its role in the culture, Reichert added, "We are beyond fashion but we're relevant to it as an iconic classic, a genuinely universal wardrobe staple."

The shoes are available as part of Birkenstock's mobile pop-up series, Box, headed to Los Angeles in April. So grab some granola and a dad cap to pair with your new ugly-chic sandals, 'cause they're definitely a must cop if you're into that sort of thing (we sure are).