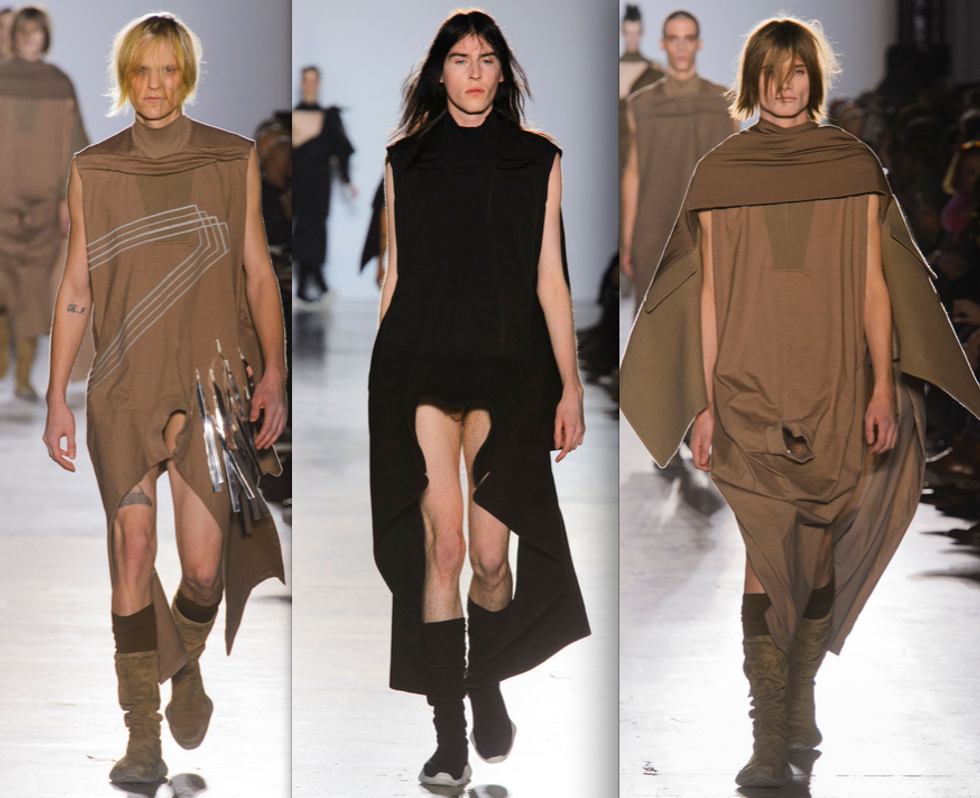 by Sandra Song
PAPERMAG
photo via NY Mag
Yesterday, took a look at Rick Owens' long-awaited comments about punching the rogue model who turned his Paris Fashion Week show into an impromptu protest -- however, the provocative designer had some other important points to make during his Surface interview, especially in regards to male body shaming.
Because while undue pressure is predominantly placed on the female figure, that doesn't mean body-shaming doesn't affect men as well -- especially in regards to their nether regions, which are often the focus of much undue scrutiny.
"Let's consider a world where there's no shame," Owens said to the mag. "Why did your parents teach you that your penis is ugly? All the most conservative or vehement reactions were: 'How disgusting! Why would anyone want to show a shriveled up nutsack like that?' And: 'Why was it so small?'"
He then goes on to say that it's strange that children are taught that penises are ugly and are supposed to be bigger -- another reason why his ground-breaking "peen peek" show earlier this year was such a revelation.
And since he's also the man who cast a professional step team in lieu of traditional models at one of his shows, let's hope that Owens keeps speaking up about body positivity for all.