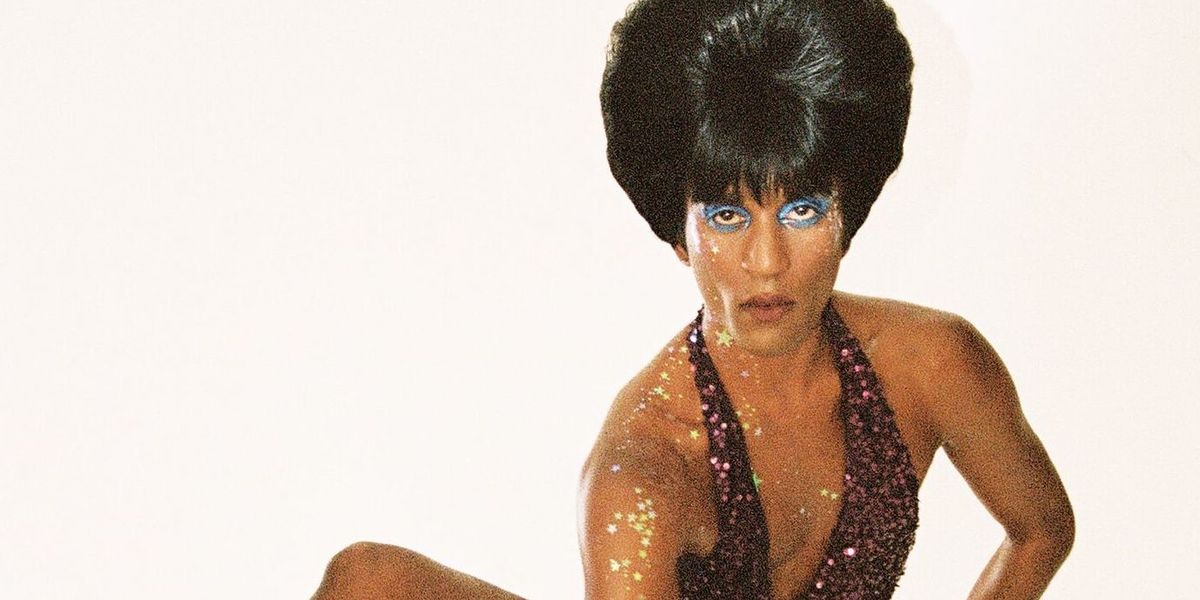 "This year we are called upon to stand up and against the violence and hate thrust onto so many Black and Brown bodies," says Richie Shazam. The New York-based artist, activist and photographer has been on the frontlines capturing some of the city's most historical marches and protests in support of Black Trans Lives.

As part of her ongoing work in raising awareness to important causes involving the queer community, Shazam has joined forces with Ganni to sell a limited number of photographic prints taken and signed by her. One hundred percent of profits from the two artworks — "Black Trans Lives Matter, NYC 2020" and "Self Portrait, NYC 2019" — will go to The Marsha P. Johnson Institute and FOR THE GWORLS.

"Supporting Richie's work makes me so happy," said Ganni Creative Director Ditte Reffstrup. "Richie was one of the first people we called during the lockdown... So when we were asked if we wanted to help raise awareness and funds for Black Trans Lives matter, it was such an honor."

This is not the first time the nonbinary model has linked up with a fashion brand, having walked for some of the most inclusive designers at fashion week like Palomo Spain, Puppets and Puppets and Barragán. But for Shazam, this partnership with the Danish label Ganni is about coming together to build community and provide resources and funds to important organizations that were doing the work.

"During Pride we celebrate a revolution that was started by people who more or less look like me," Shazam said. "Following their example, I learned the hard way, that living your truth authentically is a revolutionary act within itself. Through my artistic expression, I've learned about myself and was able to learn about others. My photography lets me tell stories, send but also transcend messages. "