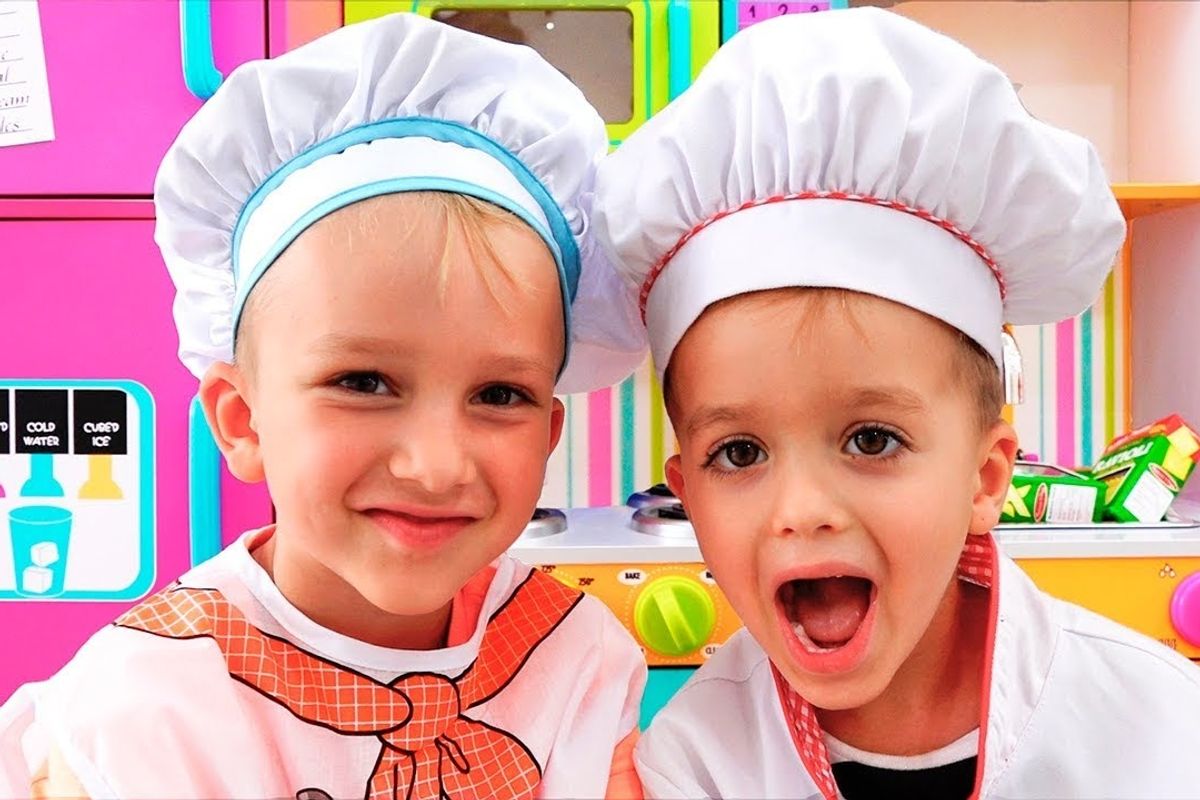 One of the Richest YouTubers Right Now Is Literally Four

Being a YouTuber is easily one of the most profitable jobs in the world, right now. From James Charles, to Tana Mongeau, these young entrepreneurs are literally raking in millions.

Of course, while it may seem easy, there's a lot of work involved in becoming a success. Just ask Vlad and Nikita, the brothers that are making a whopping $312,312 per video. In fact, a new report by the 2020 Youtube League puts the two ahead of the likes of Charles and Logan Paul, in terms of earnings. And they're only four and six years old.

With 69 million subscribers and 24 billion views (and counting), the YouTube brothers have gained immense popularity among a young audience that enjoys seeing them pretend play, travel and tell stories.

Alongside their parents, who sometimes also appear in the videos, Vlad and Nikita run 15 YouTube channels in 11 languages, making them the 11th most subscribed YouTube personalities in the world.

But if you thought that was a fluke, at number three is Like Nastya, another wildly popular children's channel run by six-year-old Anastasia Radzinskaya. The Russian-American blogger and third most subscribed YouTube personality currently makes about $258k per video with 48.1 million subscribers.

While her channel initially started off as a platform to document her treatment for cerebral palsy, it has now evolved into a full-fledged children's channel that shows Radzinskaya playing with her family, studying, playing dress up and more.