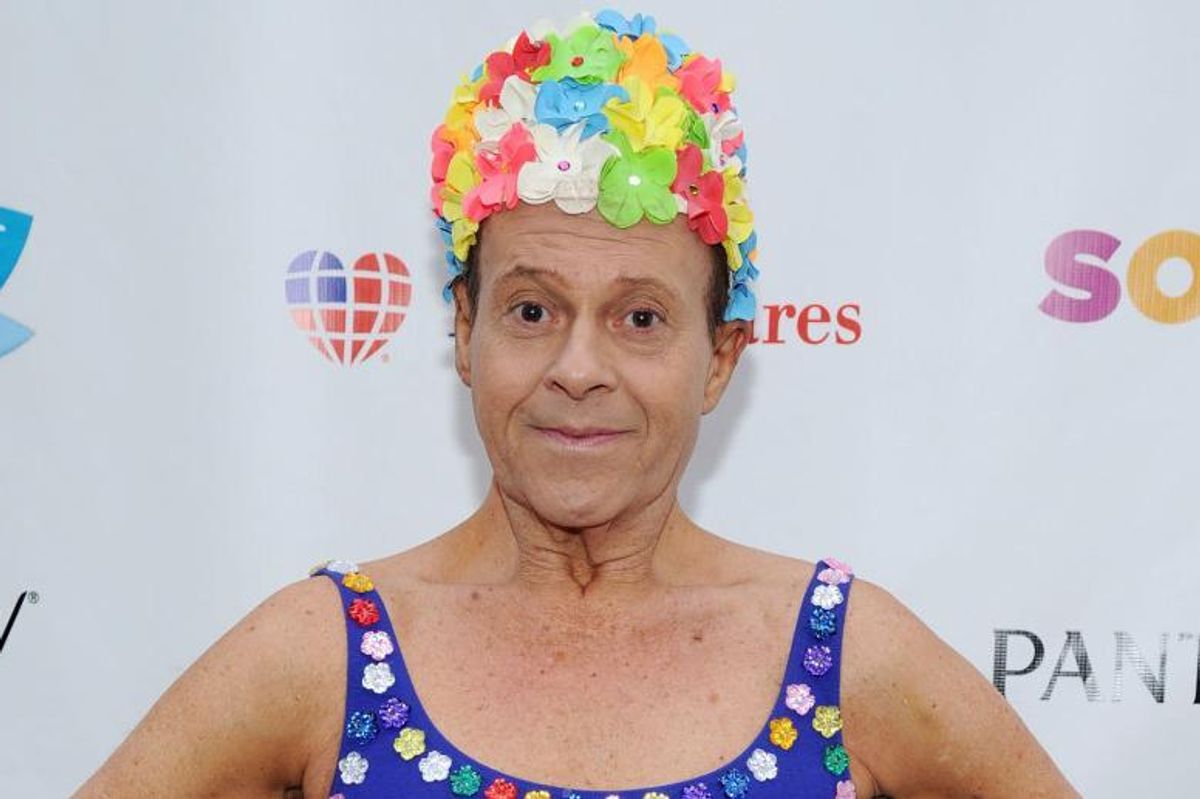 TMZ has nailed an exclusive statement from Richard Simmons' spokesperson (of course they did), who has been mostly a hermit in the past two years.

According to Mr. Simmons--who hasn't been seen at his Los Angeles exercise studio in over a year--he "is not Richard Simmons anymore."

And that's exactly what I'll faintly say tonight before screaming into my pillow.

Indeed, Richard appears to have maxed out his bandwidth for being a household name, and would like to live out his life as a civilian.

Last year, particularly depressing reports began surfacing about the fitness guru entering his blue period following a knee injury, claiming that Simmons "just sat at home all day" in his palatial estate in the Hollywood Hills.

He's apparently been so off the grid, that his family and friends have had police check on Richard, like last January; thankfully, all was OK.

His spokesperson emphasized that Simmons will remain active in philanthropy, and dedicated to helping the "obese and overlooked" but from "behind the scenes."