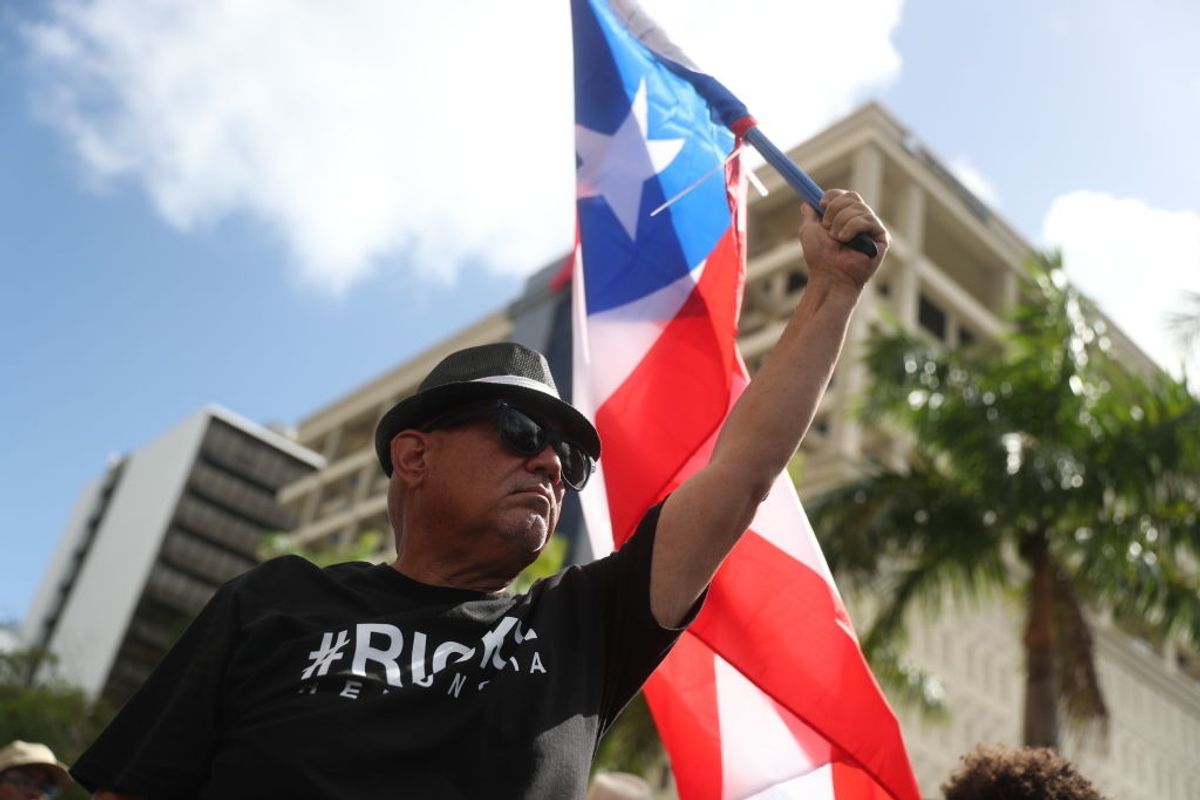 Now That Puerto Rico's Governor Ricardo Rosselló Is Out, What's Next?

Rosselló and his top aides came under scrutiny after over 900 pages of their Telegram messages containing homophobic and misogynistic content were leaked by the Puerto Rico Center for Investigative Journalism on July 13. These messages followed on-going criticism about his financial and education policies, a federal corruption scandal, and his leadership during Hurricane Maria.

The messages, which mocked Maria victims, government opponents, critics, and even Bad Bunny and Martin, were considered by many to be a final straw. Among the most damning were Rosselló's statements that San Juan Mayor Carmen Yulin Cruz was "off her meds" and that he was "salivating" to shoot her, calling former New York City Council Speaker Melissa Mark-Viverito a "whore," and making off-color jokes about the corpses piling up during Hurricane Maria.

Protests have been held every day since. Tens of thousands of Puerto Ricans filled the streets of San Juan demanding their governor step down. Late Monday night, demonstrations turned violent when police fired tear gas into the crowds.

The truth of the power of the people in direct, non-violent, resolute protest. Puerto Rico is lighting the way. https://t.co/h9FQfbvEmC
— Sara Nelson (@Sara Nelson)1564056621.0

Reportedly, as protestors remained in the streets awaiting Rosselló's remarks, no one knew when he'd appear. Suddenly, a livestreamed announcement from him began to play and protestors went silent, according to CBS News report. The announcement was a lengthy one. During the video, he cited his administration's accomplishments in the areas of infrastructure, corruption reform, and LGBTQ rights, and outlined challenges facing the island following Hurricanes Irma and Maria, the latter of which left 3,000 dead, causing mass destruction in homes and businesses and months-long power outages across the island.

Rosselló said he hoped his resignation would be a call for "citizen reconciliation" in order for Puerto Rico to continue evolving. Online, the hashtag #RickyRenuncio, which had been trending, accompanied numerous videos of Puerto Ricans celebrating in the streets after the resignation news arrived.

"I complete my mandate and the most I desire is peace and progress," he said. As protests were ramping up following the leak, Rosselló doubled down, saying he would not step down, and would seek reelection in 2020.

Secretary of Justice Wanda Vazquez will become the next governor of Puerto Rico. In a statement, Vazquez said she believed Rosselló made the right decision "for the good of both his family and for Puerto Rico."

She also said the two of them would work together to ensure a "responsible and transparent transition process" in the days leading up to August 2. However, #WandaRenuncia is now trending, with some online users suggesting she might be part of Rossello's corruption plot, alleging she was part of Hurricane Maria's aid mismanagement. This is a developing story.