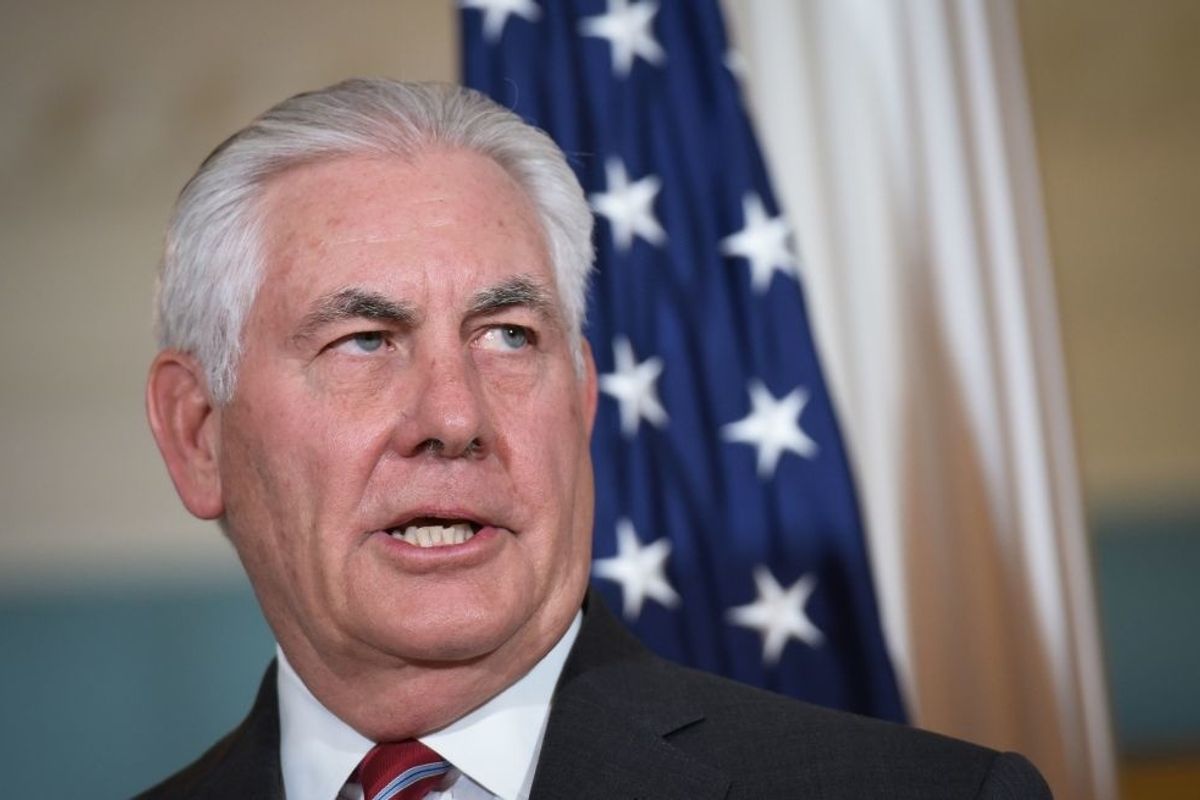 Damn, President Trump is kicking everyone out of the White House.

This administration feels less like governing the country and more like a dizzying season on The Bachelor, dumped fiancée and all. Except on The Bachelor, the losers are allowed to exit somewhat gracefully. In Trump's America, the losers have to endure impending rumors of their demise, playing out like a soap opera in the press, only to be humiliatingly fired in a tweet. A TWEET. Now, the Daily Beast has dropped a nugget about the firing of now-former Secretary of State Rex Tillerson earlier this week. Tillerson, the Beast reports, was sacked while he shooting off a deuce on toilet, Tywin Lannister-style. This is not a joke. This is just where we are now.

Tillerson and Trump reportedly never clicked. Rather than attempt to work together for, uh, the good of the country, Trump subjected Tillerson to months-long rumor mill about his employment status. Finally, Trump posted a tweet relieving Tillerson of his job as Secretary of State; Tillerson reportedly didn't know he was fired until he saw the tweet with the rest of the world.

He eventually got a phone call from the White House by Chief of Staff John Kelly. In recounting the conversation to a group of White House reporters, Kelly said that our boy Tillerson was answering the call of nature when he answered his phone. "Tillerson...was suffering from a stomach bug during a diplomatic swing through Africa, and was using a toilet when Kelly broke the news to him," writes the Daily Beast. YOOO THIS WHITE HOUSE IS MESSY. Why would Kelly leak this news?

Trump picked Tillerson to be America's head diplomat after, according to a report by the New Yorker, Russia pressured Trump to choose a Secretary of State who would be friendly to the Kremlin. Tillerson, the former ExxonMobil CEO, was chosen; Tillerson had pursued oil deals with Russia and was widely seen as close to Putin. Wrap your brain around that. Russia picked out the Secretary of State. Yes, those chills you just felt are a result of knowing that our President definitely is a Putin puppet.

Still, we know that the benevolent pangender diety doesn't like ugly. Rex Tillerson may not be a beloved figure, but he certainly didn't need to get flushed down the drain like that. We'll just sit back until 45 feels the wrath of his poor karma choices.