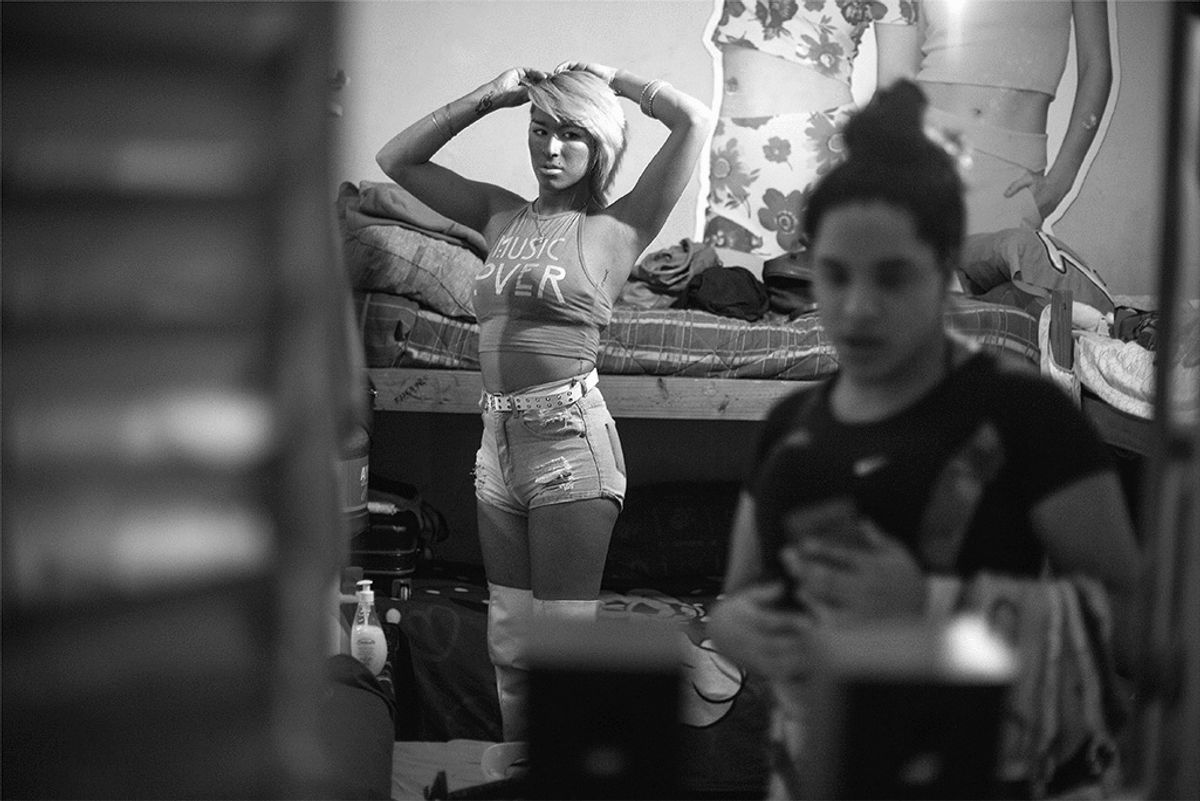 This Book Shines a Light on Argentina's Transgender Community

Argentina is a country that's been celebrated more and more for its trailblazing efforts to achieve equality of its citizens. For starters, it was the first nation in Latin America to legalize same-sex marriage. Argentinian leadership also passed legislation that made it one of the world's most advanced in the fight for transgender rights.

It currently has one of the world's most comprehensive transgender rights laws; the Gender Identity Law, passed in 2012, made Argentina the first Latin American country enabling people to change their gender identities without facing barriers such as hormone therapy, surgery or any psychiatric diagnosis that might label them otherwise abnormal. (Women's equality in Argentina, however, is another story).

What is perhaps most powerful and revelatory about Revealing Selves is its breadth: the transgender community in Argentina, as chronicled through Arnal's lens via stunningly intimate shots and details, is vibrant, diverse, and rich. The fact that the photos are black and white renders them timeless — honest portraits of people destined to linger in your memory.

There are stories of transformation borne through meeting life on life's terms. Some of those stories include people like Florencia Güimaraes Garcia, a former sex worker who became leader in the transgender rights movement in Buenos Aires, and Cinthia Arroyo, who is working as a librarian and raising her daughters alone.

Have a look below at some of what you can expect to find in this book; buy it here, via The New Press.