Restaurant of the Week: Zipper Tavern 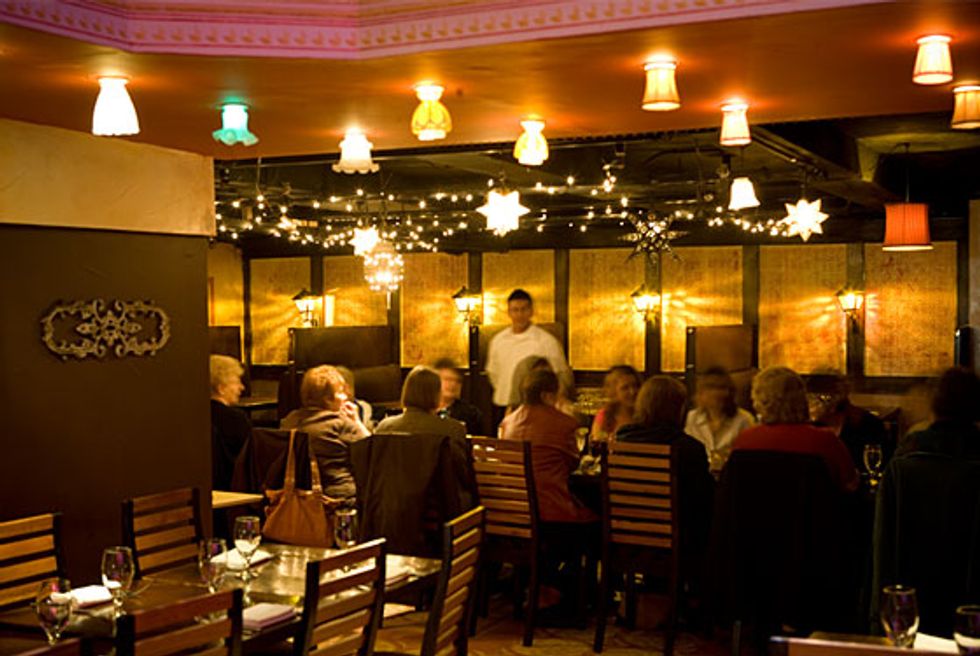 The sausage is much like the law in that you wouldnât want to watch either being made, Otto von Bismarck once famously remarked. Chancellor Bismarck, perhaps preoccupied by affairs of state, forgot one important addition: That, at least so far as the sausage is concerned, you wouldnât always want to watch it being served, either. This last bit of wisdom would be welcome at the Zipper Tavern, where an excess of visibility threatens an otherwise wholly agreeable exercise in pub grub. Zipperâs sausages -- in a selection of flavors from kielbasa to a crumbly anise-laced pork -- are all delicious, lovingly smoked in chef Larry Kolarâs Long Island backyard and served on a vinegary pile of house-made sauerkraut (three varieties for $17). But the cavernous dining room, which also features balcony seating and a raised stage, overwhelms what should be an intimate little haunt, an out-of-the-way place where you can give yourself bad breath in peace. Zipper would do well to eliminate some of its pomp and circumstance (stagey spotlights trained on some tables, for example, and the wide array of generally undistinguished appetizers and sandwiches, including a beef brisket appearing quite similar to pulled pork, $12 each) and focus on what it does so very well. As Zipper is an offshoot of the popular Zipper Theater right next door, its overacted antics are understandable but shouldnât be encouraged. Go now -- and tell them you want your sausage, your beer and a table in the back. 336 W. 37th St., (212) 695-4600.