Restaurant of the Week: Alchemy 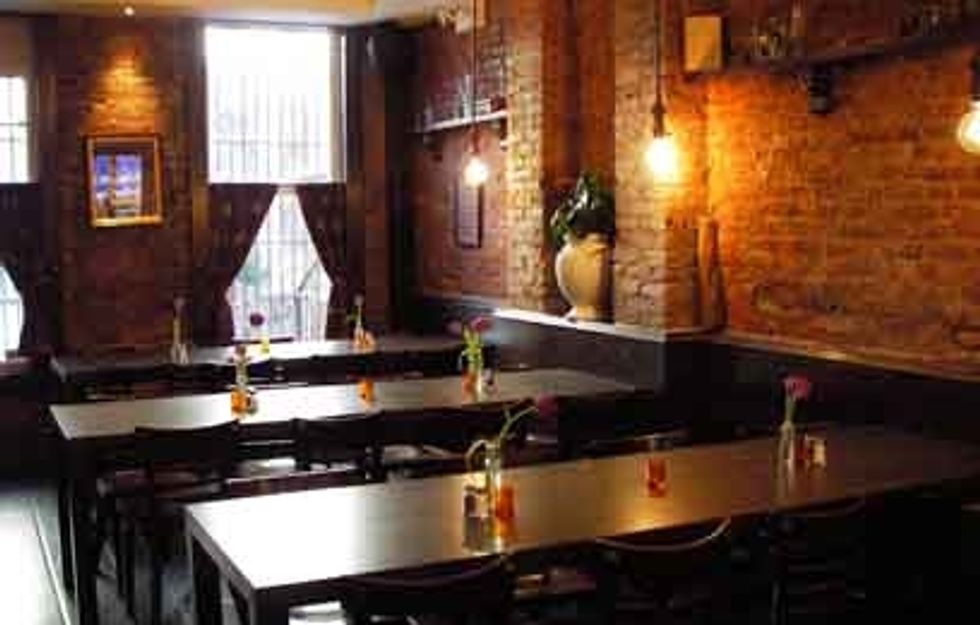 As the trend toward gastropubs gathers momentum in New York City, Park Slope's Fifth Avenue restaurant row has latched on with one of its very own. The inviting, old-timey 48-seat restaurant offers hearty pub food with some curious culinary flourishes. Standouts on a brief but enticing menu include diver scallops ($10) nested in acorn squash puree, lovingly cloaked in a Guinness froth -- perhaps to remind you that you're still in an Irish pub. An entre&e of fluorescent-pink beet ravioli ($15) in rich goat-cheese bÃ©chamel is subtly sweet while still nicely salty, and the tender hanger steak ($23) is smartly outfitted with savory bone marrow and a red-wine bÃ©arnaise. Other dishes mark solid creativity, if little else: The mushroom salad ($8) was unceremoniously doused in oil, while the fried cuttlefish with chorizo mayonnaise ($8), mostly composed of flimsy, greasy batter rather than fish, is not an upgrade from its calamari cousin. Wild-striped bass ($22) features sharp and interesting celery-root gratin and a tart huckleberry sauce, but the bass itself came off as a fishy afterthought. Despite these miscues and occasionally deafening background music, the highly touted, toothsome Guinness toffee-pudding dessert ($6) smoothes over any lingering hard feelings. 56 Fifth Ave., Brooklyn, (718) 636-4385. Isaac Kardon