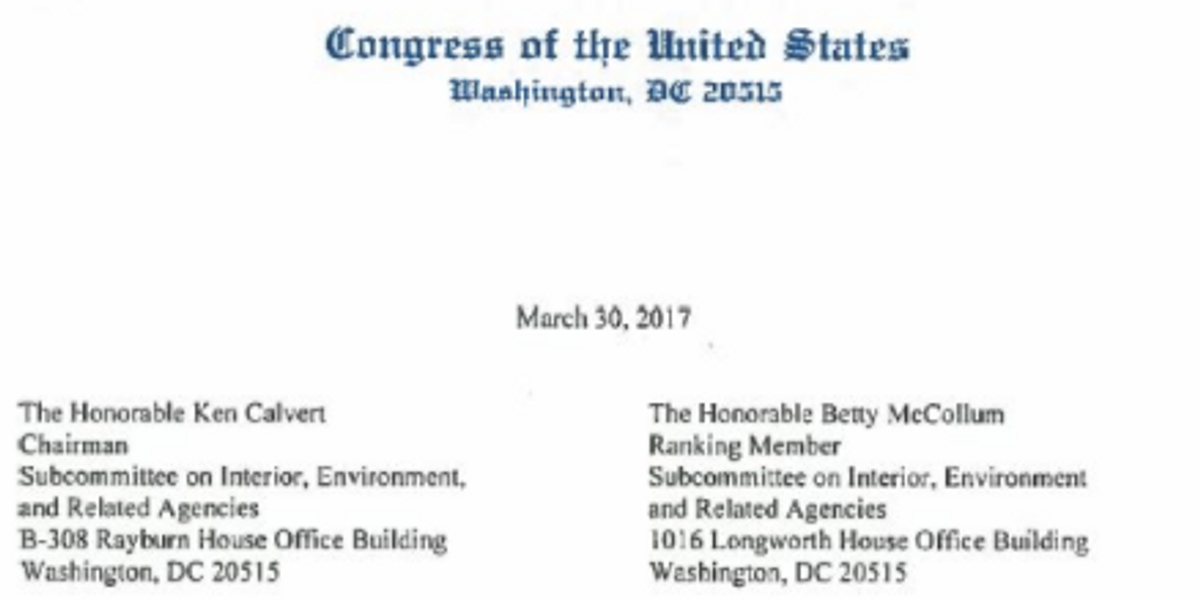 The depressing news last month that Donald Trump planned to gut funding for the National Endowment of the Arts (NEA), along with the National Endowment for the Humanities and the Institute for Museum and Library Services, seemed to only confirm our growing suspicion that the world is going to pieces and everything is the worst.

However, good news today reminded us to stay hopeful and not go so quietly into that good night. A letter signed by 11 House Republicans was published asking the leaders of the Subcommittee on the Interior, Environment, and Related Agencies to continue funding the NEA.

In fact, these wayward Republicans actually asked for more funding than before, proposing a budget of $155 million for 2018 (more than the $147.9 million allocated to the NEA in 2016).

"Federal investment in the arts provides all Americans with expanded opportunities to engage with the arts in each state and district," the letter says. "The NEA reached its peak funding at $176 million in '92, and has never fully recovered from a 40 percent budget cut in '96."

The eleven signatories pointed out that the NEA has often partnered with the Department of Defense to bring therapeutic art activities to current servicemen and women, veterans, and their families, and rightly noted that the arts bring jobs to Americans and can help students improve test scores and encourage them to stay in school.

The eleven are not the first Republicans to oppose cutting NEA funding and will hopefully not be the last. In February when rumors that Trump would cut the NEA first circulated, Republicans Shelly Moore Capito (West Virginia) and Susan Collins (Maine) added their signatures to a letter put forth by Kirsten Gillibrand imploring him to keep funding the program and ones like it.

"I believe we can find a way to commit to fiscal responsibility while continuing to support the important benefits that N.E.A. and N.E.H. provide," Alaska Republican Lisa Murkowski told the New York Times in March.