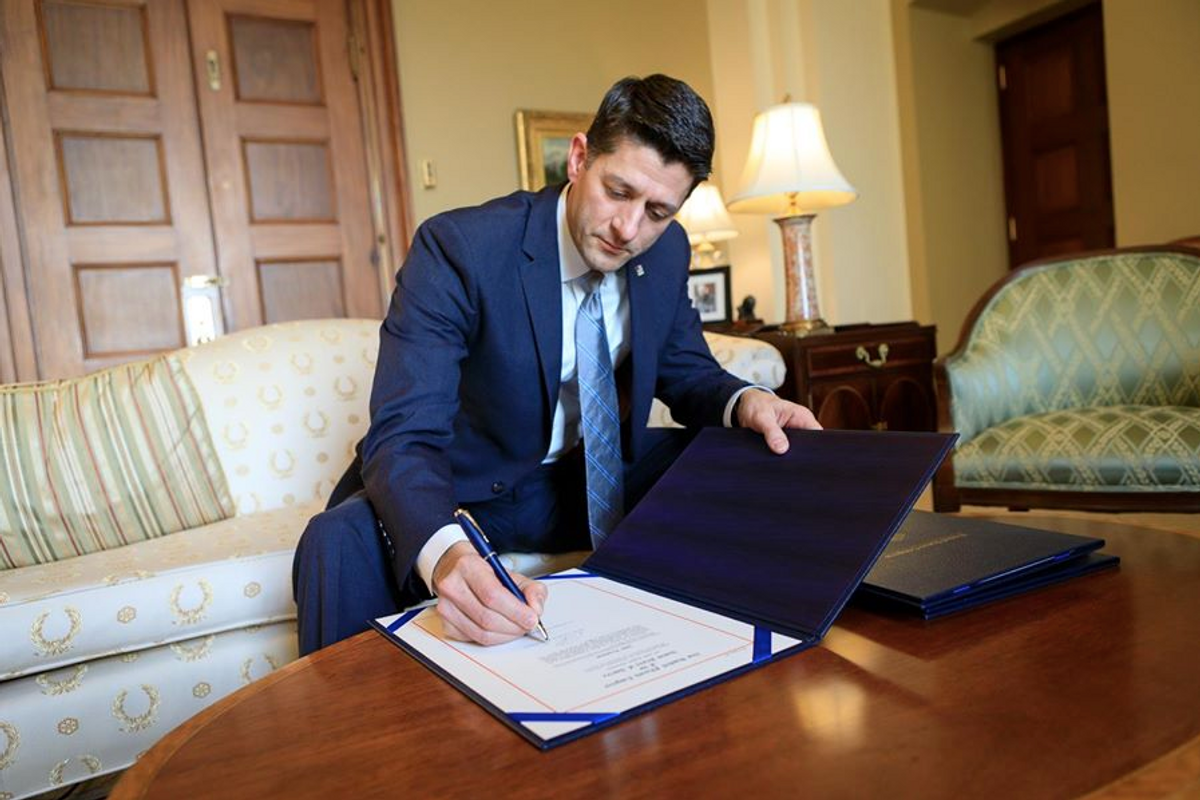 Rather than be faced with a failing vote to repeal Obamacare and replace it with Speaker of the House Paul Ryan's American Health Care Act, Trump has asked Congress to pull the bill from consideration altogether.

"You can't pretend and say this is a win for us," said Republican Representative Mark Walker of North Carolina said. "Probably that champagne that wasn't popped back in November may be utilized this evening," he said.The vote on the bill had already been pushed to today, after House Republicans spent yesterday scrambling to make concessions to both moderate and conservative GOP lawmakers that ultimately still weren't enough to secure the majority needed to pass the bill.

Republican Representative Chuck Fleischmann of Tennessee conceded, "We're going to go home and spend time with our families and time with our constituents, and one day I hope we can eventually repeal."

Trump has previously said that if this attempt at repealing Obamacare failed, he would not seek to replace it again, but instead work with the current system to make changes. Democrats and Republicans alike agree that the Affordable Care Act, first signed into law seven years ago, needs updating.

Republican Representative Kevin Cramer of North Dakota took a bigger lesson away from the chaos of the last few days. "We have to do some soul-searching internally to determine whether or not we are even capable of functioning as a governing body," he said. "If 'no' is your goal, it's the easiest goal in the world to reach."