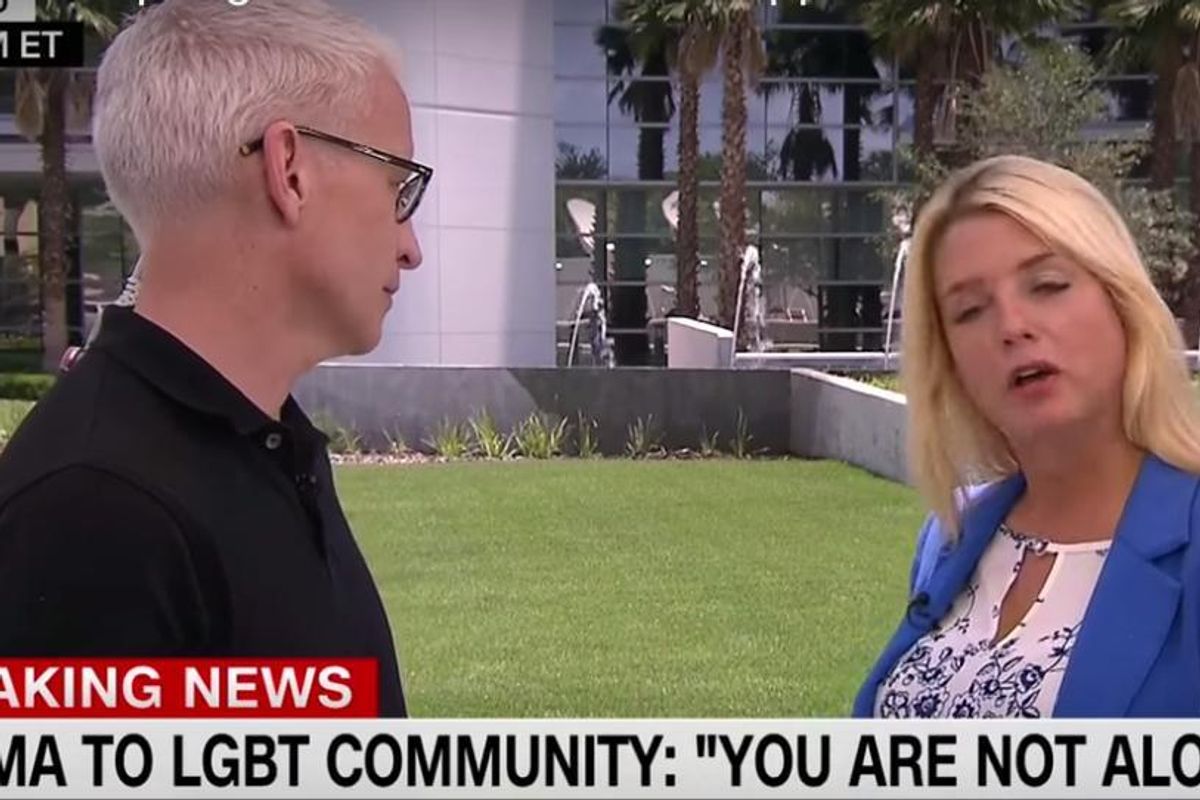 The Orlando night club massacre on Sunday has prompted Florida Attorney General Pam Bondi to finally start voicing her support for the LGBTQ community. This is news to lesbian, gay, bisexual, trans and queer Florida residents, whom as Anderson Cooper notes in a new scorched earth interview with Bondi, have felt alienated and underrepresented by her in the past.

Tonight, CNN broadcast a one-on-one interview with Cooper and Bondi in which he grilled her for five minutes for her apparent hypocrisy. Or, rather, he grilled Bondi about the "sick irony" of her previously appealing the ban on gay marriage in Florida after it was ruled unconstitutional and, then, following the horror this weekend, urging the same-sex spouses and family members of victims to call a hotline to access medical information on their loved ones.

You know, the very kind of medical access you can't gain without being married to someone, an indignity that gay couples endured until the Supreme Court made same sex-marriage legal nationwide just last year.

On top of that, Bondi's marriage appeal included the argument that making gay marriage legal would cause "significant public harm" to the people of Florida. And yet Bondi, in the wake of the tragedy, said the state would prosecute anyone who goes after the LGBTQ community to the fullest extent of the law.

"Do you really think you're a champion of gay rights," Anderson asked a befuddled Bondi in the clip.

As Cooper proves, you can't have your cake and eat it, too, though many Republicans are attempting to do just that.

Donald Trump even tweeted vague, congratulatory condolences with no mention of the fact that victims were primarily queer and Latinx-- two communities he does not support.

LA Will Finally Get a Taste of Amiri's Entire Brand Universe