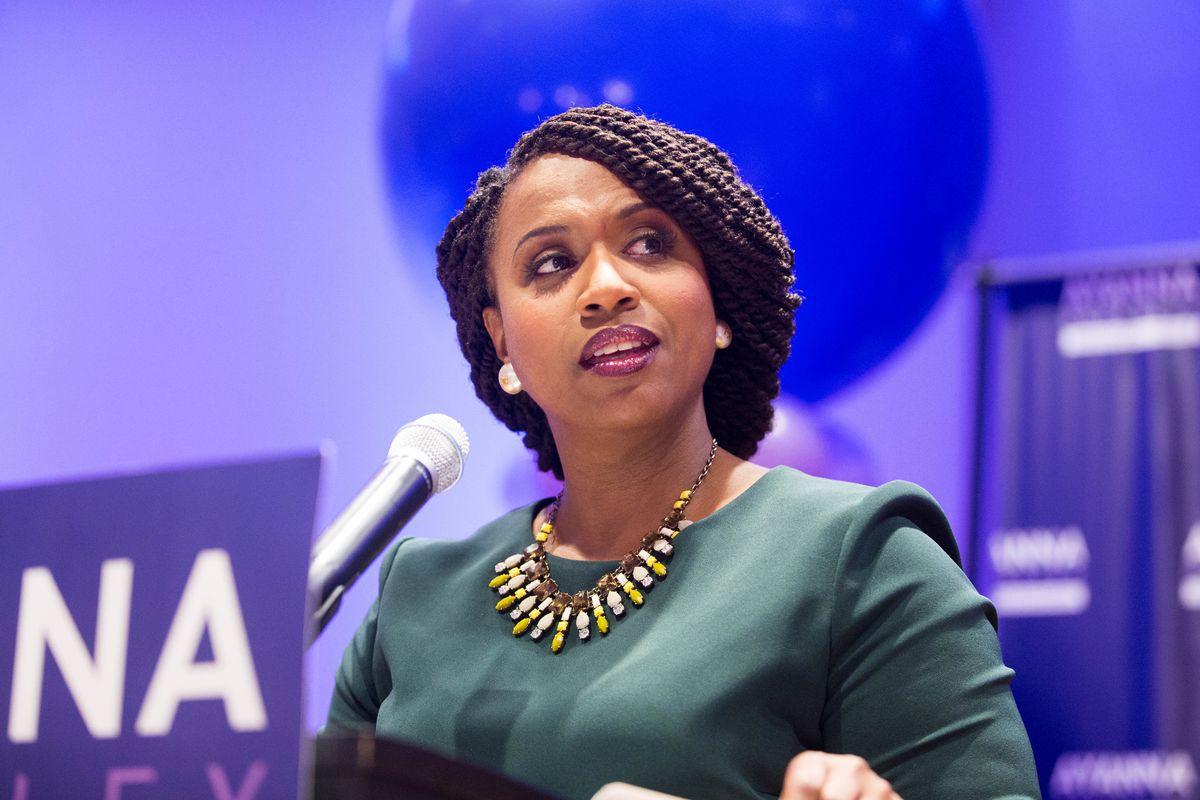 On Thursday, Massachusetts Rep. Ayanna Pressley revealed for the first time that she is living with alopecia.

In a new video for The Root, Pressley got personal about her experience dealing with the sudden onset of the autoimmune disorder, which causes "hair loss on the scalp, face and sometimes on other areas of the body," per the National Alopecia Areata Foundation.

Explaining that her hair loss "accelerated very quickly" after she first began noticing patches on her scalp last fall, Pressley said that the last of her hair fell out this past December — the day before the House impeachment vote.

"I was completely bald, and in a matter of hours was going to have to walk into the floor," Pressley said. "I didn't have the luxury of mourning what felt like the loss of a limb. It was a moment of transformation not of my choosing."

"Every night I was employing all the tools that I had been schooled and trained in all my life as a black woman, because I thought that I could stop this," she continued — though that, unfortunately, didn't prevent her from "waking up every morning to sinkfuls of hair."

And while she said that she's "making peace" with the condition as she's still "very early in my alopecia journey," the congresswoman explained that she felt ready to share her condition now, as she wants "to be freed from the secret and the shame that that secret carries with it."

Additionally, when faced with the reality that as "a Black woman in politics, everything I do is political," Pressley concluded that she's seeking to not just "occupy space," but "create it."

"And that's why I'm doing this today. It's about self-agency. It's about power. It's about acceptance," she said. "Right now on this journey, when I feel the most unlike myself is when I am wearing a wig. So I think that means I'm on my way."

Watch the entire video for yourself, below.