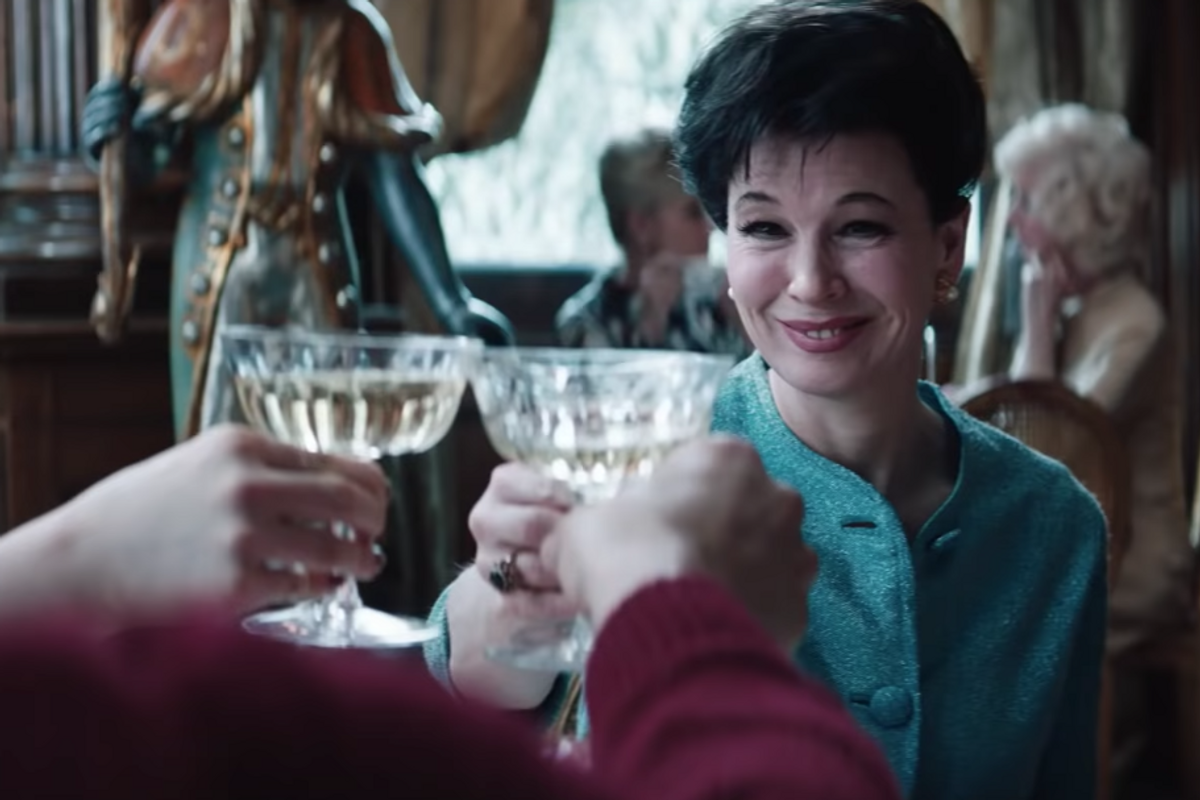 The first trailer for Judy, the Judy Garland biopic starring Renée Zellweger as the everlasting starlet, has dropped — and you will sob. The entire teaser, from start to finish scored to Zellweger's supposed rendition of "Somewhere Over the Rainbow," is as magnificent and grand as the life of the actress herself.

The trailer begins with a behind-the-scenes look at the yellow brick road, and leads into a rather melancholy montage showcasing the singer's highs and lows; from love and embrace to addiction and loneliness, Judy seems to cover it all. There's something incredibly poignant and genuine about the shots included in the trailer. Moments from her live concerts, recreations of The Judy Garland Show, and more public appearances happen throughout the trailer.

What's more interesting, however, are the private moments that seem to be portrayed heavily in the film. Shots of Zellweger contemplating solemnly in a dressing room serve as visual precursors for the tragedy to come, while moments with her children show off a side of her that's been rarely examined in past incarnations of her story.

Perhaps most beautiful is the complexity of the trailer. There's no force-feeding of the more sensationalized themes that now characterize Garland's ending. Pills aren't rolling out onto the floor of a scattered hotel room, nor are the instances of extreme distraught used to hyperbolize. The trailer seems to indicate a shift in the infamous biopic structure that brought films like Bohemian Rhapsody its less-than-glowing reviews. The fresh departure will hopefully continue in the film itself, and hopefully tell Garland's story as completely as possible.