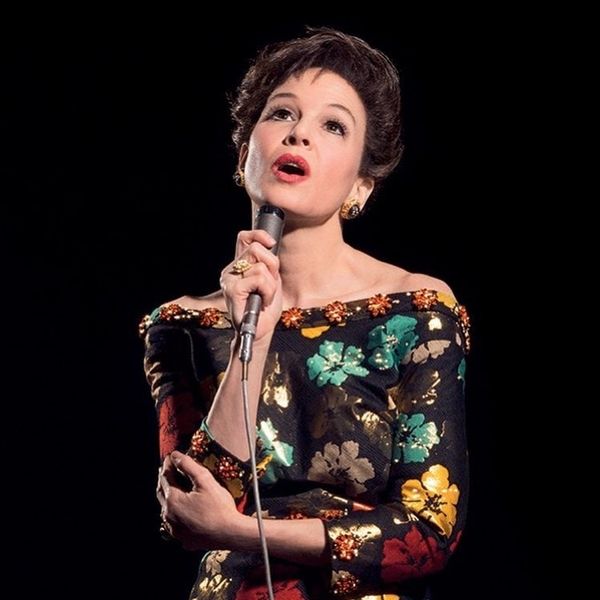 Renée Zellweger Is Coming For You, Oscar

Slowly but surely, Renée Zellweger is coming back. Following a six-year acting hiatus, Zellweger reprised her iconic role as Bridget Jones in 2016's Bridget Jones's Baby, then starred in a few dramas. Zellweger resurfaced this year as a ruthless investor in soapy thriller What/If, and now, will play Judy Garland in an upcoming biopic, Judy.

The film, out September 27, is based on Peter Quilter's play End of the Rainbow. In the first official trailer for Judy, which chronicles the last year of Garland's life during her sold-out show at London nightclub Talk of the Town, Zellweger hits all the notes of the tragic gay icon/entertainer's demeanor and presence.

There are scenes of her struggling with addiction, speaking and singing in a quivering voice, charming audiences with her signature wit and self-deprecating humor. The film also explores Garland's five marriages, and her relationship to her children. Gemma-Leah Devereux plays her daughter Liza Minnelli, though the real Liza is reportedly not a fan of this film.

Stay until the end for a bit of Zellweger's version of Garland's "Somewhere Over the Rainbow." Because we love our icons forever memorialized, especially when portrayed with what looks like such extraordinary care and detail, Zellweger just might be on her way to awards-season glory. Watch the Judy trailer, below.