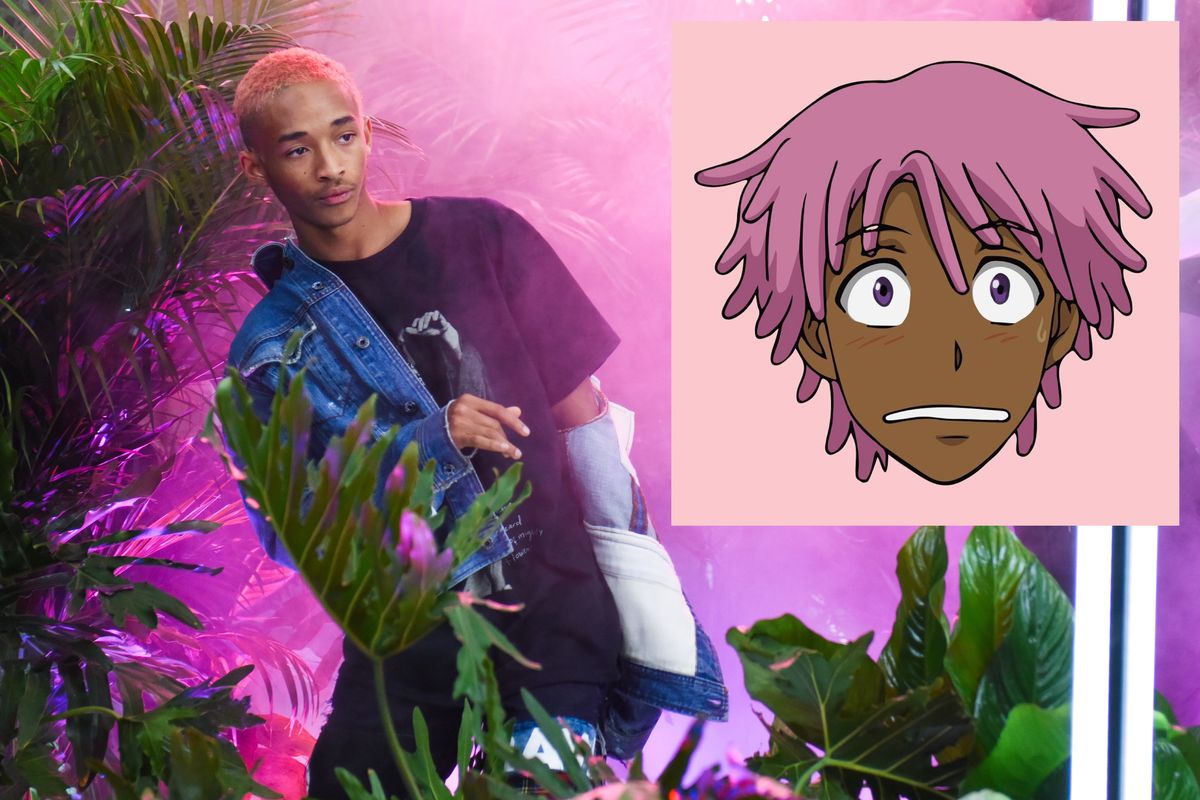 Today, Jaden Smith popped onto Instagram to post a picture of what appeared to be an anime character with pink hair — a color many people will be quick to point out the famous child has been sporting as of late. In the caption, Smith linked to another account, "@neoyokio," which has nine posts (all from the past day) that combine to form a larger image of an animated town. The bio for that account reads: "the greatest city in the world."

At the same time, Vampire Weekend's enigmatic frontman Ezra Koenig has been doing some posting of his own, albeit on Instagram's more text-heavy partner-in-crime, Twitter. This morning, in response to an earlier tweet of his from 2015 in which he posted a picture standing next to Jaden Smith with the caption "things are bubbling in the sea beneath 14th street," Koenig posted an array of pictures in a tweet that featured the caption, "NEO YOKIO IS THE GREATEST CITY IN THE WORLD. to Studio Deen, Production IG, Jaden Smith, Kazuhiro Furuhashi & many more." The pictures included Jaden's aforementioned pink-haired character, a screenshot of the image on his Instagram, and a few screenshots from the @neoyokio Instagram page.

But the real fun came when Twitter user @theshrillest made the shrewd observation that Desus Nice and The Kid Mero (of Viceland's popular show Desus & Mero) had been tagged in the post. Linking the tagged names with Koenig's proclamations of "many more," they asked what many in their place would: "you... made an anime with jaden and mero? son." Koenig's answer was not really an answer at all, but rather a simple preview of what an "anime with jaden and mero" would like if it did exist — which, at this point, it's clear it does.

In the clip, the same character appears and is very clearly voiced by Jaden Smith. As he bemoans some decision, dejectedly sighing "I guess you're right," another character, voiced by The Kid Mero, shows him a pair of green pants, noting that they "pulled a great look for you." Naturally, it's "definitely on brand." Though no other casting announcements have been confirmed out of these three, a quick peak at the show's Twitter account's "Following" list shows some promising names like Alexa Chung, Tavi Gevinson, Kiernan Shipka, Susan Sarandon, Amandla Stenberg, and of course, Jaden's little sister Willow.

As pointed out by The Fader, it looks like the show is slated to hit Netflix on September 22nd.