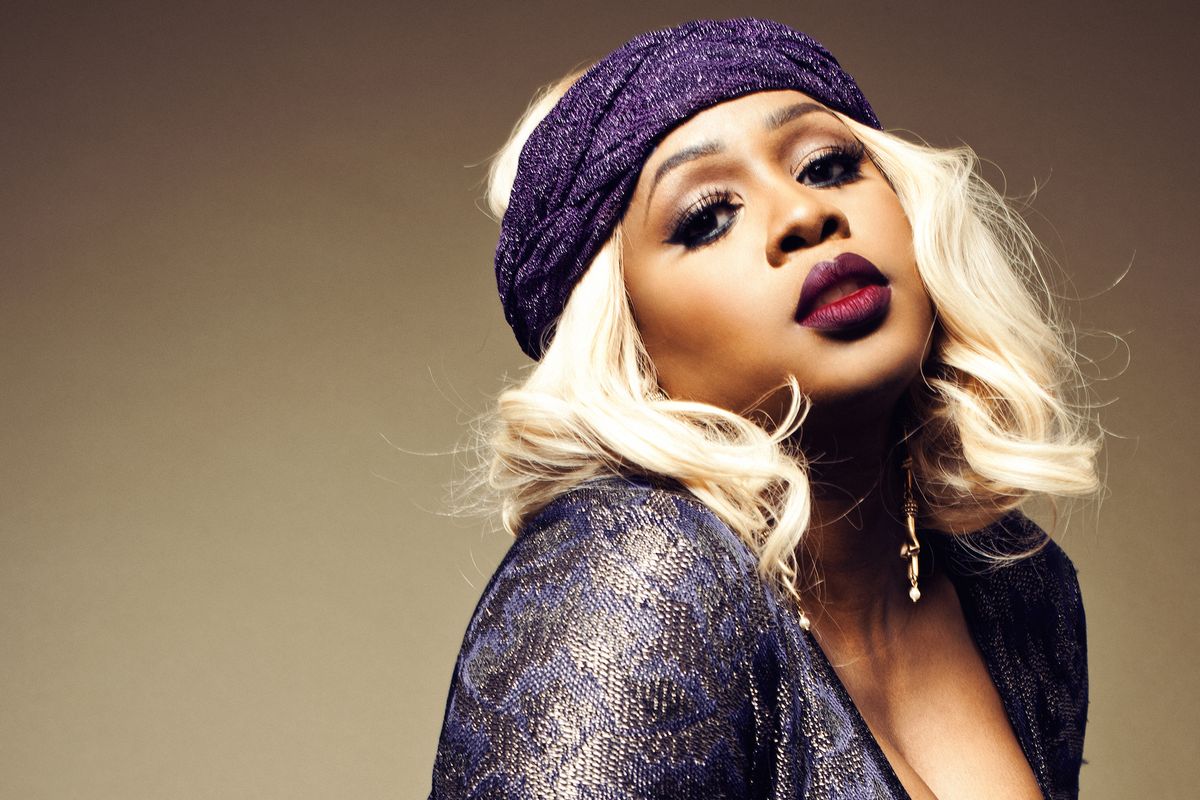 Remy Ma On the Importance Of Women Working Together

Remy Ma has been going hard ever since the Bronx-bred emcee was released from jail, and she's got a hell of a 2017 to show for it. Her joint album with Fat Joe, Plata O Plomo, drops in January, and the next season of Love & Hip-Hop is on its way. Here she talks about the importance of women working together and empowering one another to go all the way up.

It's sad to say, but I'm gonna say it: I don't feel like much has changed for women in hip-hop, not only since I was in prison, but since I started in the game. There's still so much discord between females in the game, whether it's spoken or unspoken. You can see it in the fact that no one's working together… People make it seem like there can only be one woman in hip-hop. And with women, we are so amazing in our ability to transform and wear so many hats, it still seems so crazy to me. When I look at the women in my profession, I see we are all different. And when I say different -- I mean totally different. So, the fact that society and the industry itself pits us against each other, it's really fucked up.

I also blame it on us artists, because we can say we're cool with each other all day, but if we're not working together, how cool are we really? Anytime I say something like 'I'm the queen' or 'I'm that bitch' or whatever, it's gonna seem like I'm throwing shots at you because everyone's gonna be thinking who else could I be talking about other than the females beside me? Say Drake gets on a record and says some shit about Future, it's like whoa, but then they're making an album together so how uncool can they really be with each other? But when it comes to women -- we don't have that. And I don't know why we don't have that… women are nurturing, women are loving, women are comforting. It saddens me to see women trying to get in the game today that see the only way to get to the top is to diss who's on top. Love yourself all you want, but don't diss me if we ain't got nothing going on against each other. Hip-hop is bragging, it's boasting, it's being the best. But that don't mean we can't be a conglomerate of all different outspoken personalities doing our own thing, being successful in our own individuality… 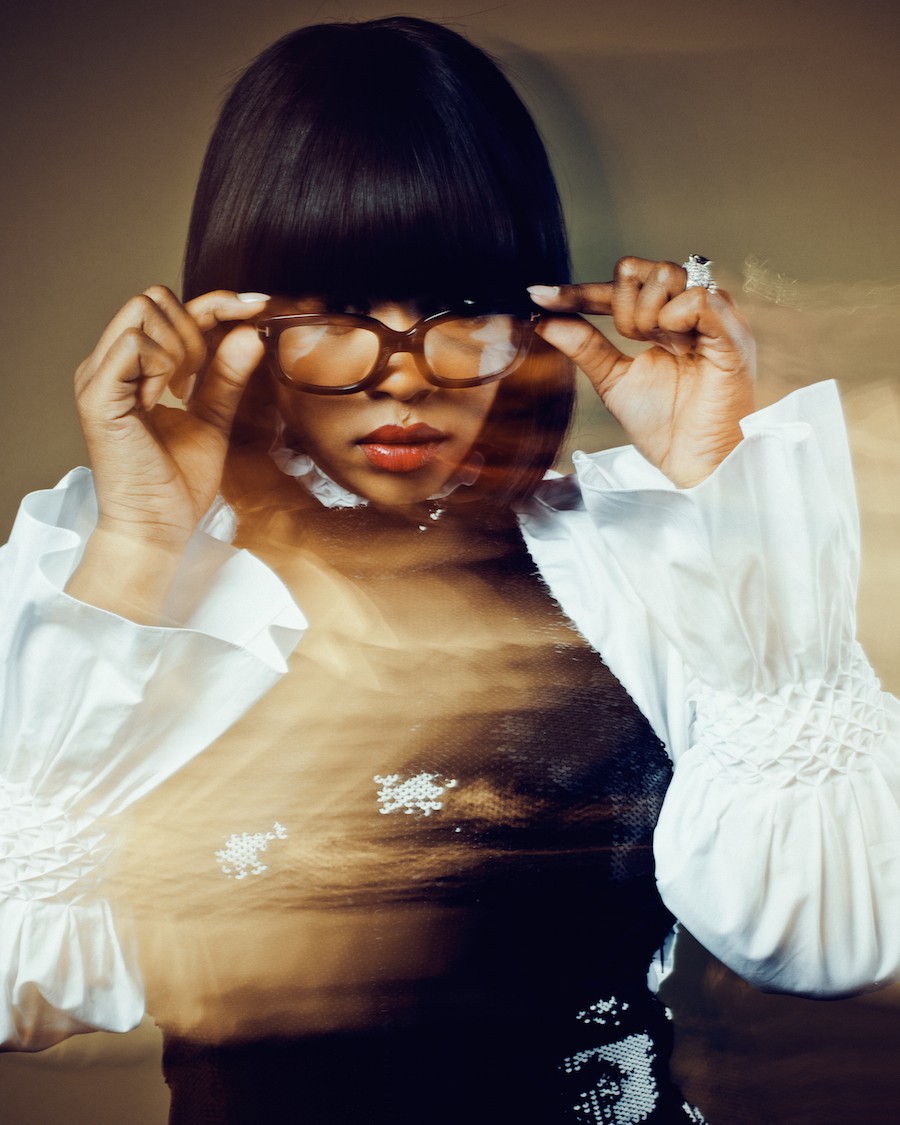 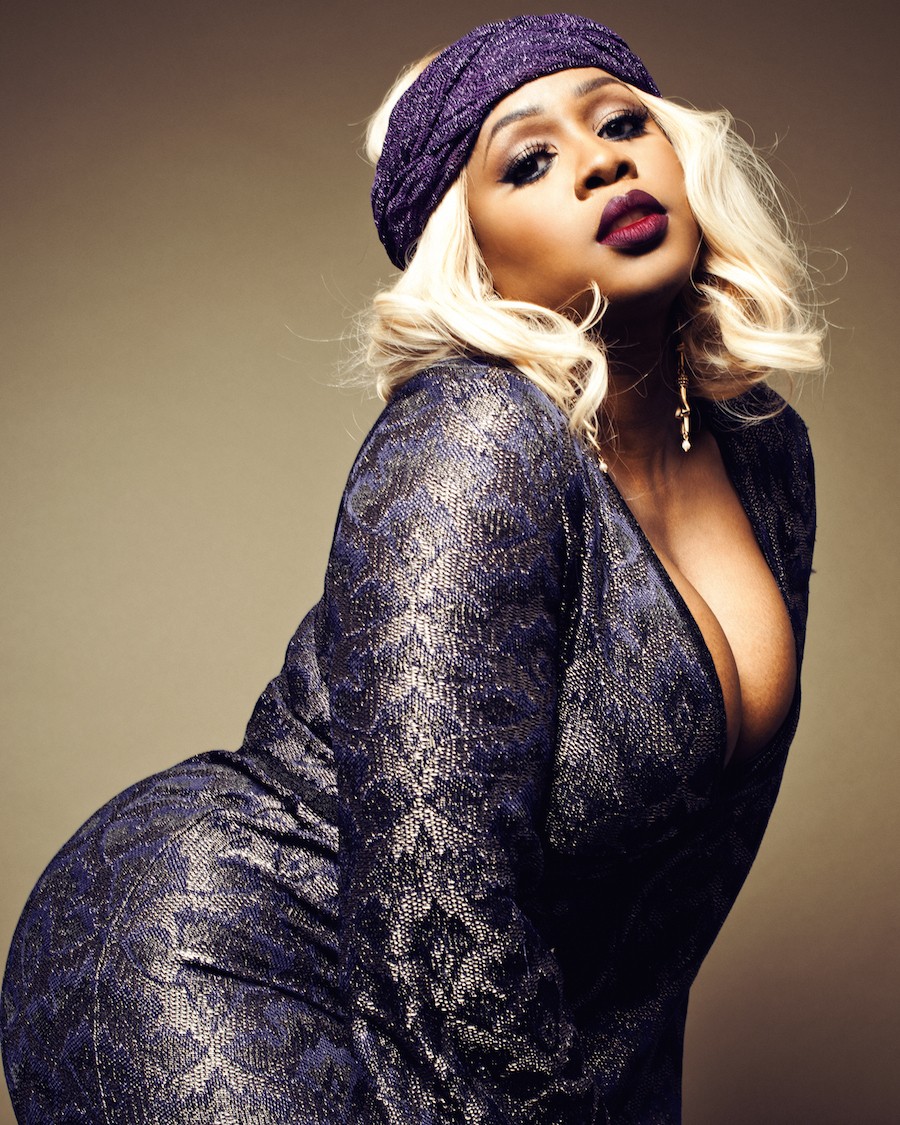 Remy Ma wears a dress by Cavalli, earrings by Gucci and a headband by Missoni 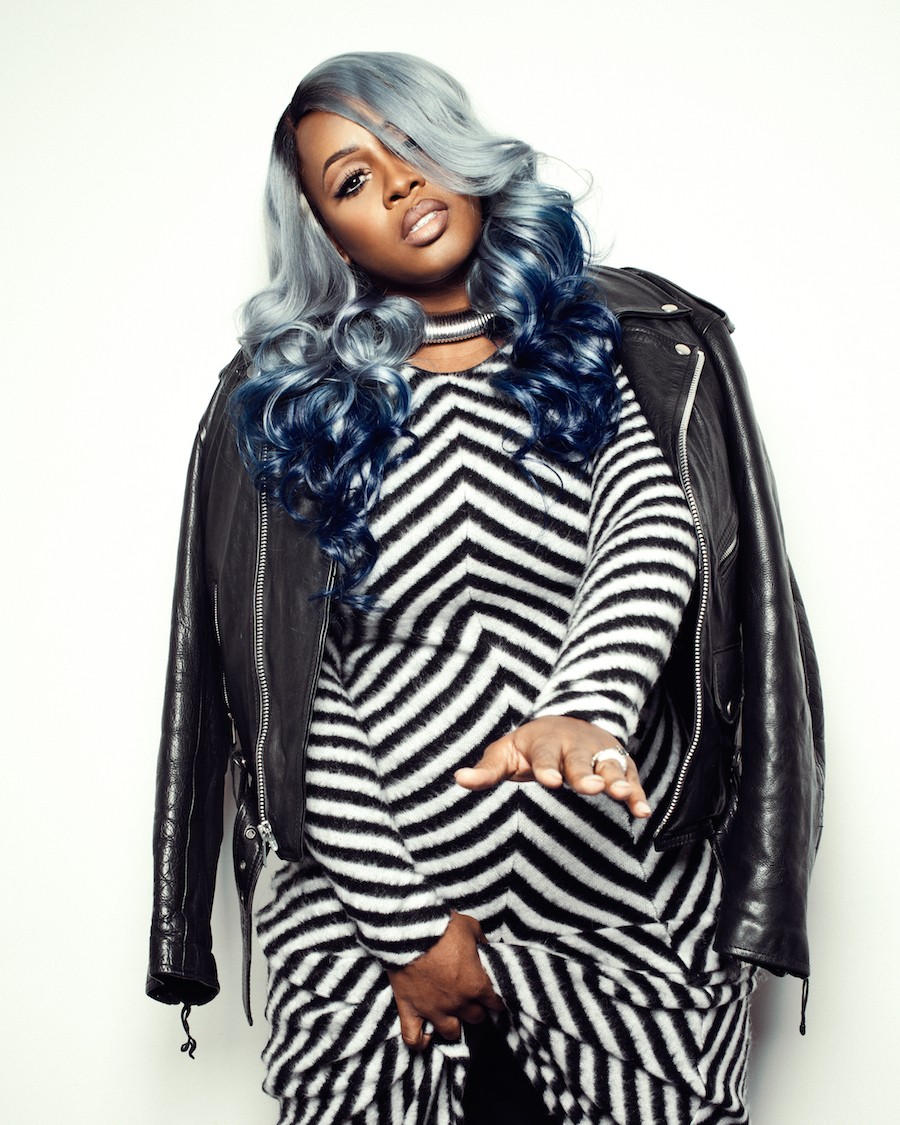 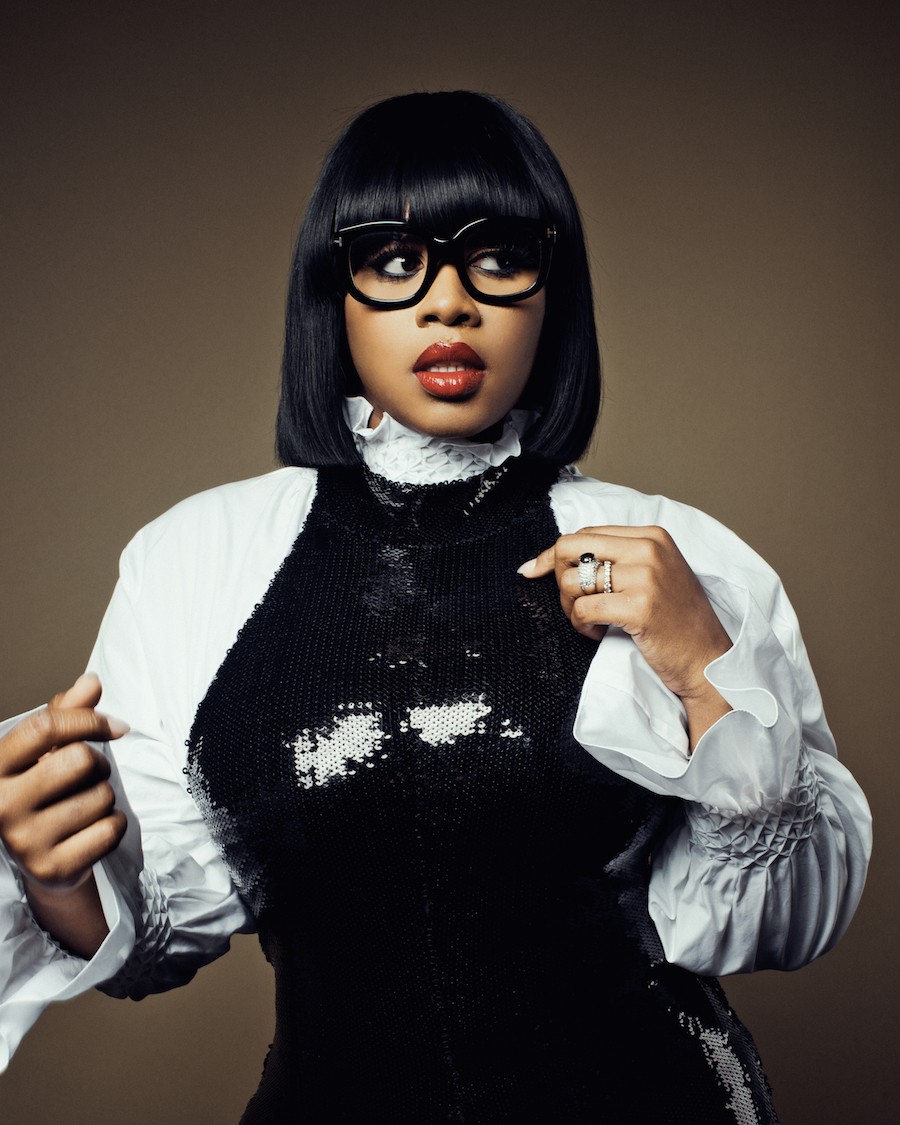 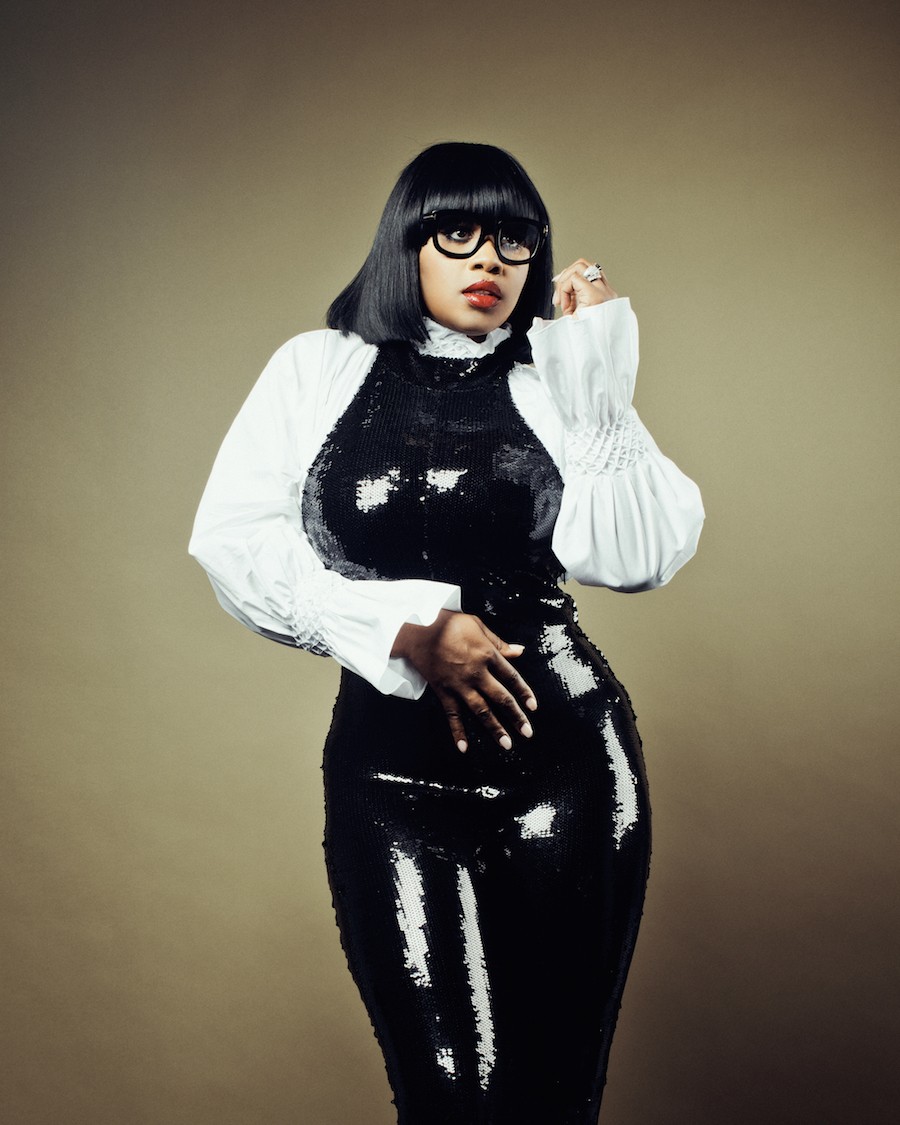 Society can only do so much. It may have told you as a woman you are less than a man or you're supposed to be cooking or whatever, but you don't have to take everything society throws at you and live that way. It's acquired thinking. I'm not saying don't take care of your man, because I do that, too, but I like to think of it this way: You know on the airplane when they tell you in the event of an emergency to put your mask on first? I'm a big believer in putting your mask on first. I think a lot of women have caused the whole 'women are not equal' nonsense to continue because they don't think of themselves first.

Obviously prison is horrible, but something I really noticed being around all these women was that it brings out a kind of sisterhood. In a lot of ways, it was comforting to be around all these other females because we had each other's backs. We were teaching each other things, we were supporting each other, we were watching out for one another. It is possible for women to stick together. I have seen the power of women working together. If women worked together the way they do at the lowest of lows, like they do in prison, I'm telling you, we would be amazing -- guys wouldn't be in charge of shit!

Plato O Plomo is a joint record I have coming with Fat Joe... Our main goal was to secure the bag, but also remain ourselves and stay relevant in what's going on today… I feel like whenever you hear about a family and who holds that family together, it's always the mother, the grandmother, the great grandmother, and I think you really feel that on this [album]. I'm also working on my next solo project right now called 7 Winters and 6 Summers and I think it speaks to that as well… I think it's important I show the many sides of myself on it. Today, I'm a mom, I'm a wife, I'm a businesswoman -- I am so many different things -- and as a woman, I owe it to the rest of us to show we are all those things.

I actually just became a founding member of the women's-only space, The Wing… I remember at the first event, I was there and it felt so good to see all these different women together not hating on each other. No one had to 'put on.' No one was tearing each other down. It was a beautiful thing. Anything that makes women want to uplift each other, I want to be a part of.